How Michael Collins came within hours of immigrating to Chicago

How close did the Big Fellow Michael Collins come to immigrating to Chicago? How different would his fate have been if he had? 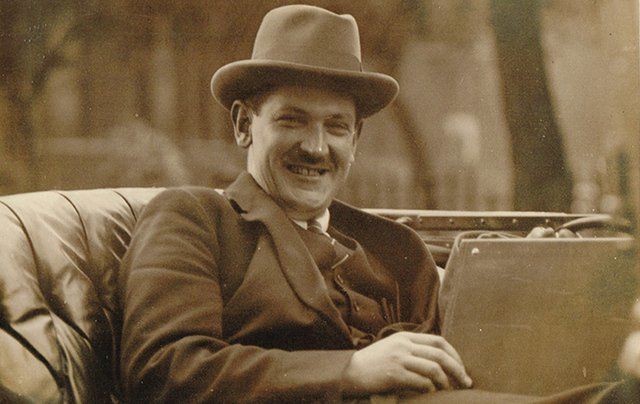 Recently the Irish Times reported that Taoiseach Enda Kenny met with descendants of the brother of Irish rebel leader Michael Collins in Chicago. According to the Times, “They presented him with artifacts belonging to the independence leader, including the hat Collins was wearing when he was assassinated, his grand-nephew Dennis Collins said. The hat was smuggled out of Ireland in the 1930s and sent to his grandfather, Patrick, the brother of Michael Collins, for safe keeping.”

Kenny called Collins “the hero of our nation,” and went on to speculate, “How different our history might have been if Michael had accepted that invitation but fate did not have it thus. Instead Michael Collins was not content to see things as they are and that’s why he dreamed of things that never were. More than that he made his dreams a reality, winning Ireland its independence and setting us on the road to the country that we are now.”

So how close did Michael Collins come to immigrating to the Windy City?

What we do know is that Patrick Collins arrived in Chicago at the turn-of-the-century and eventually joined the Chicago Police Force. According to Chrissy Osborne, author of "Michael Collins: A Life in Pictures" (Mercier Press), Patrick rose to the rank of captain. Her book contains a picture of the splendid Patrick dressed in his police uniform.

Joseph E.A. Connell, Jnr. in his just published "Michael Collins: Dublin 1916-22" (Wordwell), quotes brother Patrick: “Ten years ago [1915] I had a job all fixed for Mike with the First National Bank here in Chicago. He bought his passage and was all ready to leave for America when at the last moment he changed his mind. I think he was at the dock, ready to embark, when he backed out. I was sorely disappointed when I got a letter from him telling me that he couldn’t come to America. There was important work for him at home, and succeeding events bear testimony to this.”

In 1915 Collins was an itchy revolutionary-wanna-be working in London at a dead-end job. He was also in danger of being conscripted into the British army as WWI began to go from bad to worse, forcing the British to seek more fodder for the trenches. They looked to Ireland for this fodder.

Who better to turn to but Michael Collins himself for his version of the story? In "Michael Collins Own Story" by Hayden Talbot (Forgotten Books) he gives a story that seems to rhyme with his brother’s account. Talbot’s book was supposed to be Collins’ autobiography, but he was killed before it was finished. However, much of the book is written by Collins in the first person and is a remarkable document in itself.

Regarding immigrating to America Collins wrote: “It was in 1914, just before the declaration of war, that the chance came to take passage to New York. I could have gone under the most advantageous conditions, and with the one thing I had been looking for—a fair chance to get ahead. But when I laid the scheme before Tom Clarke…he advised me not to go. His reason satisfied me. He said there was going to be something doing in Ireland within a year. That was good enough for me. I changed my mind about going to America, and plodded along in my uncongenial job.”

Collins goes on to state, “Before the summer of 1915 was ended, however, I got the summons and hurried to Dublin.” This account is backed up by Geraldine Plunkett Dillon in her family history, "All in the Blood" (A&A Farmar). According to Plunkett Dillon, “Mick came to Ireland at this time in order to avoid having to register for national service, the first step to conscription…Joe [Plunkett] put Mick on his staff after only a few days; they got on very well together and Mick sometimes acted as Joe’s bodyguard, becoming deeply attached to him.” Collins went on to become Plunkett’s aide-de-camp and cared for the critically ill Plunkett in the GPO during Easter Week. Plunkett would be shot by the British for his part in the insurrection.

Read More: Michael Collins was a great lover as well as a fearsome fighter

So, the Collins-to-Chicago scenario seems to all tie together. Offered a great opportunity by his brother Patrick, he got an even better offer from Tom Clarke, the architect of the Easter Rising. Collins went on to fight in the GPO and after serving time at the Frongoch prison camp in Wales returned to Dublin and masterminded the guerrilla war that eventually defeated the British.

What would have happened if Collins had gone to Chicago? Was Chicago big enough for Michael Collins, Al Capone and Prohibition? The scenarios run wild. But I would not be surprised at all if on Election Night 1960 John F. Kennedy would have been calling Mayor Michael Collins, not Mayor Richard Daley, about how the vote was going in Illinois. Ireland’s gain was Chicago’s loss.