The practice of the local bone-setter was widespread in Ireland until the latter half of the 20th century. 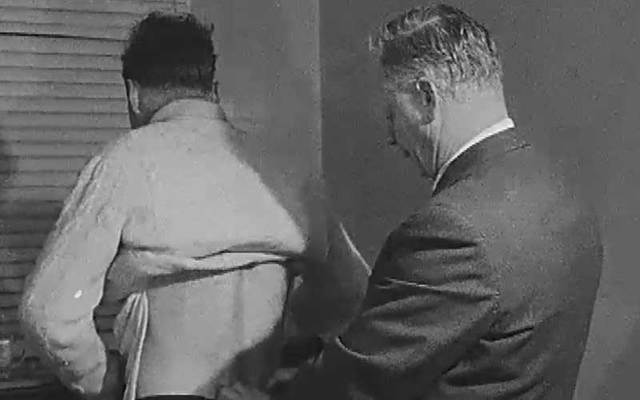 An RTÉ “Newsbeat” report on Heffernan aired in January 1967 RTE

The practice of bone-setting was once widespread in Ireland. The local bone-setter would treat patients using physical manipulation of the joints and sometimes massage or poultices.

Bone-setting was believed to be a gift that was inherited through a family lineage. The skill was not something that could be acquired through training. It was considered to be instinctual rather than learned.

Thousands of people used to travel to Drangan, County Tipperary, to be healed by famous bone-setter Jimmy Heffernan. The results of his work could almost be seen as miraculous.

In an RTÉ “Newsbeat” report on Heffernan that aired in January 1967, a farmer who was cured by him said: “I was crippled walking into him but when I came out, I was able to jump about.”

Heffernan was a farmer who started out practicing on farm animals and minor breaks in humans, but eventually left farm work to focus on bone-setting as a full-time practice. He did not advertise his services, but his work became well-known through word of mouth.

He would usually charge no more than a pound per session and often provided his care free of charge. Heffernan, who died in 2003, became so popular that people from as far away as England, Australia, and the United States would make the journey to see him.

Although you can still find bone-setters in Ireland today, their role in the community declined significantly in the latter half of the 20th century with the rise of osteopaths, chiropractors, and physical therapists.

"Newsbeat" was a half-hour program presented by Frank Hall that ran on RTÉ television from September 1964 to June 1971. The show reported on current affairs and issues of local interest from around Ireland.

You can find the 1967 RTÉ report on Heffernan here.