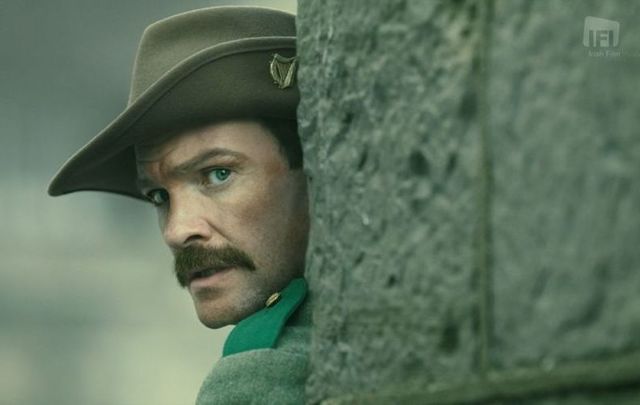 “Goodbye Darling,” now available on the Irish Film Institute's IFIPlayer, is one day in the enduring love story of Irish Volunteer Michael Joseph O’Rahilly and his wife Nancy.

It is day five of the 1916 Rising, and as the fighting intensifies, a concerned Nancy seeks comfort and diversion by playing the piano, unaware that her husband is leaving the beleaguered G.P.O. to lead the charge that will ultimately claim his life.

The short film, released in 2016, was directed Maria-Elena Doyle and produced by Fiona Kinsella, Deirdre Levins, Fantastic Films. It is now part of the Irish Film Institute's After ‘16 Collection.

About the Irish Film Institute's After ‘16 Collection

Funded by Bord Scannán na hÉireann/the Irish Film Board, After ’16 is a creative response by Irish filmmakers to the events of Easter 1916. This collection of nine short films is a mixture of live-action, animation, and documentary, and tells stories from the eve of the Easter Rising, all the way to the Troubles in 1970s Northern Ireland and beyond.

Following a premiere at the Audi Dublin International Film Festival in 2016, the films went on to screen as a collection at Galway and Cork Film Festivals, as well as at Irish film festivals around the world, including Boston and Toronto. The films also found audiences outside the cinema, with screenings at the National Museum of Ireland at Collins Barracks, and in Dublin City Libraries. The Party and A Terrible Hullabaloo were included in the official selection for Encounters Short Film and Animation Festival, Bristol. In 2017, The Party had the distinction of being nominated for a BAFTA in the Short Film category.

It is anticipated that the unique addition of downloadable notes for schools will expand the potential for greater appreciation by young people of our history and storytelling heritage.

“Goodbye Darling" is published here with thanks to the Irish Film Institute (IFI), who IrishCentral have partnered up with throughout 2021 to bring you a taste of what their remarkable collection entails. You can find all IrishCentral articles and videos from the IFI here.