WATCH: Footage from a Dublin neighborhood, Stoneybatter, in 1979

The old documentary captures the area at the end of the 1970s following people as they go about their daily business. 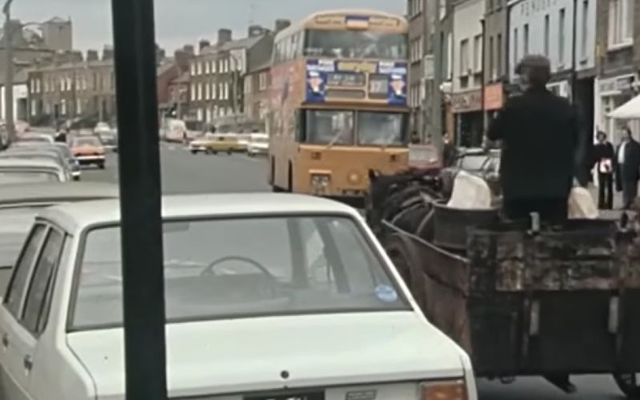 This archive footage offers a fascinating insight into one of Dublin's oldest areas during the 1970s.

Stoneybatter, located near Smithfield on the north side of the River Liffey in Dublin City, is the oldest place name in Dublin, dating back thousands of years to the days of the High Kings of Ireland and the Hill of Tara.

The name is derived from the Irish "Bóthar na gCloch" (Road of stones), which led to the Hill of Tara thousands of years ago.

The old footage captures the area at the end of the 1970s in 1979, following people as they go about their daily business.

Mac Thomáis described Mulligan as "the pride of Stoneybatter" before entering the establishment.

He then recited a short poem as images of Stoneybatter and nearby Arbour Hill appear on the screen.

"I've wandered north, and how I loved it, by Stoneybatter and Arbour Hill. And all around the morning star, where Dublin's poor are welcome still."

Today, Stoneybatter is one of the most sought-after areas in Dublin, boasting several cool bars and laid-back cafes.

The area also boasts a lively nightlife, while visitors can sample some of Ireland's best whiskey at the Jameson Bow Street Distillery.

Stoneybatter is fast becoming one of Dublin's most lucrative neighborhoods and was voted amongst the 50 coolest neighborhoods in the world by Time Out Magazine in 2019.