The British Israelite excavations between the years 1899 and 1902 in their quest to recover the Ark of the Covenant. 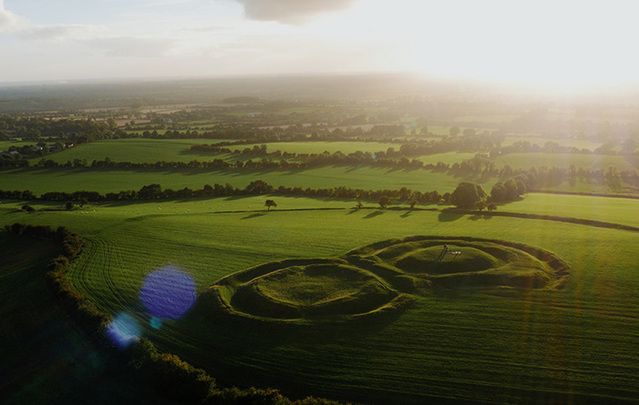 The amazing countryside at the Hill of Tara. iStock

One of the stories contained in "Tara The Guidebook," a new, richly-illustrated publication by the Discovery Program, is that of the British Israelite excavations between the years 1899 and 1902 as part of the quest to recover the Ark of the Covenant.

Those who carried out the excavations believed that Tara was a royal site in the British Empire and the ‘resuscitated Jerusalem’ in a new Israel. They developed their theories from a study of ancient texts, the Bible, early Irish mythology and literature, concluding that the Ark was buried at Tara in the grave of Tea Tephi, an Egyptian princess.

According to legend she was the daughter of a Pharaoh and came to Ireland in the 6th century BC and married Éirimon, a King of Tara. British Israelites wanted to present the Ark to Queen Victoria as they believed that Tea Tephi was the ancestor of the English Kings and Queens. Victoria was interested in Tara herself and had in her possession two replica Tara brooches for her wardrobe (she wasn’t to know that the original brooch wasn’t found at Tara!)

Read more: What you should know about the Tara Brooch

Cultural nationalists, including the Nobel prize-winning poet W.B. Yeats; Irish scholar and later President of Ireland Douglas Hyde; the founder of Sinn Féin, Arthur Griffith; and the novelist George Moore protested the British Israelite excavations because Tara was the capital of ancient Ireland and the seat of the High Kings.

Yeats, Hyde and Moore wrote a letter to The Times of London, dated June 27, 1902, stating their objections and describing Tara as ‘the most consecrated spot in Ireland.’ Maud Gonne, the flamboyant Irish nationalist and muse to W.B. Yeats, organized a protest on Tara with hundreds of children on July 13, 1902.

W.B. Yeats was among those who wrote a letter to The Times of London stating their objections.

The landlord, Gustavus Villiers Briscoe, who had given permission for the British-Israelites to dig at Tara had prepared a bonfire to celebrate the coronation of Victoria’s son, Edward VII. Maud Gonne lit the fire and sang the rebel song ‘A Nation Once Again’ in honor of an independent Ireland.

Tara is one of the great prehistoric royal sites of Ireland. It is debated by archaeologists whether the ascription ‘royal’ is applied retrospectively because of the association of kings with Tara in the medieval period. 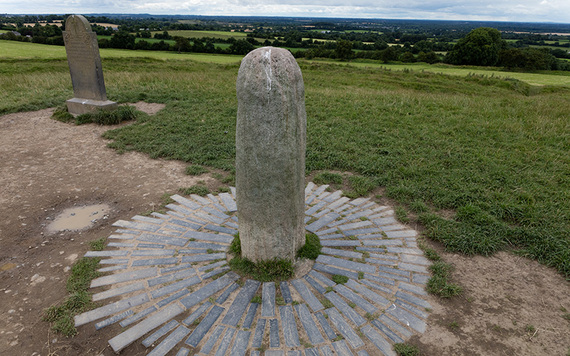 The ancient Stone of Destiny on the Hill of Tara.

Mythical and historical kings and queens feature in the book including the historical ninth century Queen Lann who buried three husbands, all kings, and had a very interesting and complicated family life (it would surely be fodder for red-tops if she lived today!) Niall of the Nine Hostages, Cormac mac Airt and Conn of the Hundred Battles also make appearances.

The diversity of monument types on Tara reflect the multi-period nature of the site and its importance in the landscape over millennia. The Tara complex was used mainly for ritual and religious purposes and as a cemetery but there is also evidence for settlement. The earliest monument on the Hill is the Mound of the Hostages, a passage-grave dating to approximately 3,500 BC. 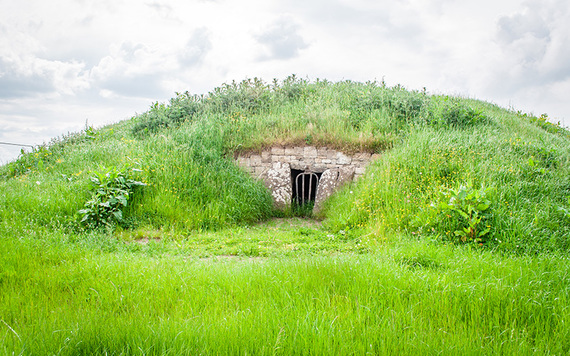 Mound of the Hostages on the Hill of Tara.

This tomb was reused in the Early Bronze Age and contained many burial urns and cremated remains. One burial was of a young boy, aged 14 - 15 whose skeleton was unburned. He was buried with grave goods including a composite necklace, consisting of bronze, amber and jet beads. When he was discovered during excavations in the 1950s the excavator wondered if he had just discovered the tomb of a Boy-King of Tara.

However, unlike the Mound of the Hostages, most of the monuments on the Hill of Tara retain their mysteries and have yet to be excavated. The study of Tara began in the medieval period with scholars sometimes imagining very flamboyant uses for the monuments. The Banqueting Hall, for example, was believed to have been a very ornate building used by kings to hold their sumptuous feasts. Certainly, Tara was important politically to the institution of kingship in the Medieval period.

Who the kings governed and how those people lived and the artifacts they left behind are discussed in this book. Medieval accounts influenced nineteenth century antiquarians who studied Tara. George Petrie, known as ‘the father of Irish archaeology’ published the first interdisciplinary study of Tara in 1839. While the first scientific excavations didn’t happen until the 1950s, the tradition of interdisciplinary research is continued to this day by the Discovery Program.

Scholars still wrestle with the mysteries and meaning of Tara. Who built it and why? Perhaps it was the ordinary people who lived on the landscape at the time the monuments were constructed. Tara, for a very long time during prehistory, must have been at the center of power as it had an organizing force which could get able bodied people to spend months and in some cases, years, constructing a passage tomb, a cursus or ceremonial walkway, huge ceremonial enclosures, henges and barrows (for burial).

The process of building funerary monuments held huge symbolic significance for the builders and the communities from which they came.  Recent excavations have revealed very important medieval settlement sites in the wider Tara landscape. Tara still has great importance in the psyche of the Irish people globally and remains central to a sense of Irish identity.

The Proclamation and the Sacred Ground

One hundred years after the British-Israelite controversy, Seamus Heaney, like Yeats a Nobel prize-winning poet, was involved in a protest over the construction of the M3 motorway, which ran through the wider Tara landscape. Heaney wrote that the road ‘literally desecrates an area - the word means to de-sacralize and for centuries the Tara landscape and the Tara sites have been regarded as part of the sacred ground.’ 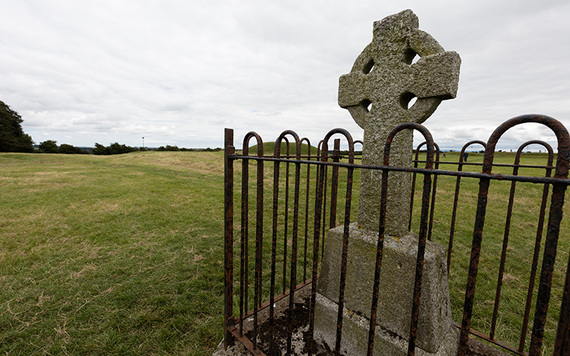 Celtic Cross on the Hill of Tara.

It was this idea about Tara which prompted Patrick Pearse to express the wish that the proclamation of the Irish Republic would be read on the hill in 1916. That didn’t happen because of the issuing of the countermanding order by Eoin MacNeill. But the reading of the proclamation eventually took place on 28 March 2016, during the centenary commemorations of the Easter Rising. According to Heaney “If ever there was a place that deserved to be preserved in the name of the dead generations from pre-historic times up to historic times up to completely recently, it was Tara.”

* "Tara The Guidebook" is available from www.amazon.co.uk or directly from The Discovery Program: aoife@discoveryprogramme.ie.