Revelatory letter and other personal effects of movie star up for auction in Beverly Hills. 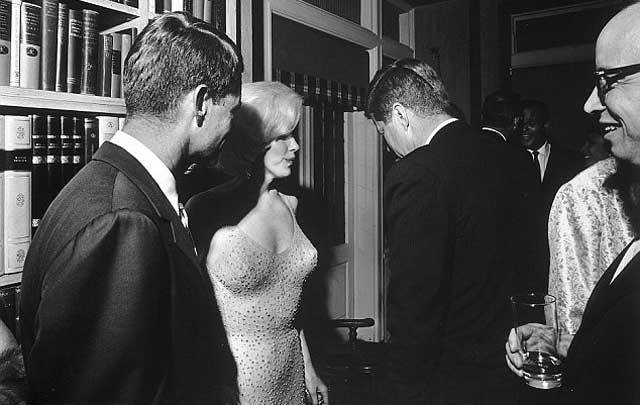 A letter was found recently that appears to confirm the long-held rumor that Bobby Kennedy and Marilyn Monroe had an affair.

In the two-page letter, which was written in the early 1960s, Jean Kennedy Smith, the sister of President John F. Kennedy and Robert F. Kennedy, writes to Monroe: 'Understand that you and Bobby are the new item! We all think you should come with him when he comes back East!'

Gossip about the couple’s relationship began after the two were photographed together at a number events. However, there was no concrete evidence to confirm they were in a romantic relationship.

Those who were present at JFK’s 45th birthday party in 1962, in which Monroe sang ‘Happy Birthday,’ have said that the actress went after Bobby Kennedy right in front of his wife Ethel.

“She literally pinned him against he wall, and she had him trapped,” claimed pollster Lou Harris.

“Ethel got so disgusted. When she got him home, she said, ‘That's the most disgusting thing I've ever seen.’”

Read more: Bobby Kennedy, a healer between the races needed more than ever in US

The letter was auctioned, along with some other personal items belonging to Monroe, in Beverly Hills, California on November 17, the Daily Mail reports.

“There's always speculation about her relationship with the Kennedys and this speaks to the fact that there was in fact a relationship between Robert Kennedy and Marilyn Monroe,” said Martin Nolan, executive director of Julien's Auctions.

Other items up for auction included a receipt for a bottle of champagne, Monroe’s 1947 contract with Twentieth Century Fox, and a recipe for stuffing jotted down on a slip of paper with an insurance company's letterhead. Also up for sale is her final checkbook, which shows payments to the window cleaner, her maid and the New York Telephone Co., and $200 to herself marked as “cash for trips.”

“Marilyn kept everything. She was a hoarder,” said Nolan.

“She bought a pound of butter, she bought a bottle of tonic water she kept the receipt. It's incredible. We have a pair of strap sandals that she wore when she was Norma Jean, probably 1943, 1945. And all the money she made and how famous she became and she kept those.”

The auction also had items for sale that the public has never seen before, including a first-edition, hand-bound, 1957 volume of Monroe's third husband Arthur Miller's plays dedicated to her.