The village of Ardagh in West Limerick will be a hive of activity over the next couple of weekends as its inhabitants celebrate the 150th anniversary of the discovery the Ardagh Chalice. 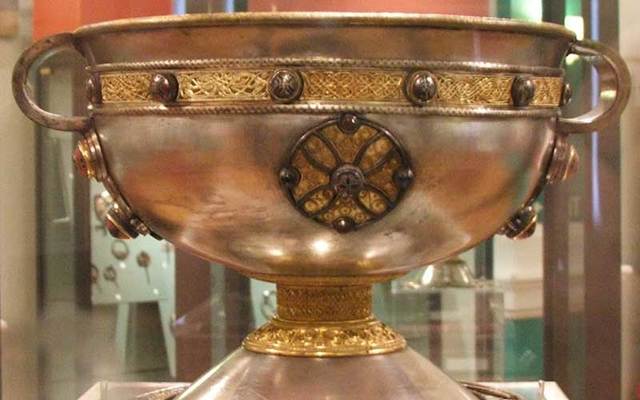 The village of Ardagh in West Limerick will be a hive of activity over the next couple of weekends as its inhabitants celebrate the 150th anniversary of the discovery of the Ardagh Chalice.

The chalice itself dates back to the 8th century AD, and was discovered in 1868 by some men digging potatoes in a ring fort in the Ardagh area.

According to the National Museum of Ireland, where the chalice now resides, “The Ardagh Chalice represents a high point in early medieval craftsmanship and can be compared in this regard to the Tara Brooch and the Derrynaflan Paten.”  The chalice was mainly used to give out wine during a Mass service.

Check out a little throwback history of the find:

The chalice has been revered since its discovery and acted as the design model for the Sam Maguire Cup, which is given to the county team that wins the annual All-Ireland Senior Football Championship.

The people of Ardagh decided to commemorate the 150th anniversary of the Chalice this year by having a festival that started on September 21 and runs through the end of the month. The folks at St. Kieran’s Heritage Association are spearheading the efforts, and their mantra “every future has a past, let's ensure our past has a future!” is something that should resonate with everyone.

For anyone in Limerick this weekend, here is a sample of some of what’s going on:

So, if you happen to be in or around Ardagh this or next weekend, visit http://stkieransheritage.ie/ to see what’s going on. Or if the Ardagh Chalice intrigues you and you happen to be visiting Dublin, visit the National Museum to see it in person, free of charge.