Protest letters began pouring in after Kennedy served cocktails at his first official event as president. 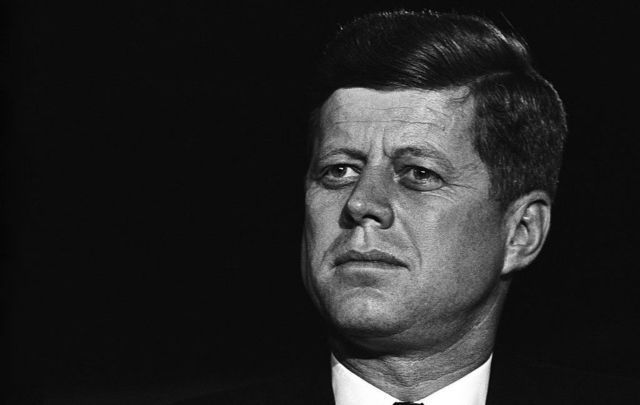 Letters discovered by researchers at the John F. Kennedy Presidential Library and Museum reveal many Americans objected to President Kennedy having cocktails at the White House.

The letters began arriving shortly after the new Catholic president held his first official event in January 1961 -- a reception to honor Kennedy's appointees.

“For the first time, there was a bar in the State Dining Room, with waiters to stir up martinis or pour vodka, Scotch, bourbon, or champagne,” The Washington Post reported.

The protest letters - typed and written - began pouring in.

“Dear Mr. President, I think many feel humiliation and disgrace over our nation today when we learn of our White House turned into shameful drunken all-night carousal and dancing,” wrote Edith Fritz, of Idaho. “Dignity previously engendered — gone. May God have pity upon your poor soul.”

Kenneth P. Kennedy of Sparta, Illinois, (no relation to JFK) penned: “Liquor dulls the brain and loosens the tongue. Can we risk our national and international security on such potential incompetence?”

Ruby Turner, of Dunkerton, Iowa, wrote: “Our nation was founded by men of Christian ideals. Let’s keep it that way."

Kennedy's predecessor, President Dwight D Eisenhower, was no teetotaler, but scholars say his White House was for the most part cocktail-free.

According to the Associated Press, these newly discovered letters shed new insight into President Eisenhower’s handoff to Kennedy and the “strikingly different attitudes” that people of the time held about alcohol at official functions.

Read More: Why hasn’t there been a Catholic President since JFK?

The Kennedy administration played down the public’s reaction, claiming it received far more letters about civil rights unrest and the Cuban missile crisis.