A watercolor by Jackie Kennedy is up for auction

The original painting and other items are being auctioned in conjunction with the 100th anniversary of JFK’s birth. 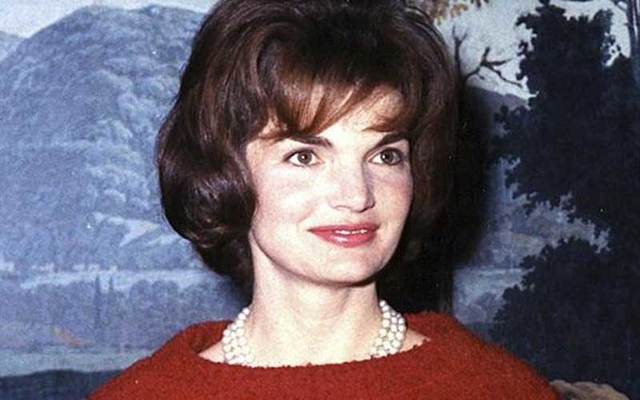 An original watercolor painting by Jacqueline Kennedy Onassis is up for auction.

The 6½-inch by 8-inch artwork was painted by the then first lady in 1963 and given to her brother-in-law, Stanislaw Radziwill. The painting depicts him walking with Kennedy adviser Chuck Spalding.

The painting, along with Jackie’s Cartier watch, her maternity dress, and a hand-annotated speech by John F. Kennedy that he later incorporated into "Profiles in Courage" are being auctioned in conjunction with the 100th anniversary of JFK’s birth, according to the Associated Press.

The watch, which was given to Jackie by Radziwill, and the painting commemorate a 50-mile hike that Radziwill undertook as part of the President Kennedy's fitness initiative. The former first lady joined the hike briefly.

Christie's described the watch and painting as "two of the most important historic artifacts to surface in recent years from the golden era of the Kennedy Presidency."

"Together with Jackie’s painting, these two objects capture the spirit of another era, a time where friendship and the 'can-do' optimism of the generation seemed to make anything possible," John Reardon, international head of Christie's watch division, told Reuters.

The items are being offered as a single lot at Christie’s Rare Watches and American Icons New York sale on June 21.

The seller wishes to remain anonymous.

The presale estimate is $60,000 to $120,000. A portion of the proceeds will benefit the National Endowment for the Arts.