The remains of a logboat dating to the Neolithic period have been discovered in the River Boyne close to the Brú na Bóinne. 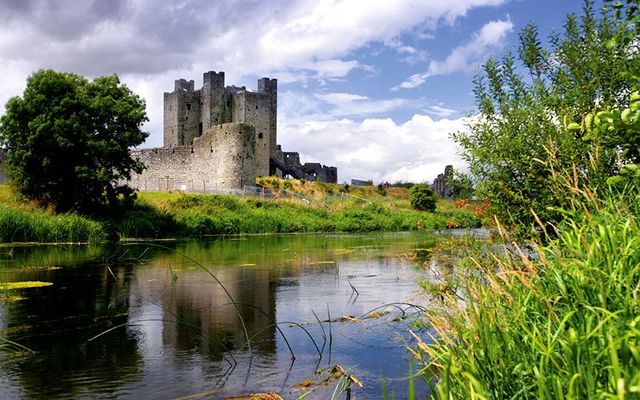 The remains of a logboat dating to the Neolithic period have been discovered in the River Boyne close to the Brú na Bóinne.

Although it is one of 11 logboats found in the river, it is the first one found dating to this period, which coincides with the construction of the great passage tomb complexes of Knowth, Dowth, and Newgrange.

The remains of the vessel consisted of a piece of wood three meters long which would have formed the base of the boat. The logboat, which was shaped out of the trunk of an oak tree using stone axes, would have been about 4 meters long originally.

According to Ireland’s Department of Arts, Heritage and the Gaeltacht, the vessel’s wood has been radiocarbon dated to between 3,300-2,900BC.

The vessel was found in 2016 by four local anglers fishing at the river at Oldbridge, Co. Meath. The fishermen, Stephen Murphy, Kieran Mahar, William Gregory, and David Johnston, reported it their discovery to the heritage authorities.

This discovery is 1 of 11 logboats found in the River Boyne. This is the first found to date to the Neolithic period – a sample of the wood has been radiocarbon dated to between 3,300-2,900BC, the same period of the construction of the passage tomb complexes of Knowth & Newgrange pic.twitter.com/Zvmmjq2VRR

The National Monuments Service Underwater Archaeology Unit and the National Museum of Ireland worked together in recording the boat and carefully removing it from the river bed. It is currently undergoing conservation.

Heritage Minister Josepha Madigan said: “This new knowledge adds to the wonderful archaeological discoveries made this summer across Brú na Bóinne and enhances our understanding of the people within this special landscape, so dominated by the great River Boyne which would have played such a central part in their lives.”

The ancient tomb of Newgrange, in the Boyne Valley, Meath.

She added: “It is tempting to ponder the part such a vessel might have played in the construction of these burial monuments and the lives of those who built them, in ferrying people along the river and transporting materials and stones used to build the great tombs.

Read more: The miraculous discovery of the ancient “rolling sun” at Croagh Patrick