Find out how you can win a delightful hamper inspired by nature. Plus an extract from the Moon Mná Diary-Journal on the Ash Tree: one of Ireland's oldest native sacred trees. 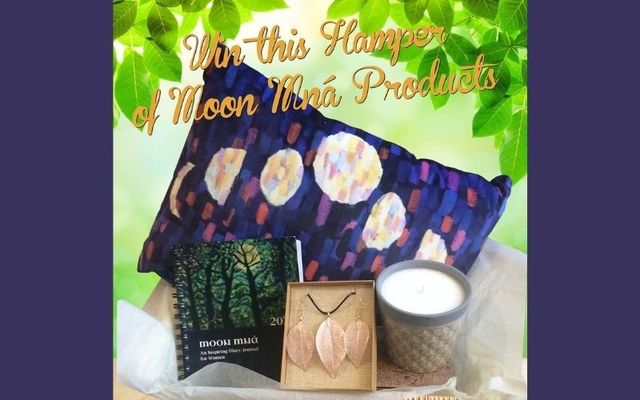 Win a fabulous hamper of products from the Celtic company 'Moon Mná' in partnership with the Irish Heritage Tree.

Moon Mná Women's Celtic Circles is an international community of women, whose heart beats with Celtic soul and is for those who love the Moon, Celtic and nature-inspired books, diaries, journals, and gifts.

This month Moon Mná is giving one lucky IrishCentral reader a chance to win a hamper of the best products from their online store.

Inside this delightful hamper, you will find a Moon Mná annual Reflective Journal and Diary 2022, matching leaf pendant and earrings set,  a 'Phases of the Moon' luxury velvet art cushion, and a gorgeous fragranced soy wax candle pot.

If you would like to enter the competition to win a Moon Mná hamper, all you have to do is complete the form below:

The Ash Tree: one of Ireland's oldest native sacred trees

An extract from the Moon Mná Diary-Journal 2022 by Dr. Karen Ward. 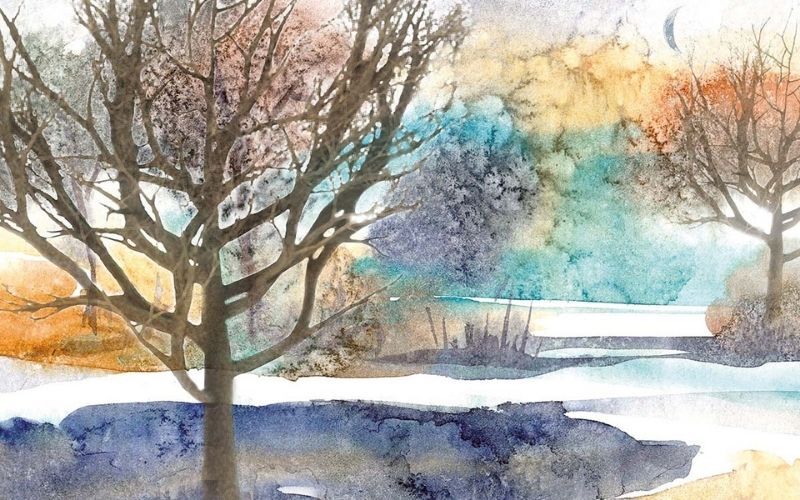 Three of the five ancient Irish ‘Guardian or Chieftain Trees’ were Ash – The Tree of Uisneach, the centre of the island, The Tree of Daithí, Fabill, Co. Westmeath and the Tree of Tortu at Ard Breccan, Co. Meath.

Most people do not realize that this deciduous tree is part of the Oleaceae Olive family that is native to the Celtic Isles. In Irish Gaelic Fuinseog and Nion, and in Latin Fraxinus Excelsior, Ash can grow to a height of 150 feet (45 m) and in a sunny, well drained moist soil may live for hundreds of years.

The compound leaves of five to thirteen ovals have toothed margins which are green in Spring, and glorious yellow, orange, red and purple during the Autumn. The miniature purple flowers are arranged in clusters with the male and female on separate trees pollinated by wind. The distinctive brown winged seeds known as Ash keys stay until Spring with large black buds on the twigs in Winter.

Did you know that...

Ash was used to make bows, spears, walking staffs and carriages because of its great strength, lightness and elasticity? Nowadays used as excellent firewood and potash and prized for oars and hurleys – the unique wooden sticks for playing Irish hurling and camogie. Its natural chemical glucoside fraxin has anti-inflammatory properties which helps with rheumatism and arthritis. 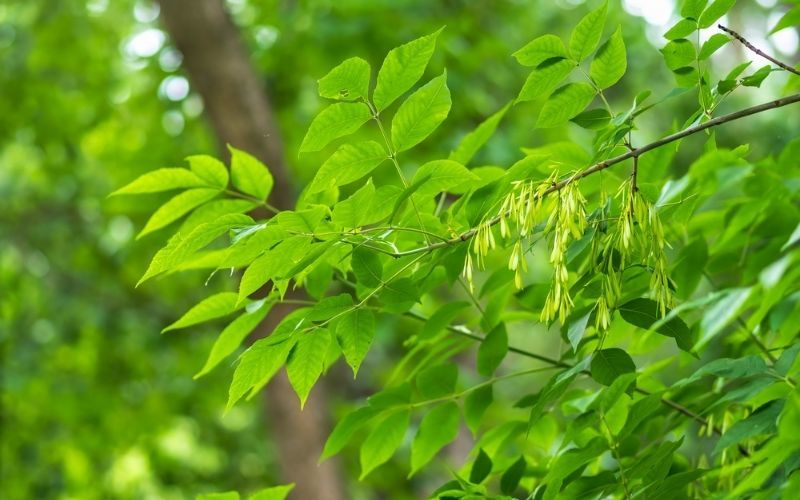 As the Ogham tree for the 3rd Lunar month Feb 18 – March 17, the Ash is a symbol of strength, protection and caring. In Viking mythology, Yggdrasil, the Great World Tree was an Ash where God Odin created the first human. In England, the Wassailing tradition of the hot cider was served in the community by Ash fires at Winter Solstice. In Greek mythology the Ash prevented drowning and as a talisman offered privileged access to the mystical Underworld.

"On freezing February nights in Ireland, I feel drawn to the hearth, where warm flames flicker orangey light in the dark. Given that this is the time after Imbolg, the ancient festival falling midway between Winter Solstice and Spring Equinox, I suspect the magnetic pull towards the flames may be a visceral urge. This, after all, is the beginning of early Spring, a time when our ancestors lit flaming torches and gathered around bonfires while tales and music mixed with fire sparks beneath darkened skies. 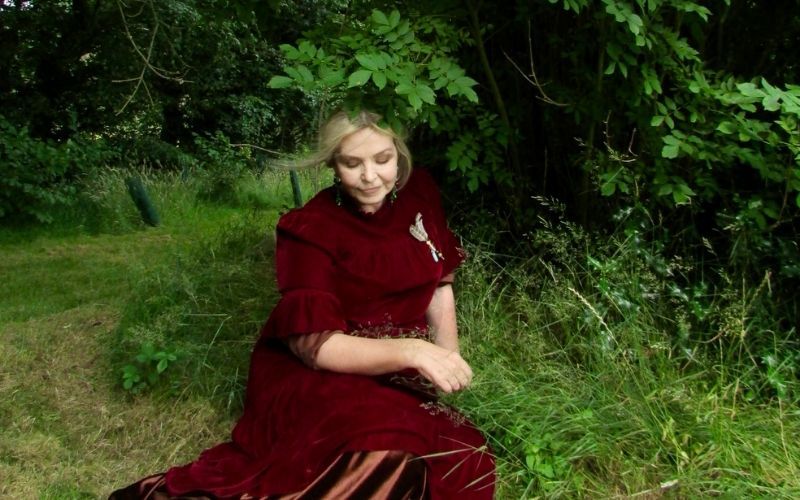 This is the month in which we remember Brigid, the Celtic goddess, described in mythology as a member of the Tuatha Dé Danann (the tribe of the goddess Danu), the daughter of Dagda and the mother of Ruadán. Brigid’s crosses - particularly those woven from straw - often had a twiggy base. I like to imagine them being made from twigs of Ash, a native Irish tree whose energy draws me.

The Ash was once deemed so powerful that, we’re told, more than half of the handful of sacred trees tasked with guarding ancient Ireland belonged to this magnificent native species. I’m a protector by nature.

It was my instinct to stand with the underdog that first drew me into law, a profession I practiced briefly in my early years.  It was the same instinct that later brought me into full-time work with rough sleepers. The same pull that drew me to wildlife rehabbing and animal rights advocacy. The same fierce, protective pull that today makes me a fervent champion of equality for all - irrespective of race, colour, gender or orientation - and a ditching of the labels that confine the potential of who we all might be.

Talking of potential, the Ash has surely reached hers, and not just because of the height to which her magnificent branches reach towards the skies, the sheer strength of her body, and the depth to which her roots reach deep into the earth. It’s at the trunk of the Ash that I often begin my shamanic journeys - through the light, half-light and dark that comprise the territories of consciousness.

For me, February is a time of magic and extremes, with budding daffodils as often illuminated by electric storms as they are covered by snowflakes. Yet, while this may provide a glimpse of the landscape, it’s not the full picture. For that, paint in the majesty of the month’s Moon against a starry sky, and the wind carrying the night call of vixens. Ireland’s early Springtime is a golden glory, rough ground brightened with flashes of colt’s foot and delicate chickweed underneath the mighty Ash and yellow banded bumblebees flitting busily nearby." 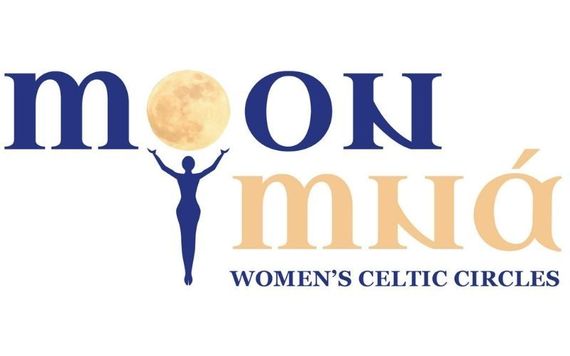 Moon Mná Women's Celtic Circles is an international community of women, whose heart beats with Celtic soul, mná being the word for women in the Irish Gaelic language and pronounced ‘meh-naw’. We commune daily through the pages of the Moon Mná Diary-Journal while gathering online for Lunar Gatherings and ceremonial Rites of Passage Courses. Find out more here.

This article is proudly presented in collaboration with Moon Mná and Irish Heritage Tree Program.