In search of descendants to Ireland's Great Hunger bride orphans

Mountbellew Workhouse Orphan Girls Project's search for descendants of Tully sisters and others, from Galway, in the US. 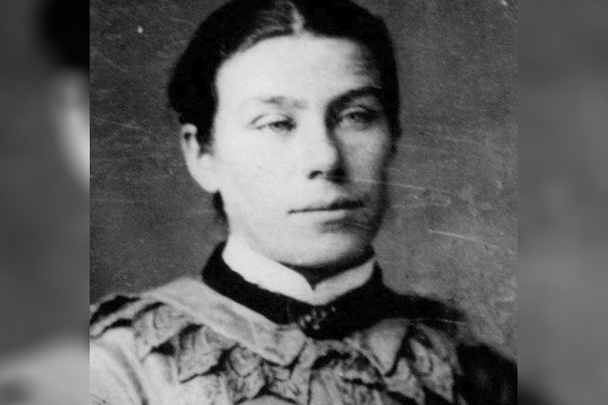 Could you be descended from Irish women shipped to colonies from Irish orphanages and poorhouses during Ireland's Great Famine? Perhaps your family has connections to Catherine and Biddy Tully? Here's their story.

In 1841, Ireland had a population of over eight million people, and land ownership was mainly held by landlords who owned vast amounts of land. Most people were living on smaller farms and depended on the potato as their main staple diet. Other food crops such as barley, corn, and grain were exported to England. These small farmers grew potatoes and a few seasonal vegetables to feed their families.

This led to disastrous effects when in the period between 1847- 1852 a series of potato blight struck. This became known as An Gorta Mor, the Great Famine, and led to the deaths of a million people but also a catalyst for mass emigration. Many people ended up in Workhouses as a direct result of the famine.

The Irish workhouses were designed to give relief to the poor by way of shelter and food. It was based on an English system. The British government believed it to be the most effective way of dealing with poverty in Ireland.

By 1845, 123 workhouses had been constructed, one per district or poor law union. The cost of poor relief was met by the payment of rates (a tax) by owners and occupiers of land and property in that district. Each poor law union was overseen by a Board of Guardians which consisted of elect members, magistrates, and justices of the peace. 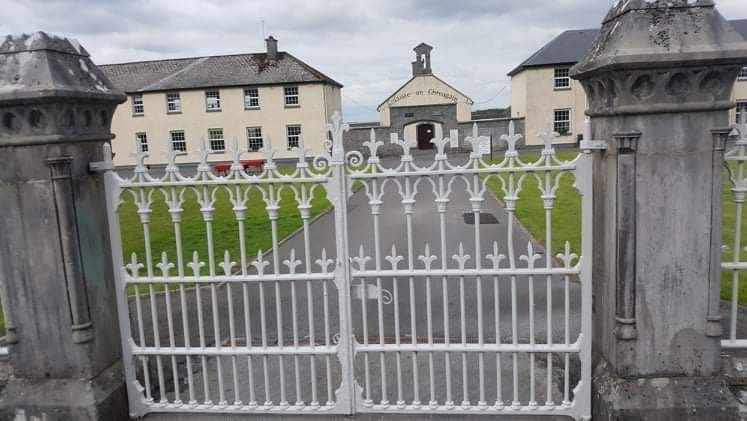 Mountbellew Workhouse was one of the new Poor Law Unions created in Ireland between 1848 and 1850. The new union was formally declared on Feb 22 1850.

The Guardians met each week. They were made up of elected guardians who owned property worth over 25 pounds a year. Each Workhouse had a Board of Guardians, Clerk, Treasurer, Relieving Officer, District Medical officer, Master, Matron, Chaplain, Schoolmaster or mistress, workhouse medical officer, nurse, porter, superintendent of outdoor labor and overseer.

The county was very much affected by the famine of 1845-47. The population had fallen due to deaths and emigration.

A group of young girls was transported to Australia on the Palestine ship in 1853 from the Mountbellew workhouse. It was renowned that these bride-ships carried destitute girls from orphanages, poorhouses, or had a sponsored fare during the Great Famine.

The minutes for September 1852 reveal that the Union was preparing to assist with the passage of the workhouse girls.

”That Lieutenant Saunders Emigration Agent had selected 30 of the female inmates for passages to Van Diemen land by the ship Travencore which will sail from Plymouth on 23rd Inst and from the limited time given to have the outfit necessary for them prepared he purchased 500 yards of grey calico for the requisite number of shifts, which are complete and prayed the Boards sanction to his so doing: he submitted the following list of articles necessary to complete the outfit prescribed by the Colonial Land and Emigration Commissioners and requested the Boards attention to same viz: 40 yards calico, 210 yards, flannel, 540-yard cotton, 360 yards cashmere and 120 towels. Resolved: That the Master be authorized to purchase the above articles required.”

The Union also had to pay for the cost of the steamer trip to transport the young women from Ireland to Plymouth, on the southwest coast of England.

In Plymouth the girls underwent one final inspection, to ensure they were fit to travel. If passed, they were assembled in a dormitory until there were a sufficient number of them to board the ship for the three-month voyage from Plymouth to Australia.

After the first successful deployment of the Travencore, another list of passengers was drawn up and the Palestine later set sail from Plymouth on Nov 26 1852.

On Nov 12, 1852, Mountbellew Workhouse minutes in the next batch of girls selected to go to Australia, four orphan girls were ill in hospital their names were Bridget Summers, Catherine Kerrane, Bridget King, and Mary Flynn. As it turns out, Mary Flynn recovered and was fit for the voyage, Catherine Tully from Castleblakeney, Mary Dooley from Clonbrock, and Mary Mannion from Ballinakill replaced the ill girls. 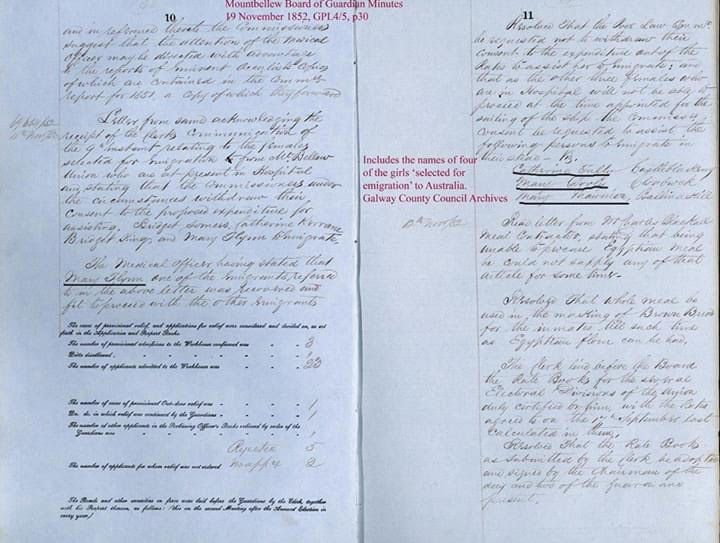 Girls between the ages of 15 – 22 were normally selected. It is difficult to know whether the girls chosen were happy with the prospect of leaving their homeland, families, and friends to go to a land far away. But these were desperate times where they were surrounded by hunger, death, and apathy.

The prospect of new clothes, a better life, and paid work seemed like a good opportunity. While the purpose of the Earl Grey scheme and assisted schemes was to relieve overcrowding in workhouses in Ireland, it was also to deal with the shortage of women in the British colonies. Hence the name Bride ships!

The young women recruited for the assisted passages to Australia didn’t require a trade, but they were expected to work as domestic servants on arrival in Australia until they reached an age to marry. It was noted through research that some of the girls did not have basic skills such as sewing, milking cows, or making bread and this had on occasions caused difficulties in the areas where they went to work.

This is where their life stories begin! They led interesting lives.

The girls that set sail on the Palestine ship from Mountbellew Workhouse were:

The trip and voyage to Australia

The orphan girls arrived in Western Australia on April 28 1853 after five long and probably terrifying months at sea. It was feared at one stage the ship was lost at sea due to bad storms.

Once they arrived in Western Australia (the Swan River Colony) it was said they had to walk 60 miles to their final destination as told by their descendants. It was a remote and an undeveloped place, hot and often inhospitable climate, this colony was not an inviting and welcoming place.

Their aim is to source relatives here in County Galway. Once they have connected with all the descendants, the group wants to ensure their stories are told and try and reconnect them with their ancestors here in the community.

Some of these were classed as orphans, but in reality, some did have at least one parent still living when they left for Australia. The group feels that they deserve to be remembered and honored.

Great strides have already been made in Australia to date and connections with quite a few of the Orphan girls’ descendants. They are so excited about this project and eager to assist.

Mountbellew Workhouse Orphan Girls project have begun to record their stories through the connections made with their descendants and highlighting their legacies. To date, the project been successful in making connections in the local community.

The Story of Catherine and Bridget Tully, Co Galway

Catherine Tully was born in Castleblakeney in 1830. Her father was John Tully a small farmer. It is believed she was from a large family.

She and her sister Bridget (Biddy) were two of the workhouse orphan girls that traveled on Palestine. Catherine replaced one of the girls who was deemed too unwell to travel to Australia.

She met Joe Watkins not long after arriving in Australia and they went on to have five children.

It was later discovered Joe Watkins was already married; he had a wife and child in the United Kingdom. Joe was a Teamster and was away from home a lot.

Catherine known as Kate lived near Bridget and often visited her sister, especially when her husband was away.

In 1863, Joe Watkins ended up in prison and Kate was left to raise the children on her own. It must have been a struggle for her, as not long after this Kate disappeared and her sister Bridget and Sam Willis took on the care of her children.

Throughout the children’s lives, their father came and went. Through discussion with various descendants of Kate, it appears that she never returned to Ireland. As the children grew older they went on to work on large farms as servants and married in the locality. Joe Watkins, their father, died in 1901.

Bridget Tully, sister to Catherine, married Sam Willis on Aug 8, 1854. He was a convict from the United Kingdom. He arrived on the ship Sea Park in April 1854.

They had a small farm in York. They didn’t have any children of their own.

It was said that Bridget was a deeply religious woman. Neither Bridget nor Kate could read or write.

Through the assistance of the descendants of Tully girls children, the Mountbellew Workhouse Orphan Girls project has collated the stories of their lives, wonderful photographs, and connected with many of the extended family. The project members are exceedingly grateful to these descendants for making this information available to the group.

These are the daughters of Catherine Tully and Joseph Watkins: 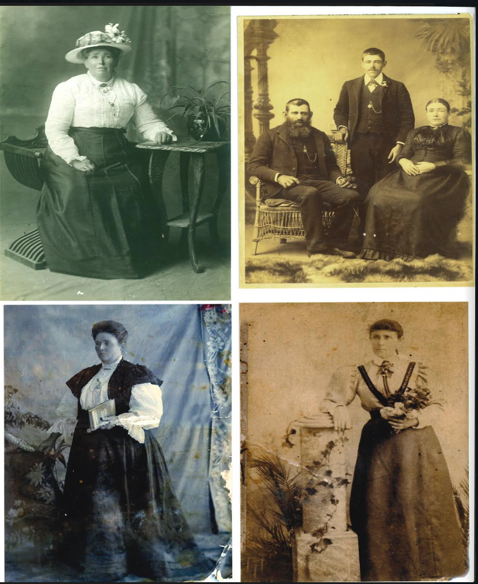 It is hoped that contact can be made with possible Tully descendants in the USA, as there was a large family and it was thought some of them went to the USA.