A detective in Florida has been granted a warrant to search the personal genomics database and genealogy website GEDMatch after it tightened its privacy policies in the wake of the Golden State Killer case. 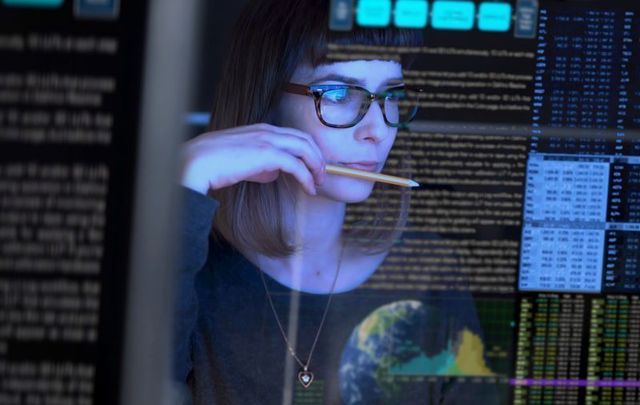 A judge in Florida has granted police permission to search some one million genetic profiles on the site GEDMatch in hopes of closing unsolved criminal cases.

The judge’s warrant is believed to be the first of its kind.

The New York Times reports that Detective Michael Fields, based in Orlando, Florida, revealed at the recent International Association of Chiefs of Police conference in Chicago that he was granted a warrant to search the personal genomics database and genealogy website GEDMatch.

Detective Fields reportedly declined to share the language that was used in the warrant.

The decision comes about a year after information gathered from GEDMatch was used to arrest Joseph James DeAngelo, who police believe is the serial killer and rapist known as the Golden State Killer.

The late Irish American Michelle McNamara, author of  “I'll Be Gone in the Dark: One Woman's Obsessive Search for the Golden State Killer," was instrumental in helping identify DeAngelo as the apparent killer.

In DeAngelo’s case, police in California relied on public access to the site GEDMatch to gather their information. Unlike other DNA sites such as Ancestry and 23AndMe, GEDMatch does not offer DNA tests, but only a platform for users to upload their genetic history in hopes of connecting with relatives.

DeAngelo was ultimately arrested in April 2018 based on DNA evidence linking him to at least 13 murders and more than 50 rapes across California in the 1970s and 1980s.

The NYT reports that after DeAngelo's arrest, "dozens of law enforcement agencies around the country rushed to apply the method to their own cases. Investigators have since used genetic genealogy to identify suspects and victims in more than 70 cases of murder, sexual assault and burglary, ranging from five decades to just a few months old."

In May of this year, GEDMatch introduced new, stricter privacy policies, including the requirement for law enforcement officials to identify themselves when searching the site. The DailyMail reports that Curtis Rogers, founder of GEDMatch, says only 185,000 of the sites 1.3 million users had opted in to permit police inquiries.

Detective Fields was reportedly disappointed with GEDMatch's shift in policy, especially after he had used the site to identify a suspect from a 2001 murder he had been working on for six years.

Fields is currently working with forensic consulting firm Parabon in hopes of solving the decades-old case of a serial rapist.

In July, Detective Fields asked the Ninth Judicial Circuit Court of Florida "to approve a warrant that would let him override the privacy settings of GEDmatch’s."

In an unprecedented move, Judge Patricia Strowbridge granted the detective his request, and GEDMatch complied with the order in less than a day. (While some leads have emerged from the detective's newly-granted access, he has yet to make any arrests.)

Erin Murphy, a professor of law at New York University, told The New York Times that the new warrant is “a huge game-changer."

“The company made a decision to keep law enforcement out, and that’s been overridden by a court. It’s a signal that no genetic information can be safe.”

Murphy added: “I have no question in my mind that if the public isn’t outraged by this, they will go to the mother lode: the 15-million-person Ancestry database. Why play in the peanuts when you can go to the big show?”

Do you think police should be granted access to search ancestry sites? Let us know in the comments