Learn the origin of the McAteer family name and other interesting facts. 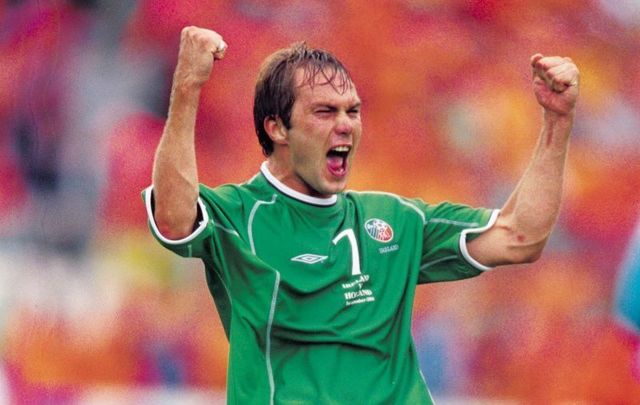 Everything you need to know about the Irish surname McAteer - its meaning, origins, interesting facts, and famous people with the last name McAteer.

Irish Derivation: McAteer is an Anglicized form of the Irish “Mac an tSaoir”

Name meaning: son of the carpenter/craftsman

Counties associated with the name: Donegal, Armagh, Down

Coat of arms motto: The motto is "per ardua," which translates from Latin to “through difficulties.”

Interesting facts: The name Mhac an tSaoir was popular in both Ireland and Scotland and appears on Scottish graves as late as the eighteenth century.

According to legend, St. Ciaran Mhac an tSaoir was once the carpenter to the high king of Ireland. St. Ciarna is also believed to be the first one to use Mhac an tSaoir as a last name.

The name was translated into English and appears as ‘Carpenter’ and ‘Freeman' (saoir in Irish can also be translated ‘free’). Mhac an tSaoir was shortened to Mhac Anteer and later Mac Ateer and lastly McAteer.

The name is very popular in Ulster and Scotland. McAteer first appears as the last name of saint Ciaran Mhac an tSaoir who was born in 512 AD in Ulster. Many McAteers settled along the American east coast, particularly before the start of the Revolutionary War. After the war, those loyal to the crown migrated to Canada.

Are you a member of the McAteer clan? Let us know in the comments, below!