Doc Dalton: How discovering I was Irish changed my life

The Depressed Poet and Founder of Outlaws for Christ on how discovering his Irish ancestry through a DNA test meant the world to him. 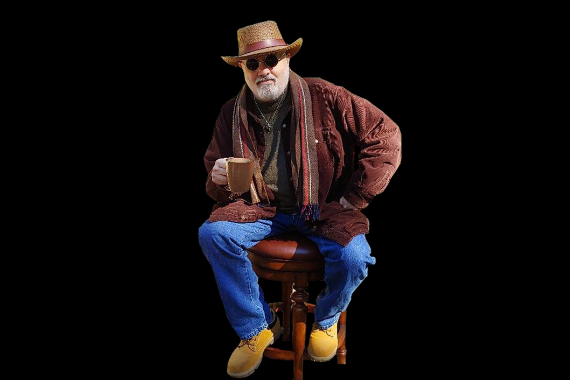 The Depressed Poet and founder of Outlaws for Christ on how discovering his Irish ancestry through a DNA test meant the world to him.

Doc Dalton was once described as America’s Favorite Outlaw, seems like a character out of the Wild West. His poetry, motivational speeches, and pro-wrestling career made him famous. Lately, he has turned to God and founded his organization “Outlaws for Christ.”

He is known as a free spirit who has a myriad of fans, but he is also known as the “Depressed Poet” and has regularly opened up about depression and bi-polar personality. Dalton has won widespread acclaim for his honesty and openness and helping people with similar issues in communities that don’t easily open up.

In a recent interview, Dalton said “When you take all the things that have happened over the years and put them together, you say to yourself ‘enough is enough, I am tired of all this and I have two choices left.  They are: I could jump off a bridge and end it all now, or I can change my life totally around and make that life and what I do with it for the better.’  And that is what I have decided to do.”

Lately as described in his own words, Dalton made another intriguing discovery about himself - his Irish roots.

Here he is in his own words as sent to IrishCentral:

"I knew my entire life I was adopted and was always curious, but for some reason never moved forward to find out.

I was brought up by wonderful people who were Polish, Hungarian, and German.

As years went by I felt I was Polish or Hungarian and that did come up in my DNA results but not a lot. Because of this, I found out information about my biological mother’s side which surprised me greatly.

It became important to me to find out who I was and where I came from and I wanted some medical answers as well for my daughter and granddaughter.

It's so crazy because my wife and I go to this little community in Pennsylvania a lot. They have a store called, The Celtic Rose.

Every time I go in there I tear up because of the beautiful things they have and they have so much and I realize how much I have missed.

I guess in a crazy way I just wanted to let the people of Ireland know how proud I am to be Irish. I guess better late than never.

So now I am The Depressed Poet and I am depressed about a lot of things, but not about being Irish.