The UFC star is related to Kardashian through his Scottish roots. 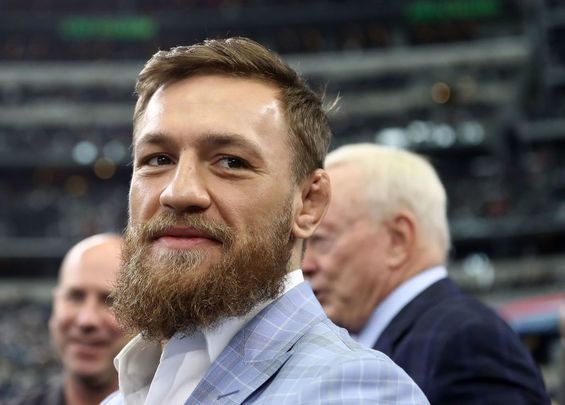 The UFC star is related to Kardashian through his Scottish roots.

Conor McGregor has welcome Kim Kardashian to ‘the family’ after it was revealed that the American star was very distantly related to the Irish UFC fighter.

The pair are related through their Scottish roots, with both stars sharing the bloodline of Scottish outlaw Robert Roy MacGregor, who died a folk hero in 1734. He is the subject of the 1995 movie called Rob Roy and starring Liam Neeson.

Read more: Our guides to tracing your own genealogy

Scottish journalist Craig Williams made the discovery while looking into the Kardashian family history after Khloe Kardashian named her daughter Penelope Scotland Disick as a nod to her Scottish roots.

Upon seeing the news on Twitter, McGregor tweeted a message saying ‘welcome to the family,’ accompanied by two sword emojis.

Welcome to the family ⚔️ https://t.co/GZ0orgOJiW

Kardashian, who claims Scottish ancestry through her mother Kris Jenner, is also linked to the first King of Scots Kenneth MacAlpin, whom McGregor also proudly boasts relations with.

Read more: All you need to know about Conor McGregor

He said in 2015: “My family originated from the Scottish Highlands, they fought for their independence.

“It's something that runs in my family's history, I've become obsessed with that a little bit.”