All about the Irish surname Connolly

Members of the Connolly clan have been politicians, revolutionaries, and even comedians! 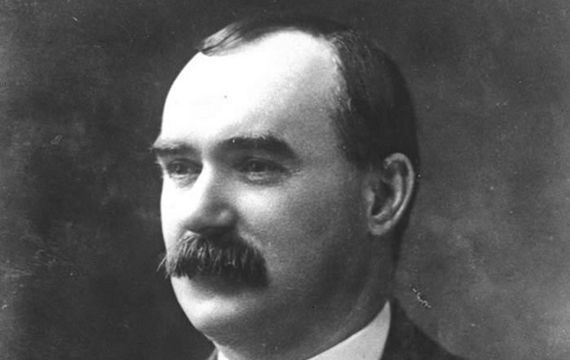 History of the Irish surname Connolly.

A very popular Irish surname with multiple spelling variations, Connollys were first found in County Monaghan and have a history there that pre-dates Norman invasion.

This clan, O’Conghailes, was one of the important Four Tribes of Tara and was a branch of southern O’Neill clan. Another notable branch was Munster Connollys, which dominated West Cork as subjects to O’Donovans, and today many Connollys can still be found in their largest numbers in these two parts of Ireland.

Variations are numerous, but include Connally, Connelly, and Conley, with records of some immigrants to America during the 1800s showing names spelled quite differently during the course of one person’s life, as translations and new worlds struggled to record personal details accurately.

Among well-known Connollys are William Connolly, supposedly the richest man in Ireland in 18th century. This lawyer and financier build Celbridge’s Castletown House in Kildare with money he made buying and selling land lost by old Gaelic families exiled after Battle of Boyne. He was also Speaker in Irish Parliament.

James Connolly was a Scottish-born republican and socialist leader. Born to Irish immigrant parents in ‘Little Ireland’ slum area of Edinburgh, he left school aged 11 but went on to become a leading Marxist theorist and one of the political leaders of Easter Rising in 1916. He is credited with creating Socialist Labor Party, as well as Irish Citizens Army in 1913, and was one of seven signatories to Proclamation in 1916.

He was executed by firing squad at Kilmainham Gaol in May of 1916, already so badly injured by gunfire at General Post Office during the Easter Rising that he arrived at the event by ambulance, was carried by stretcher in front of the firing squad, and was tied to a chair for his sentenced execution. His death and those of his fellow Irishmen at Kilmainham went down as one of the most significant events in Irish history.

Another Scottish-born man of Irish descent bearing the same surname, Billy Connolly, is one of the best-loved comedians of modern times. Born to William Connolly and Marie McClean in a disadvantaged area in Glasgow, he began his career as a celebrated folk singer before moving into comedy, rising to fame in the United States only in the 1990s when he appeared in an HBO special with Whoopi Goldberg.

Are you a Connolly? Share in the comments below!

* Originally published in July 2013 on Ireland of the Welcomes. Updated in September 2022.

Irish origins of the surname Campbell