Did your Irish ancestors settle in New York?

Thousands of documents and records from from New York and across the United States now available. 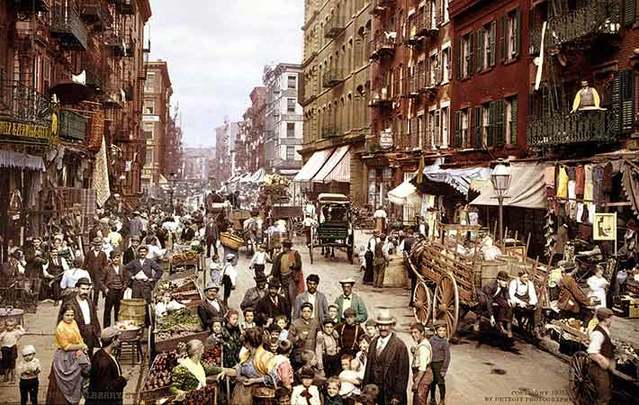 Did your Irish ancestors settle in New York? Findmypast.com

Findmypast is also the home of the New York Genealogical & Biographical Society’s eLibrary, offering millions of records from New York and across the United States.

Findmypast and the New York Genealogical and Biographical Society (NYG&B) have made thousands of documents and records from the society’s eLibrary available to search online at Findmypast.

The NYG&B eLibrary, newly available online, is comprised of a growing collection of extraordinary record sets. The most important is the entire run of the NYG&B Record. The Record has been in publication since 1870 and is the second-oldest genealogical journal in the United States. For the past 145 years, it has solved genealogical problems, provided compiled genealogies, published transcriptions of original records and offered research guidance to the many families who have contributed to the rich diversity of what is now New York State.

Findmypast’s partnership with the NYG&B has provided additional membership benefits for one of the United States’ oldest genealogical organizations, as members can now explore the society’s online collections using Findmypast’s powerful search and browsable image viewer.

The partnership has also provided Findmypast with a stream of exciting new content to further expand their growing US record collections, allowing customers access to publications and records from the state of New York spanning more than three centuries. Over 32,000 scanned color images of records, books, abstracts, inventories and publications held by the Society can now be explored by Family Historians anywhere in the world. As you might expect, you’ll find plenty of Irish people in the collections!

The NYG&B is the most authoritative source for research on New York families and families with New York connections. Founded in 1869, it is the largest and only state-wide genealogical society in New York.

The records mark the first phase of Findmypast’s partnership with the NYGB. The eLibrary collection available at Findmypast will eventually contain millions of records from across the United States.