It has been a significant year for Irish women, for more than one reason. 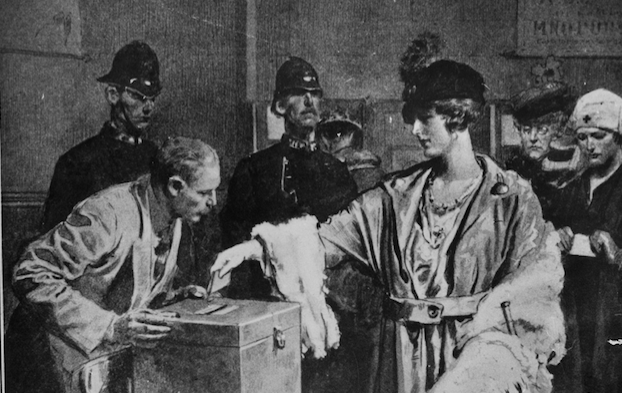 It’s been a year of cultural change for Irish women and 2018 marks the centenary of another significant event in the history of our country: women's suffrage.

One hundred years ago Irish women obtained the right to vote and Central Bank, in conjunction with the Oireachtas Vótáil 100 programme, has launched a coin to commemorate the event.

The coin was designed by Michael Guilfoyle. It features the figure of a suffragette in the foreground while a line of marching figures in the background stride from the past into the future. 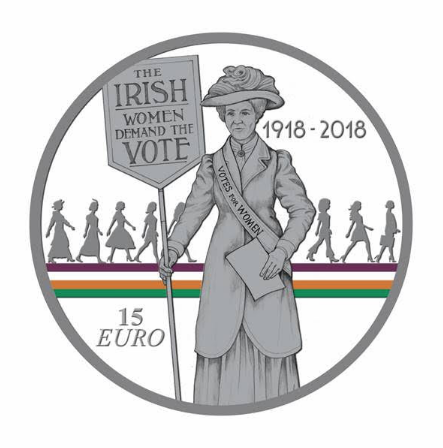 Throughout 2018, the Oireachtas Vótáil 100 programme, has been holding special events and commemorations all year, including exhibitions. "The Votes for Women: Suffrage and Citizenship" runs in Leinster House until December 14 and includes artifacts and images of the Irish suffrage movement.

On the centenary of the parliamentary vote for women in Ireland, and the election of Constance Markievicz as the first woman to the Parliament of the United Kingdom, we have invited @amandacooganartist to create a new artwork here at the National Gallery of Ireland. Floats in the Aether is an ambitious, large-scale performance comprising a series of events involving over 100 women and girls of different backgrounds and social contexts. In each event, Coogan will lead a silent, slow-moving, choreographed procession through the historic rooms of the National Gallery. The first performance will be a solo performance by Amanda Coogan, and will take place tomorrow (Tuesday) from 2.30pm - 4.30pm in the Gallery. All welcome. More details in link in bio.

A post shared by National Gallery of Ireland (@nationalgalleryofireland) on Nov 5, 2018 at 11:46am PST

A leading figure of the Irish revolutionary period, she is well known for her involvement in the fight for Irish independence and 1916. The countess also played a prominent role in the struggle for women’s suffrage.

In the November 1918 General Election, Countess Markievicz, was the first woman elected as an MP to the UK House of Commons, though she never took her seat at Westminster in London. She joined the revolutionary first Dáil in 1919, becoming its first female TD and became one of the first women in the world to hold a cabinet position as Minister for Labour from 1919 to 1922.

"The Markievicz: Portraits and Propaganda" exhibition runs until February 10 and admission is free.

READ: What do Monopoly, Windscreen Wipers And Life Rafts Have In Common? They Were All Invented By Women!

READ:  Tá For all Mná: Remembering the Women Whose Campaigning Led to This Historic Voting Turn Out in Favour of Repeal