A commemorative garden in memory of the 40 children killed during the 1916 Easter Rising was unveiled in Dublin last week. 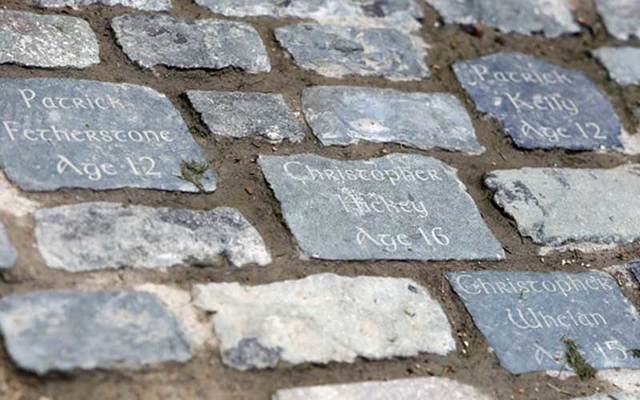 Name plates of children who died during the 1916 Easter Rising at the 1916 Children’s Commemorative Play Garden at St. Audoen’s Park in Dublin. Leah Farrell/RollingNews.ie

A commemorative garden in memory of the 40 children killed during the 1916 Easter Rising was unveiled in Dublin last week.

The 1916 Children’s Commemorative Play Garden, at St Audeon’s Park in Dublin, aims to both honor the children of 1916 and give pleasure to today’s children, according to TheJournal.ie.

The project is a joint initiative between the Department of Children and Youth Affairs and Dublin City Council.

The garden was designed by Bloom Fringe, with input from 220 children and young people who were consulted as part of the 2016 Centenary Program, reports MerrionStreet.ie.

At the launch on Thursday, Lord Mayor of Dublin Paul McAuliffe said: The ceremony here today in the beautiful setting of St. Audoen’s Park is a bitter sweet one. As we celebrate the launch of the 1916 Children’s Commemorative Play Garden, we are mindful of the forgotten short lives of the forty children who died during the Easter Rising 1916. The idea for the garden originated from children and young people who took part in the 2016 consultations and it is the first memorial to those children who died so tragically but will now not be forgotten by future generations.”

Also speaking at the opening, Minister Katherine Zappone said: “The play garden was designed with the vision of creating a setting where old memories can be treasured, and new memories can be made. This space represents the past, the present and the future. My hope is that this play garden will bring joy to all visitors while also providing a space to respect the memory of the children of 1916.”

Broadcaster Joe Duffy, author of the book Children of the Rising – The Forgotten Casualties of 1916, was also in attendance at the launch.

Read More: Dublin still bears the scars of the 1916 Easter Rising over a century later

“It’s taken 103 years to get their names memorialized in one place, simply dedicated to children,” he said.

“They were never mentioned, never named until 2016… they are part of our history.”

Also at the unveiling were relatives of the 40 children who died in 1916 and children from local schools.