Secrets of each Celtic symbol and ancient astrology revealed

Explaining each mysterious Celtic symbol from ancient Irish tombs which have captivated people’s imaginations for hundreds of years. 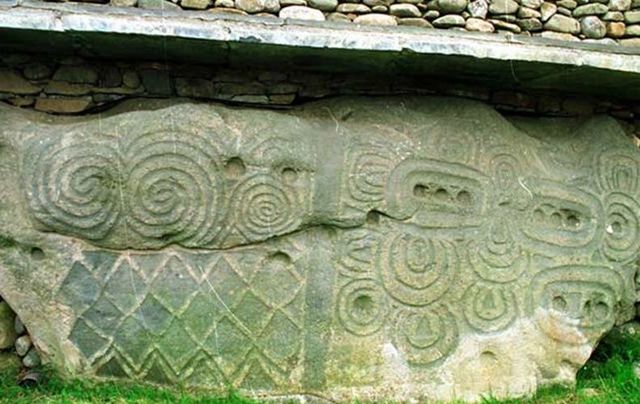 The mysterious Celtic symbols on ancient Irish tombs have captivated people’s imaginations for hundreds of years.

Although no definitive answer has been reached on what they mean, people have put forth some intriguing theories. The Celtic symbols decorate various prehistoric tombs such as Newgrange in Co. Meath. The large stone at the entrance of Newgrange is covered in symbols and there is a plethora of them inside, especially in the small chamber to the right of the main room.

Archaeologists are unsure what the Celtic symbols mean. Part of the uncertainty lies in the mystery of what Newgrange and other structures like it were intended to be. There is debate whether Newgrange served as a site for religious ceremonies or as a final resting place for the community’s deceased.

Despite the mystery, the symbol’s meaning has piqued interest and several people, including anthropologist Avia Venefica from Whats-your-sign.com, have put forth their own suggestions of the intention behind some of the common symbols.

The single spiral is fairly common and may represent growth, birth or an expansion of consciousness.

The double spiral is seen as a symbol of balance as well as a sign of the equinoxes. Some suggest the spiral represents the sun and the double spiral the sun’s journey over the course of the year.

The use of the number three is fairly common in Celtic symbols. The triple spiral is a common Celtic symbol and the joining of the three spirals into one center may represent an invocation on a three-fold force.

Some suggest the three spirals represent the maiden, mother, and crone. Similarly the threefold may suggest a unity of three powers. The meaning of the triskelon, from the Greek word for “three-legged,” is unclear. Some suggest that it represents competition and man’s progress. Others argue that the triskelon is a Celtic sun wheel or represents the unity of the elements of air, water, and earth.

The creators of Tarot.com have also compiled a list of Celtic signs based on one’s birthday similar to a list of the Zodiac signs. The staff has assigned a tree, color, two or three animals and gemstone to each sign. Additionally, each sign is given a letter of the ogham alphabet. Ogham, occasionally also spelled ogam, was an ancient script used in Ireland to write the early Irish language. Letters were made by marking marks on either side of a continuous baseline. Ogham was not generally used to write long messages and the majority of surviving examples are personal names, possibly to indicate land ownership.

While the intention behind these Celtic symbols may always elude us, they will likely continue to entice people’s imaginations and appear in jewelry, home decor, and the other odd place.