Experts believe will provide a fascinating insight into the life of the Celts. 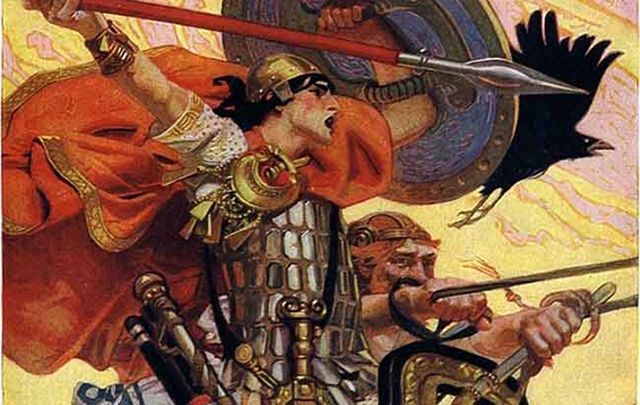 Experts believe will provide a fascinating insight into the life of the Celts. Picasa 3.0

An Iron Age graveyard has been uncovered in France that experts believe will provide a fascinating insight into the life of the Celts. French reports on the find, outline how a muddy field located between a motorway and a meander of the Seine southeast of Paris is home to the graveyard.

Archaeologists believe the Celtic Age find will shed light on the great yet enigmatic civilization of Gaul.

The report says the discovery will provide the key to many unanswered questions about how this Celtic civilization actually lived, worked and played.

The site was earmarked for a warehouse project on the outskirts of Troyes.

It contains a stunning array of finds including five Celtic warriors whose weapons and adornments attest to membership of a powerful but long-lost elite.

Archaeologist Emilie Millet spoke to reporters at one of 14 burial sites that have been uncovered in recent weeks after a nine-year excavation of the 650-acre site.

Remains of a tall warrior, complete with a 28-inch iron sword still in its scabbard were placed at her side.

As Millet gazed at a metal-framed shield whose wood-and-leather core has long rotted away, she admitted: “I have never seen anything like it.”

Several women are buried next to the warriors. Their jewelry, including twisted-metal necklaces known as torcs, and large bronze brooches decorated with precious coral, also hint at their high status.

A woman was buried next to a man in one grave, separated by a layer of soil, which the report says speaks of a close but as-yet unfathomable bond.

A spokesman for the National Institute for Preventive Archaeological Research said: “This graveyard is exceptional in more ways than one.”

The report says the jewelry suggests that the dead were buried between 325 and 260 BC, in a period known as La Tene.

Analysis of the scabbards, whose decoration changed according to military fashion will provide more clues.

Designs in this period typically had two open-mouthed dragons facing each other, with their bodies curled.

The name La Tene comes from an archaeological site in Switzerland and ran from about the 5th century BC to the first century AD, which marked the glory years of the Celts.

It was during this time that the Celts expanded from their core territory in central Europe to as far afield as northern Scotland, Ireland and the Atlantic coast of Spain.

The report adds that during their expansion, they clashed with the emerging Roman empire, whose writers recorded the invaders as pale-skinned savages, dressed in breeches with bleached hair, who cut off their enemies’ heads, preserving those of high rank in cedar oil.

The report adds: “The barbarian image, though, has been dispelled by historical research in recent decades.

“It has laid bare a complex civilization that had a mastery of metal and a trading system which spanned Europe and generated great wealth.

“The find at Bucheres raises several questions, for there has never been any trace of a major Celtic settlement in this neighborhood.

“The graves were uncovered at a depth of about 6.5 feet but if they had any external markers, none remains.”

Archaeologist Cecile Paresys said: “An earlier civilization, from the Bronze Age, left a line of burial mounds nearby which would have been visible for miles around.