You can view the cairn located in County Laois with an interactive map supported by the National Monuments Service. 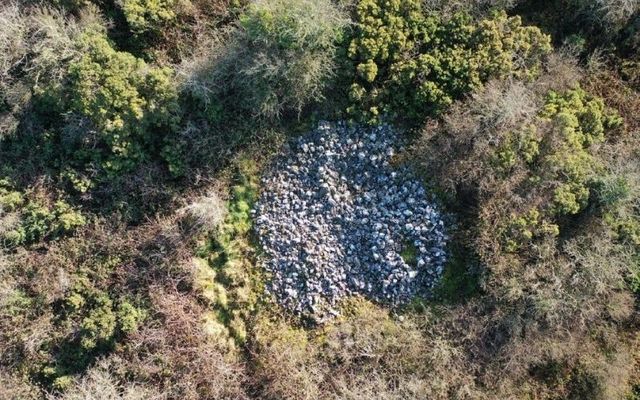 The cairn was discovered on the summit of Coolnacarrick Hill near the Rock of Dunamase by  Gerry Moloney and Shane McGrath.

Mr. Moloney is a lecturer in emerging technologies at Institute of Technology Carlow. Mr. McGrath is a product designer and the owner of Limelight Media Group.

The pair came upon the cairn-which is a man-made mound of rough stones built as a memorial or landmark, typically on a hilltop or skyline-while diligently examining Google Earth. They then traveled to the site to investigate and reported their find to the National Monuments Service. 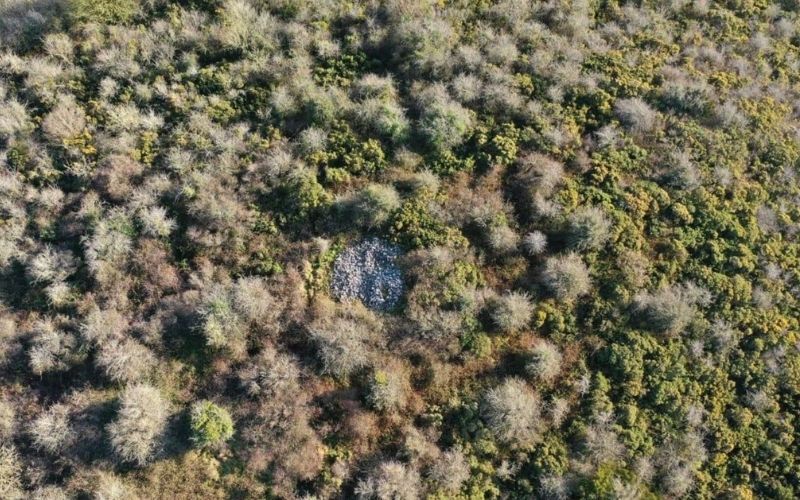 The cairn in Laois using the Historical Environment Viewer

Access took two to three hours of cutting through nearly 100m  of dense gorse, briars, and other shrubs up the side of Coolnacarrick Hill until they reached the location.

Described as being "situated in the center of shrub covered woodland on Coolnacarrick Hill. Irregular-shaped cairn of stones located in an area covered with scrub vegetation."

The views from the cairn are described as being exceptional, "however, it is unlikely that many people will be able to visit the cairn in the near future to appreciate the find due to its overwhelming inaccessibility unless Laois County Council makes a pathway to the site through the thick vegetation," explained Mr. Moloney.

The discovery has been reported to the National Monuments Service of Ireland and can now be seen on the Historical Environment Viewer (HEV). Readers can search for Coolnacarrick, Laois, click on the red dot, and see the information now being provided by the National Heritage Service.