Ireland owes the US on issues such as peace and investment. We should never forget. 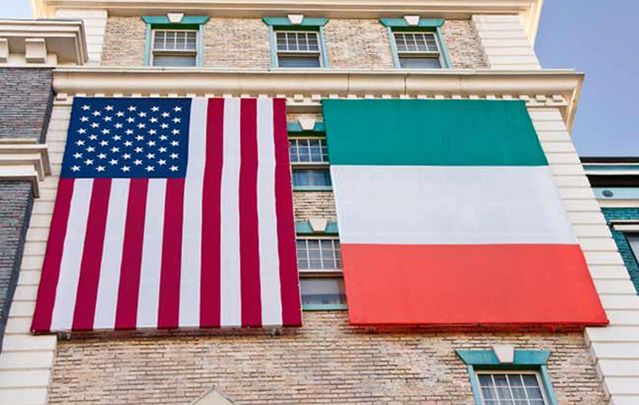 Ireland owes the US on issues such as peace and investment. We should never forget. istock

How Ireland and Irish America are bound together forever

Having spent some time as a student in the US, I was struck by the genuine warmth and sincerity of Americans. It certainly gave me a new insight into Americans, and into Irish Americans, far removed from the clichéd view that we often have here in Ireland of our friends across the Atlantic.

Much of that can, of course, be explained by over-consumption of US TV, which is probably as representative of ordinary America as "Love/Hate" or "Fr. Ted" would be of Irish life. Save for St. Patrick’s Day, many of us here in Ireland rarely give Irish America a second thought, and if the truth be known many have a slightly unfair view of Irish America.

I have been as guilty as the next in not regarding the Irish American community as truly Irish, and maybe even smirked at those who proudly claimed to be “Irish” yet were born in America.

To many of us in Ireland, to be Irish is to be born there. It is a geographical definition, and indeed some in Ireland view others to be more or less Irish based on their place of birth. But is that really unusual, I mean, what Irish American is not a proud American first? Should the collective term more accurately not be American Irish?

As I mentioned above I spent some summers in the States as a student, the majority of the time in Chicago – a city I felt as much (if not more!) at home in as my adopted home of Dublin. After spending some time in Chicago, it is hard not to get a feel for what modern Irish America is in relation to America.

To me Irish America is law and order, it is the emergency services, it is construction, it is politics, it is trade and finance and it is work ethic. Irish America, as observed in Chicago in the mid-noughties, is America. It seemed to represent perfectly the American Dream.

The peace that has held on our island for nigh on two decades is a direct result of the influence of, and the power exerted by, Irish America. Were it not for the fact that Irish America had sufficient political power and sway to convince the US administration to lean on both the Unionist and British camps in Northern Ireland, we would still be in a situation where equality of franchise was not guaranteed, and I have no doubt that violence would still prevail to this day. We would still be waiting for an honest peace broker in Europe.

The fact is, that politically, Europe holds Ireland in little regard, and had made little effort to end the Troubles, even though Ireland was a member of the EU/EEC for decades. We are as European as any other nation, but those in the political seats of power in Europe see us, the British and the Scandinavians as a nuisance in some ways.

It was Irish America who helped deliver peace.

The prosperity of modern Ireland would not be possible without the generosity and largely under-appreciated dedication of Irish America to Ireland. The US is now Ireland’s largest export market, much of this export being attributed to the large number of American blue-chip multinational firms located here.

What often is forgotten by the commentariat in Ireland is the role of Irish Americans in enabling these firms to locate here – many preferring to think that our island is a utopic destination for FDI and that the investment thus naturally flowed towards our shores.

As an employee of a multinational myself, I see first-hand how the role of the US multinationals in Ireland has revolutionized Irish business culture and ethos on the whole. The US, aided by Irish America is a true friend of Ireland, and when the financial crisis was at its nadir, it was the continued US investment here that allowed us pay our way, and recover.

To many proud Irish Americans, it seems being Irish is seen as an ethnicity, stretching through the generations, more akin to a Jewish outlook on heritage, and not bound by a specific border.

In Ireland, conversely, we sometimes get caught up a little too much in our immediate locality and fail to see that the Irish diaspora is a huge network of underutilized potential.

Both sides perhaps should know more about the other side, as we linked ethnically, culturally and economically. I have come to the belief that to be Irish and to be born in Ireland are two sides of the same coin – we might be facing different ways, but we are intrinsically bound together, whether we like it or not.

Alan Ó Maonaigh is originally from Meath but now resides in Dublin with his wife Edel, and two-year-old daughter. He is a qualified industrial engineer and project manager, working in a multinational company in North Dublin. In whatever spare time his daughter affords him, he enjoys running, DIY, gardening, travel and brewing - albeit not at the same time as a rule.