The Irish-American leader of the New Jersey State Senate recently took offense to being accused of being part of a system that upholds systemic racism. 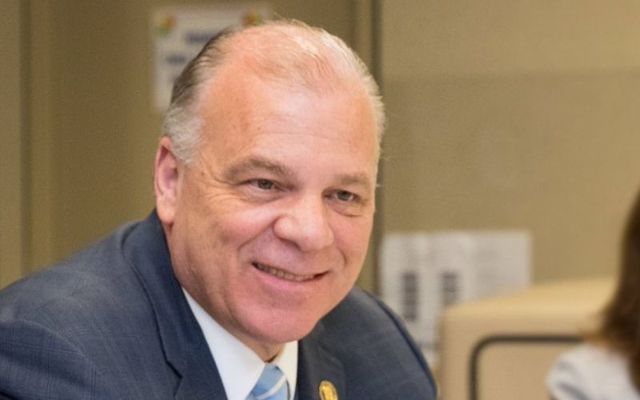 There’s a dash of poetry in this question. It could be a declaration, an expression of exasperation, or rage. It can be read in so many different ways.

This question, uttered last week by a top New Jersey lawmaker, also cuts to the center of even bigger questions many of us are wrestling with at the moment.

Like many states, New Jersey is in the process of slicing up money the Biden administration sent out in an effort to alleviate COVID suffering, while also jump-starting the economy.

Or ruining the economy, and turning most of the country into lazy, shiftless bums.

Then there are other folks who don't like how Uncle Sam’s cash is divided up. Enter not one, not two, but three Irish Americans.

“Quite frankly, when you have a process with three white men in a room...that upholds systemic racism,” said Brandon McKoy, president of New Jersey Policy Perspective, during a rally in Trenton last week.

Sweeney is the only one who brought up being Irish. Only he knows exactly why.

But it raises an important point: How do you define power? Or “systemic?” Or, for that matter, “white?”

But wait. Murphy’s grandfather may have had harsh memories of Galway or Cork. But his own memories lean towards his time as president of the Hasty Pudding Society at Harvard.

But would the argument be a little more interesting if Murphy were a union activist and, say, an ironworker? From the, um, humble city of Camden, New Jersey?

Which describes Jersey Senate boss Sweeney. And he looks the part, too. Big beefy guy. No hasty pudding for him.

As a result, Sweeney suggests, he already supports the humble and disempowered.

“Look at the programs I support. That is offensive for someone to make that (racist) comment. We got voted on by my members, black and brown, to be the leader,” Sweeney added.

Not enough says McKoy and many others. They say it’s time to take a deeper, longer look at exclusionary structures of power and racism.

As well we should. Certain folks are having fun these days blasting away at “critical race theory.”

What they more likely believe is that America has never made a mistake, and even if it did (which it didn’t!) we shouldn’t talk about it.

Especially in schools. Stick to fractions! You know, like ⅗ of a person.

But just because critics of American power structures have a point, does not mean they are beyond criticism.

Murphy may be a Goldman Sachs guy. But his father didn’t graduate from high school. That he did not have a diploma but did have pale skin was no small matter, especially in the 1960s.

But structural critiques are ultimately inadequate because they make no distinction at all between Murphy or Sweeney. Or, for that matter, New Jersey’s two U.S. senators, an African American from Newark, Cory Booker, and the son of Cuban immigrants, Robert Menendez.

And you end up with a situation where progressives demand structural reform, because (they say) that is the only way to level the playing fields for the truly marginalized.

But a funny thing happened on the way to the revolution -- “a disconnect between progressive activists and the rank-and-file Black and Latino voters who they say have the most to gain from their agenda,” as The New York Times noted this week.

“Activists orient their policies to combat white supremacy,” only to find “that many voters of color seem to think about the issues quite a bit differently.”

Could it be that they agree with the Irish guys?