When the question “Hey...think we should move to Ireland?” was asked, the answer was a resounding “Sure, why not?!" 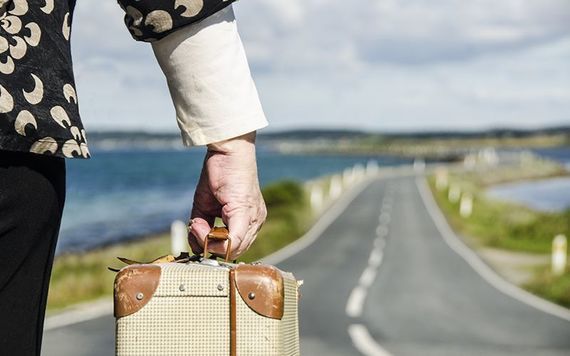 How one US couple made the big move to Ireland

The decision to move from a small suburb just outside of Buffalo, New York to Ireland was something that came about sort of accidentally after my husband Stephen and I spent our first anniversary in Ireland in 2012.

It was the first visit to Ireland for me, but another trip of many for Stephen. With more family in Ireland than in the U.S., going back to the place where he'd spent so many summers and had so, so many cousins was always more of a trip home than heading back to New York ever was.

So, after spending a week and a half traveling the country from Dublin to Kinsale, up through Connemara and back to Dublin, we headed back to a cool and blustery Buffalo that was just turning its back on summer and heading into what was always a long, cold, snowy winter. There was something anti-climactic about going back to the same neon lights and signs, the same rows of fast food joints, the same streets. 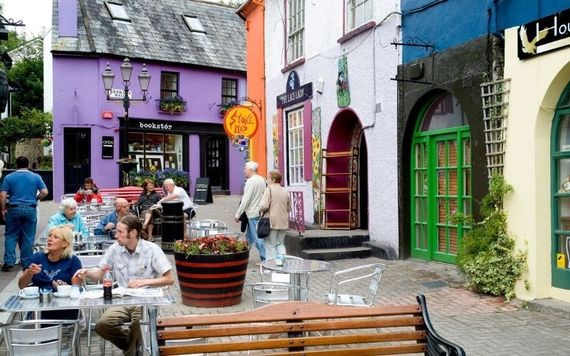 Memories of Ireland were still very, very fresh. We'd walked the harbor in Kinsale, and found an amazing little pub and restaurant to spend our first-anniversary dinner. We'd hiked out into the middle of farmers' fields to find ancient ring forts and to make friends with a few sheepdogs.

We'd followed signs that took us well off the GPS maps, along winding beach roads and down to the pristine Atlantic coast – and made friends with a few horses there. We toured a distillery, visited more than a few pubs, and stayed in Galway the same night that a rally race was going on through the city (quite accidentally).

And, maybe most importantly, we spent time with some of his family.

We'd already planned on downsizing our house, but we hadn't decided where we were going to go. I had figured it was going to be somewhere in the Northeast U.S., to be at least semi-close to my parents. But when the question, “Hey... think we should move to Ireland?” was asked, the answer was a resounding, “Sure, why not?!”

There was no talking, no discussion, no hashing out of details. That would all come with time, we figured, and the decision was based as much on what we didn't want as what we did. We didn't want regrets, we didn't want to look back on opportunities and realize that we missed out on something that could have been.

When we had been driving through the country, the place that had stuck out the most was Connemara. With its endless vistas, rocky green mountains, and seemingly endless blue skies, we'd joked that if we were ever going to live in Ireland, it would be there. It was on the opposite side of the country as most of his family, but we’re from the States – distances are different.

It seemed like it was meant to be when we found the cottage for rent. Finding a pet-friendly rental was a must, and adding that to the search criteria cut down on our options a lot. Everything else was negotiable, but our two dogs and two cats were coming with us.

When we found the centuries-old cottage, sitting in the hills of Connemara and surrounded by sheep rather than people, we knew it was the place. It turned out that finding a pet-friendly place was one of the easiest parts of getting over there.

There's plenty of information out there on the mechanics of moving to another country, but there's not much out there on dealing with the realization that you're not only starting a new life but leaving an old one.

There's plenty on how to arrange a shipping container, on what and how to pack, and on planning to live a bare-bones lifestyle during the weeks all your worldly possessions are traveling the high seas. But there's not much on the sort of melancholy sadness that comes with throwing away a huge part of your life.

A travel agent will help you book your flights and the container company will help you make sure you have all your paperwork properly filled out for customs, but there's no one that will tell you what it's going to be like, saying goodbye to friends you've known for years, cousins you grew up with. There's nothing that tells you how to say goodbye to your parents, either, even when they're smiling and telling you that they'll see you soon.

I'd never gotten the chance to meet my husband's parents, and I've always regretted that. They emigrated from Ireland (Carlow and Kilkenny) before he was born – before they'd even met, actually. But when we were going through the mountains and mountains of paperwork that life seems to require these days, we found something that struck me as incredibly poignant – her luggage tags and tickets from her trip from Ireland to New York, aboard the S.S. America.

He'd told me his mother's story before, but at that moment, it meant the world. She'd gone to Dublin first and continued to work and raise money to buy her passage to the U.S. even after it proved too much for her friend, and that friend went home.

She'd crossed the Atlantic with a suitcase and the name of an aunt, a name (I'd imagined) written on a scrap of paper. She'd said her goodbyes with no smartphone to post status updates from, with no Facebook to message from, with no video chat, and with the knowledge that it wasn't simple for anyone to follow her.

Suddenly, there was an odd moment of clarity. We were in the midst of the stress of selling a house, packing our entire lives, selling vehicles and coordinating everything on the other end. There was transportation for the dogs and cats, seemingly endless vet visits, customs and immigration, the agriculture departments on both sides of the Atlantic. There were parting gifts to give friends, last drinks, last nights out, final farewells. But finding those luggage tags suddenly put so much into perspective.

Where we had chaos and paperwork and realtors and veterinarians, she had days and days at sea, with the solitude of reflection and with miles and miles of ocean taking her farther and farther from home.

I thought of how incredibly brave the mother-in-law I'd never met was, and in that moment, I got it. Sure, a move from New York to Ireland is a scary, hectic, chaotic thing today. But those luggage tags made me realize that we had it easy, and what a true grand adventure really, honestly was.

We were doing this together. I had a dear friend who was coming with me to help me manage four animals and a rental car on our way to meet the realtor and find our new home in the hills of Connemara. And, of course, I had my husband, who was buying a car and then following us to our new home.

Now that we're here and settled, now that we have a routine, and now that the chaos is becoming a blissfully distant memory, we're finding that it really does feel like home.

There are plenty of things that I know I'll never get used to: distance will always be in miles, the temperature will always be in Fahrenheit, and I'm sure I'll always miss 100 different types of soda and cereal, but they're trade-offs that were well worth making. There's a Connemara pony in the field next door who comes to the gate for treats whenever she sees us. There's a semi-feral cat, too, who has befriended the dogs and comes running when he hears the door open.

We had been warned that it rains around 300 days a year in Connemara, and that's absolutely true. But that's what makes it so unbelievably beautiful, too, and part of it is a beauty that it's not so much seen as it is felt. It's in the stone walls that were built generations ago, in the abbeys and the ring forts, in the pilgrimage sites of Croagh Patrick.

And there's part of me that, since coming here, has realized how completely and utterly American I really am... and I'm all right with that.

Originally from Attica, New York, Debra Kelly is a freelance writer and journalist who has seen most of the U.S. during her travels. Ready for something new, she's now living in the wild hills of Connemara with her husband and plenty of animals.