Waterford and Limerick are now set to battle it out in the GAA's 2020 All-Ireland Senior Hurling Championship Final on December 13. 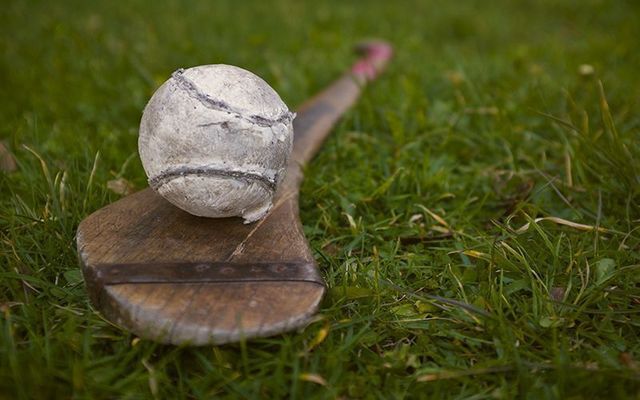 One newspaper report called it the comeback for the ages and it wasn’t far from it as Liam Cahill’s Waterford came from nine points down to beat Kilkenny by 2-27 to 2-23 in an epic All-Ireland SHC semifinal at Croke Park on Saturday night.

Cahill, an All-Ireland winning boss with his native Tipperary at under-17, under-20 and under-21 levels, will now lead the Deise out against Limerick in the MacCarthy Cup decider on Sunday, December 13.

For many hurling fans this looked an unlikely outcome when Cahill took the reigns at the start of the year but Sunday’s comeback has changed all that for a side without a Championship win in eight games coming into this season.

We're going to the ALL IRELAND SENIOR HURLING FINAL 💙💙💙

I LOVE MY COUNTY 💙💙💙 pic.twitter.com/pDhP7FvYvo

“I think the All-Ireland was a realistic goal,” insisted Cahill after the Kilkenny win.

“If you were setting targets at the start of the year, it would have been a realistic goal that with a bit of luck, you’d get to get to a final.

“I don’t mean to sound that we were confident or arrogant about it – we weren’t – but we did feel that if we looked after ourselves and trained well and got the balance of our team right that we’d have a chance. And look, we’re getting a bit of luck along the way and we’re there. We’ll look forward to the final.”

Somehow level at the break after trailing by nine, Cahill clearly found some inspirational words in his halftime team talk as Stephen Bennett, with a goal and two points, and substitute Darragh Lyons hit the back of the net as Waterford turned this game around in the third quarter.

“It wasn’t anything dramatic, I can assure you of that,” Cahill said, when asked what he had said at the break. “It was down to the players really. Just their decision making was costing us big time in the first half, left quite a number of easy plays and chances maybe behind us.

“We just seemed to be off it a little bit, but I thought it was more mentally with our mindset than our legs, so we just tried to address that and see could we turn it around. We looked for a green flag or two, we needed that to give ourselves a chance of getting back into the game and thankfully we got that.

“A real good sign today was fellas didn’t give up on it. That’s the most encouraging part for me, that they kept backing themselves and willing and wanting to turn it around.  That’s what decent teams are made of and thankfully it worked out.”
Hurler of the Year contender Bennett ended up with a goal and 10 points to his name. “He’s having a marvelous year isn’t he?” added Cahill. “He always was a good forward, it’s just that he’s now delivering consistently.

“Stephen’s a massive player. He makes mistakes but I don’t think he’s beating himself up as much as he used to about making mistakes. He’s always concentrating on the next ball. Thrilled for him that he’s eventually fulfilling his potential that he’s showed for so many years.”

What of the Limerick challenge in the final? Cahill said, “It’s a result-driven business when you’re managing a county like Waterford that have good hurlers and expect to be in the last four and the last two of Championships so yes, there’s silverware there to be won.

“We’re going to do everything in our power to try and win it at this stage. But we have to be very conscious that we will come here to hurl a match in two weeks’ time and we’ll try our utmost not to play the occasion.  Any team that goes on to win an All-Ireland usually has to beat Kilkenny along the way. They are always the benchmark to beat. It couldn’t but give us that extra bit of confidence.

“It’s great but there are so many aspects of our play we’ll need to look at. When we look back over it the rest of the week, I think there will be a lot of cringe moments there, that obviously if they reoccur in two weeks’ time will cost us, big time.”

This was only a third ever All-Ireland semifinal defeat for the Kilkenny manager Brian Cody who will digest the failings of his team to withstand that Waterford rally and prepare for another bash at glory next season.

“It’s very early to look at all these things now,” said Cody. “They were very strong in the second half. They won an awful lot of ball and were very athletic and they got great scores and that’s it and we were beaten fair and square.

“They’re strong in the sky. Their players are good at doing that, good at winning ball. They got a huge impact going in the second half and deservedly won the game. We were under pressure when changes were made. They were under serious momentum and it’s very hard to change that momentum and that’s the way it went. But in the end we were still fighting and brought it back to two points. We were trying to keep going.

“The players I’ve got to give great credit to because they never threw in the towel and they gave it all they had and they were second best. The quality of Waterford today was serious and they deserved to win the game, that was it.”

Tom Morrissey scored a hat-trick of extra time points to send Limerick into the All-Ireland final and spare their blushes after they threw away a five-point lead against Galway in the All-Ireland hurling semifinal at Croke Park on Sunday before finally securing a 0-27 to 0-24 win.

A concussion to Joe Canning, after an accidental clash with a teammate, saw 10 minutes added time in a game that looked destined to head Limerick’s way for a long time before Galway pulled level after Canning’s injury only to concede four points without reply in the dramatic closing stages.

Thanks to man of the match Morrissey, Limerick preserved their unbeaten competitive run in 2020 and will now meet Waterford in the All-Ireland decider on Sunday the 13th when manager John Kiely will look for more of the never-say-die attitude that meant so much to his team last weekend.

What a super win for our lads tonight. Looking forward to the next 2 weeks. But at end of it all we wish Joe Canning a speedy recovery. Hurling will come and go but health will remain forever. #thesundaygame

Speaking to the media, Kiely insisted, “I think it was just a sheer refusal to be beaten; that under no circumstances no matter what happened, they weren’t going to be beaten tonight. I think our boys showed great resilience overall on a night when maybe things weren’t going completely according to plan.

“Galway were very firm in the tackle, they didn’t allow us to break the tackle too often. Once we settled into it then midway through the first half, we got into a good rhythm and clawed back that lead Galway had and it was nip and tuck then for long periods of the game.

“We had obviously worked on winning puckouts and that is something we were bringing into the game. We didn’t quite get the return we would have liked from it. But again, that is maybe down to somethings like misplaced hand-passes, misplaced stick passes, handling errors, just little things. That’ll come.”

One area Limerick will have to work on ahead of the MacCarthy Cup decider is discipline, as four of the five points that drew Galway level on Sunday came from frees conceded by a physical Limerick defense.

Kiely agreed. “We gave away a lot of frees tonight, we need to improve on that. If we could make the pitch bigger, we might not give away so many sidelines that were turned into points. I know that some of the frees were definitely frees, but I wouldn’t agree that all were. I think the free count was 17 to 7, that’s quite a swing in one particular direction,” he said.

“I think there were occasions where we took the ball into tackles and we didn’t get the same response that maybe the opposition did. It is what it is. We just move on now.”

With Waterford next up, many Limerick fans will look to their team’s emphatic Munster final win over the Deise for pointers now. Kiely is not so sure. He said, “We have a huge, huge challenge. We saw the performance of Waterford against last night. It was incredible. It is going to take a massive, massive effort on our part to match that.

“All I know is we have to go home and get our ducks in a row ourselves and come back here with the best performance we can in two weeks and hope that is good enough.”

Defeat was a two-edged sword for Galway boss Shane O’Neill – he’s a Limerick native with many friends in their camp. “We’re all absolutely gutted. We’re trying to lift the lads some way but I don’t know how yet,” O’Neill told RTE Sport after the game.

“It was an epic battle between two ridiculously good sides. It was extremely tough throughout for both sides, extremely physical, there wasn’t much space and it was a credit to the boys to actually exploit it. I didn’t think there was much difference (between the sides) at all, to be honest with you, and I thought that was reflected on the scoreboard.

“We were down maybe five at one stage but came back again, which is testament to the boys. They just dug it out and kept going and going.”