A round up of Gaelic Athletic Association game news from around Ireland. 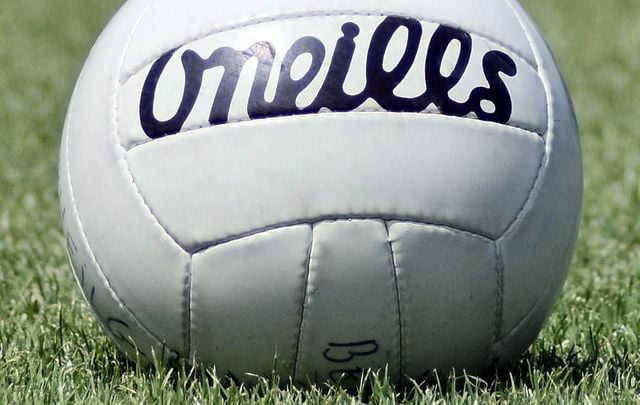 GAA round-up for this week.

It will go down as one of the greatest stories in the history of the Gaelic Athletic Association and one of the most poignant as Tipperary shocked Cork with a Munster SFC final win at Pairc Ui Chaoimh on Sunday, 24 hours after the country honored the 100th anniversary of Bloody Sunday.

That day the Black and Tans murdered 14 people at Croke Park during the All-Ireland football final between Tipperary and Dublin.  On Sunday, wearing replica shirts from a century ago, Tipperary paid their own tribute to their footballing heroes with this sensational 0-17 to 0-14 win.

A first Munster title since 1935 was an achievement in itself, but to do it on the weekend when Ireland remembered the saddest day in the GAA’s history was enough to make winning boss David Power cry with the emotion of it all.

“A huge day, 85 years waiting. I’m ready to cry, to be honest. It’s massive. I kept saying to the players, ‘It’s been the last 15 years of hard work.’  Getting to Munster minor finals and under-21 finals, maybe not winning all the time,” Power told RTE as his team booked an All-Ireland semifinal date with Mayo.

“Just proud to see the likes of Philly Austin and Brian Fox and all these great guys that have plowed the fields for Tipp football for the last 15 years, it’s just massive.

“The last 10 years Tipp are going well underage. We wanted to make our mark as senior. It’s just huge for Tipp football, the knock-on effects will be huge. You’re going to see primary school children wanting to play football for Tipp in the next 20 or 30 years. That’s what it’s about.”

Power was the man in charge when Tipperary famously beat Dublin in the 2011 All-Ireland minor football final – the teams could meet again in the senior final this year, a repeat of that 1920 decider.

“I always believed in this team,” added Power. “I remember saying it to a group of friends in 2010, that this minor team was going to win an All-Ireland. I’ve always had that belief.”

With Aussie Rules star Colin O’Riordan cleared to play by the Sydney Swans on the eve of the game, the midfield was a winning battleground for Tipp and an emotional O’Riordan thanked his employers afterward for allowing him to be part of history on his first appearance since 2015.

O’Riordan said, “It’s an emotional day for me. A few weeks ago I didn’t think I’d be here. Just to be out there with the lads, giving your all for the sake of Tipperary, I can’t put it into words. It’s the best feeling I’ve had in many years.”

Man of the match on Sunday was the Tipperary captain Conor Sweeney as his seven points proved crucial against their fellow Division Three side. For Sweeney, the sense of occasion was only a factor once the hard work was done in the white and green jerseys of Grangemockler, the colors worn a century earlier.

Sweeney said, “I made sure from two weeks ago. I had a word with the boys at the first training session back, just to re-emphasize what was really important to us as players, and that was the match.”

ON a day of shocks in the GAA, Cavan was last to the party with their 1-13 to 0-12 win over red hot favorites Donegal in the Ulster SFC at the Athletic Grounds in Armagh.

There was a sixth sense about the Cavan victory as their sixth competitive game in as many weeks saw a Conor Madden goal inspire them to victory against a Donegal side seeking a third straight provincial crown.

Dublin are next up for the Breffni men in the All-Ireland semifinal, but straight after Sunday’s breakthrough win staying in the moment was all that mattered for boss Mickey Graham.

The Cavan supremo told RTE his team never doubted their ability to win Ulster for the first time in 23 years.

“I don’t think anybody believed it was going to be bridged today, apart from the players,” he said.

“We were written off coming into it, let’s be honest about it. In all quarters not one person believed that we could do it, bar the players themselves. Our own supporters got behind us like they always do, but did they believe that we could go and do it? I don’t know. They’ll believe now, let me tell you!”

Cavan captain Raymond Galligan dedicated the win to those who went before him in the county colors and to those watching from their armchairs in this COVID delayed Championship season.

The goalkeeper stated, “We’ve had so many unbelievable players and managers that have gone through the system over the last 24 years that unfortunately haven’t been as lucky as we have been today.

“Today is for every single player, manager, family member that’s from Cavan. It was them that drove us on because they have been starved of days like today. We just wanted to make them proud.

“We had doom and gloom over the last number of months with Covid. Fantastic members of my own parish have passed away. My own community has had a lot of hurt. I hope we put a smile on everybody’s face back home today.”

Dublin a class above

Dublin's players laid a wreath in front of Hill 16 in honor of those who had fallen on Bloody Sunday 100 years ago when Dublin played Tipperary in the All-Ireland final and on this display, it won’t be long until they are contesting another Sam Maguire decider.

Stephen Cluxton led the wreath-laying on a Saturday night when the GAA remembered those who died with a fitting ceremony before the best team in the country pushed Meath aside with ease on their way to a 3-21 to 0-9 win against a hapless Royals.

And for manager Dessie Farrell, this was easily the best performance of his brief reign as Dean Rock top-scored with 1-7 and guided the Dubs to a 10th straight Delaney Cup win, the other goals coming from Sean Bugler and Niall Scully while Cormac Costello was red-carded late on for dissent of all things.

“That was the best performance since I took charge,” Farrell told GAA.ie. “Obviously Meath had put together some very good performances, we got a sample of it in Parnell Park a couple of weeks back in the league. They will probably count themselves unlucky not to have got more out of that game on that night. So we were ready for a big challenge here today for sure.

“We knew we’d have to step it up for a Leinster final and based on what we’d seen from Meath they were coming in very confident, had been bagging a lot of goals, were on the crest of a wave so it was definitely going to focus the minds for sure. I think we saw a pretty decent and focused performance from us tonight which was very pleasing.”

Meath boss Andy McEntee could offer no excuses for the 21 point defeat that brought his team’s season to an end. “We didn’t perform and we got badly punished,” said McEntee.

“We never got into it and we got punished every time we made an error and we just weren’t up to the pitch of the game, plain and simple.”

Aidan Harte scored the vital late goal as Galway defeated All-Ireland champions Tipperary by 3-23 to 2-24 in the quarterfinal at the Gaelic Grounds on Saturday.

The Tribesmen will now play Limerick in a Croke Park semifinal this weekend with new boss Shane O’Neill happy that his team never panicked against Tipp.

“That was tit for tat, an epic senior match,” said O’Neill. “We were a bit more composed in the second half than the first and that made the difference. When you are playing a team like Tipp who have really serious forwards and tough, tight backs, we were delighted we rose to the challenge.

“It was a game that had movement everywhere and there was pockets of space. Players have to keep an eye on their own match-ups. At times it was a game that took on a life of its own. We controlled it well in the second half.”

Waterford are through to play neighbors and fierce rivals Kilkenny in the last four of the All-Ireland hurling championship on Saturday night, and boss Liam Cahill knows they will have to up the ante and concentrate for 70 minutes after Saturday’s 3-27 to 3-18 quarter-final win over Clare.

“That’d be a major concern for me leaving here today,” Cahill told the42.ie. “It looked like a big lapse in concentration especially for the two goals in the first half when we looked to be in control of the game early on. Then to allow that to happen and to go in at half-time really in a dogfight. We really have to shore it up at the back if we’re to have any chance of progressing.”

After losing the Munster final to Limerick, Cahill was impressed with his team’s response against the Banner. He added, “This is what I dreamed of happening, the vision I had.

“That’s not to sound arrogant in any way. I feel these players are capable of playing at this level, these big days and big occasions.”