"He is a warrior" - Tyson Fury is one of the greats

Irish Traveller Tyson Fury, the two-time undefeated heavyweight champion, has won every major belt there is to win in the division. 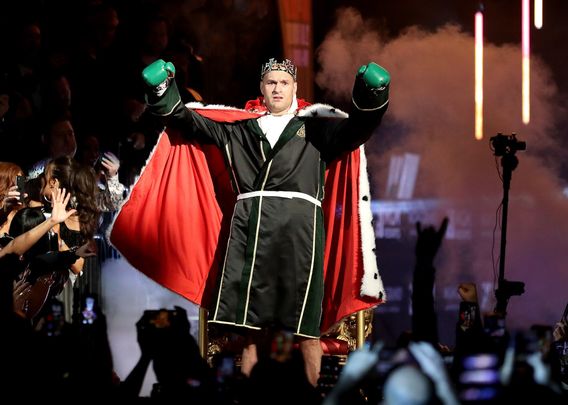 Irish Traveller Tyson Fury, the two-time undefeated heavyweight champion, has won every major belt there is to win in the division.

Tyson Fury’s dominant performance in his seventh-round TKO win over Deontay Wilder (42-1-1, 41 KOs) on Saturday night in Las Vegas has catapulted him to be considered one of the all-time greats in heavyweight boxing, according to his assistant trainer and cousin, Andy Lee.

By defeating Wilder at the MGM Grand in Las Vegas, Fury (30-0-1, 21 KOs) won the WBC belt, and over the course of his career, the now two-time undefeated heavyweight champion has won every major belt there is to win in the division.

“He is going to be up there with the all-time great. He probably is already an all-time great,” Lee told RTE’s Sunday Sport radio show.

“He has to be up there as one of the biggest sports stars in the world, regardless of sport. He is not just a boxing star now; he is a huge global sports star.”

Fury simply outclassed Wilder from start to finish.  Both men came into the rematch a lot heavier than the first fight (Fury 273 pounds vs 256.5 pounds, Wilder 231 pounds vs 212.5 pounds), but it was Fury who snapped Wilder’s head back with jabs and looked in complete control.

In the third round, Fury knocked Wilder down with a right hand, causing damage to Wilder’s left ear that impacted his balance and movement for the rest of the fight. What ensued was a beatdown, and it only stopped when Wilder’s assistant trainer, Mark Breland, threw in the towel during the seventh round, causing referee Kenny Bayless to call a halt to proceedings with 1:39 gone in the stanza.

“It would be a great trilogy, because I think he can improve, and I think he will make adjustments for the third fight, but Tyson is only going to get better and better.”

The matchup a lot of boxing fans want to see is a unification fight between Fury, who is now the lineal and WBC champion, and Anthony Joshua, who holds the WBA/IBF/WBO/IBO heavyweight titles.

Lee, from his own experience as a professional, only knows too well how hard some fights can be to broker.

“There is huge money involved here, so making these fights is always a complicated issue, but Tyson has the desire to fight Anthony Joshua, and as long as both fighters have that, the making of the deal should not be that hard,” he said.

“Tyson has two fights left on his contract. One of them was going to be the rematch with Wilder, and his last fight he wanted it to be Anthony Joshua. I would say it could be either of those two for his last fights.”

Lee noted how happy he was to be part of the Fury team and how this experience came so early in his career as a trainer.

“It’s the biggest prize in sports, the heavyweight championship of the world! To have played a part in winning that; I have only been coaching fighters for the last six months. It was a huge step up for me, and it was a huge pressure on me and responsibility that I felt I had,” he said.

Lee qualified that by saying that Fury called him last November, and that after a long chat it was Lee who advised Fury to go with Javan “Sugar” Hill, or SugarHill Steward, as he now goes by, as his head trainer.

“He took my advice and took my word that this would be a good move… so it did work out,” added a relieved Lee.

“It’s fantastic for him, he’s got Irish roots, his father’s people come from Galway, but his grandmother, who would be my grandmother’s sister, that is how we are related, our grandmothers were sisters, she was born in Bansha, Co. Tipperary. He proudly represents Ireland, and he has fought for the Irish (heavyweight) title and held the Irish title.”

Lee went on to explain how Fury can develop further by working with Steward.

“You saw the impact of eight weeks of training with the Kronk style and how much he will improve if he gets six months of that,” he said. “There is a lot more to come from him. He is only starting to punch correctly now. It’s amazing how far he came and how much success he had just getting by on his own talent and his own ability.

“But now, he is learning how to box and how to punch properly, and he is learning ring craft. You saw the way he manipulated Wilder and controlled him with his feet, without having to punch. He is going to get better and better, and I don’t think you have seen him peak yet. Once he beats Anthony Joshua, there will be no one out there to challenge him.”

Not only did Fury dominate the fight, but also his reputation as an outrageous entertainer was upheld on Saturday night as he seemed to lick blood off the shoulder of Wilder during an exchange on the ropes.  After the fight, he sang Don McLean’s “American Pie” to the 15,816 in attendance.

“He is a warrior. He will be back,” said Fury of Deontay Wilder after the fight. “He will be champion again. But I will say, the king has returned to the top of the throne.”

On Monday, Wilder said his 40 pound costume that he wore to enter the ring played a part in his defeat because of its weight.  He also blasted Breland for stopping the fight, and said he wanted a rematch with Fury.

“He didn’t hurt me at all, but the simple fact is ... that my uniform was way too heavy for me,” Wilder told Yahoo Sports by telephone. “I didn’t have no legs from the beginning of the fight. In the third round, my legs were just shot all the way through. But I’m a warrior and people know that I’m a warrior. It could easily be told that I didn’t have legs or anything. A lot of people were telling me, ‘It looked like something was wrong with you.’ Something was, but when you’re in the ring, you have to bluff a lot of things. I tried my best to do so. I knew I didn’t have the legs because of my uniform,” he said.

“I was only able to put it on (for the first time) night before, but I didn’t think it was going to be that heavy. It weighed 40, 40-some pounds with the helmet and all the batteries. I wanted my tribute to be great for Black History Month. I wanted it to be good and I guess I put that before anything.”