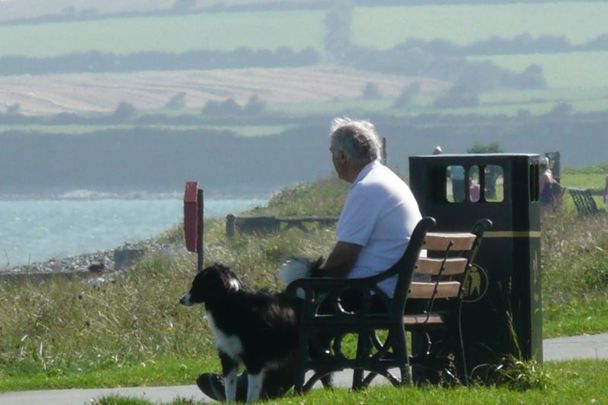 It's that time of year again, the holidays, when I see many of my family and friends on social media copying and pasting a standard message about others having problems, illnesses, lack of money, sadness, loneliness, and asking that the message be copied and pasted by their friends, and be left as their status for an hour in respect of this.

I'd like to suggest something different, something that could make a world of difference in the lives of so many others.

Since our touching as humans is becoming ever more infrequent as we depend more deeply on technology and the impersonal use of that for connection with one another, even amongst family members, perhaps it is time to step out from behind the computer and cell phone and visit the sick and lonely.

Take a nice dinner to a neighbor who might be alone, or invite them to your own family's table.

Volunteer at a retirement home or hospital, serve food to those who are in a homeless shelter, give someone without a car a ride to the store or a doctor's visit, or perhaps even visit those who are behind prison bars.

Societal breakdown is imminent if we don't step up and do something very soon. There is a sobering picture being painted of an increasingly fragmented world, where intimate social ties, once seen as an integral part of daily life and associated with a host of psychological and civic benefits, are shrinking, or nonexistent.

In these trying times, far more people appear to be suffering alone. Perhaps it is time for us, collectively, to reach out and touch another, I mean REALLY touch another, if only for a day.

It could make all the difference in someone's life to know that they are truly cared for. Not only during these holiday seasons, but every single day of every single year.