"I can remember the penitential meals that were served on Fridays during Lent in my house. Though I grew up in a Jersey City neighborhood famous for having a killer pizzeria on virtually every corner" 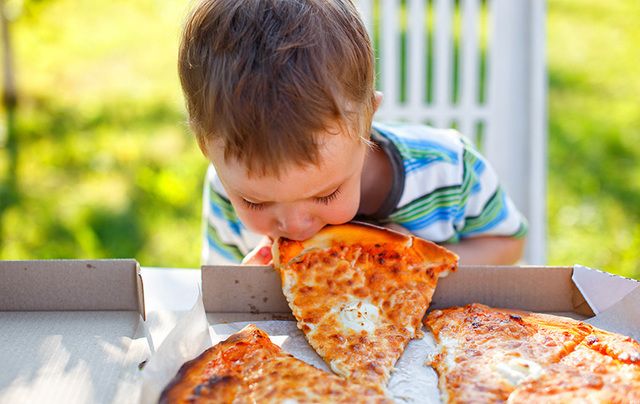 Lent is an adventure in endurance -- can a body really go without chocolate and iCarly reruns for 40 days?... Or even really good pizza? iStock

“I gave up social networking for Lent.”

I posted this on my Facebook profile on the morning of Ash Wednesday and within seconds I got the following reply.

“Lent started already, dummy! You’re not into it one day and already you have to find something new to give up.”

It made me swallow hard on my Egg McMuffin, which I realized had meat in it. Right there, my brain on shamrocks kicks into guilt mode.

“Perhaps your kind is more suited for Spy Wednesday,” that little voice inside my head whispered in my ear.

“That’s the day before Holy Thursday, when Judas gave Jesus up. Enjoy that Canadian bacon now, luv, ‘cos I don’t think they serve that down below where yer goin’.”

When it comes to Lent, I just give up. Period.

It says here on the AboutCatholics.com website, “Christian faithful are to do penance through prayer, fasting, abstinence and by exercising works of piety and charity during Lent. All Fridays through the year, and especially during Lent, are penitential days.”

I can remember the penitential meals that were served on Fridays during Lent in my house.  Though I grew up in a Jersey City neighborhood famous for having a killer pizzeria on virtually every corner, we did culinary penance with the English muffin pizza. The Irish mother’s recipe went something like this in our house:

*Split all of the English muffins and place on a baking dish.

*Uncap a large jar of Ragu marinara sauce, placing a dollop in the center of each muffin.

*Release eight slices of Kraft American cheese from the contents of their plastic sleeves.

*Broil until cheese bubbles, about 10 minutes.

Of course, the cheese was more processed than a Britney Spears vocal, which meant it only melted if it struck the surface of the sun. The poor English muffin would be a charcoal disc long before the broiler got to work on the bright orange faux dairy blanket.

It wasn’t until my cousin Rob married an Italian that we got a proper education on the sumptuous delights of snow white shavings of mozzarella cheese melting into the molten, slow-cooked Sunday gravy.

“Faith’n, ye all ate the Ragu that was put in front of yeh and it was good enough at the time,” my Aunt Mary sniffed, finding the prospect of a daughter-in-law outgunning her in the kitchen too hard to swallow.

Can I count dodging my daughters’ pointed questions about what I am giving up for Lent as penance enough? To them, Lent is an adventure in endurance -- can a body really go without chocolate and iCarly reruns for 40 days?

Back in my day, we were all given small cardboard piggy banks and encouraged to beg on behalf of the “mission babies” in Africa during the Lenten season. I remember what a thrill it was when we hit $100 in donations as a class- - that’s when we got to name our very own mission babies!

This was back in the 1970s, so I am sure there are plenty of middle-aged Africans running around the jungle angry at their parents for giving them names like Farrah, Fonz, Mork, Mindy, LaVerne and Shirley.

They would probably be a good deal angrier if they knew how many coins I siphoned off the top of the mission baby collection for ice cream and candy. Indeed, I have lots to atone for in my life.

It makes a guy change his McDonald’s order from a Big Mac to a Filet o’ Fish on this particular Friday, just in case this whole Lenten sacrifice thing saves me from the fires of hell. I’d imagine having your soul broiled like an English Muffin pizza would be just a tad painful...

Will to be giving anything up for Lent this year? Let us know below.

(Mike Farragher’s book, This Is Your Brain on Shamrocks, is available now. For more information, click thisisyourbrainonshamrocks.com)