I think it strange to find that Prince Charles, Minister Heather Humphreys and the late Spanish General Franco all hold the same opinion as I do about the importance of the Irish rural pub to the community. 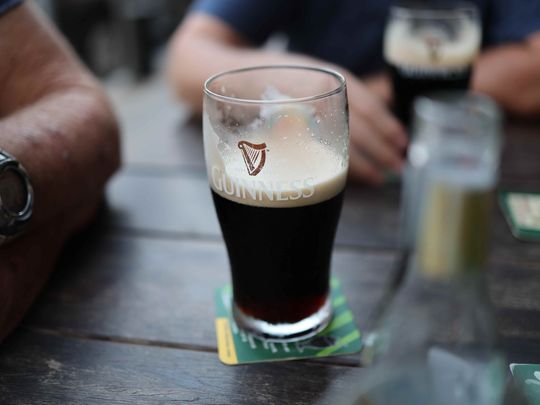 Journalist Ger Leddin has just returned to Ireland after living for seven years in Spain and has rekindled his grá for the Irish rural pub and appreciates the vital part it plays in the community.

I think it strange to find that Prince Charles, Minister Heather Humphreys and the late Spanish General Franco all hold the same opinion as I do about the importance of the Irish rural pub to the community.

As far as I know, none of the four of us has ever been in the same room at the same time — I’m sure I’d remember if we had.

I realized this synchronicity of opinion after reading that the Minister for Social Protection and Rural & Community Development Heather Humphreys has launched a “Pubs as Community Hubs” pilot programme aimed at “exploring how the rural pub can be utilised as a space for community activities and services.”

The Minister’s initiative is a pilot scheme that will see five rural pubs located in Cavan, Clare, Cork, Donegal and Kerry share in founding of €50,000 ($54,315) between them, to diversify into additional community activities such as digital hubs, community cafes, arts and crafts workshops, libraries and markets for local food producers during their off-peak hours.

Minister Humphreys’ initiative is not new. In 2001 Prince Charles talking about England commented “The country pub, which has been at the heart of village life for centuries, is disappearing in many areas. Many of them are the only remaining service in the local community, and by finding new uses they can work with local people for their mutual benefit.”

Prince Charles’s statement inspired and led to the founding of The Pub Is The Hub in the UK, a ‘not-for-profit’ organisation founded in 2001 and set up to improve community services and activities using village pubs as a centre point.

But even the Prince of Wales was slow off the mark — after coming to power in the early 1940s Spanish General Franco introduced the Hogares del Pensionistas initiative in rural villages and towns across Spain.

These bars, founded by the central government are often in isolated areas and offer a place for people to meet up, play dominoes, consult a social worker, avail of cheap tapas, arrange outings, borrow books and more importantly connect with others.

When I lived in a small village in Spain — isolated and not one of the tourist trap areas with their transient weekly tourist population — I noticed how alike the Irish and the Spanish are, very community orientated. They, like us, enjoy mixing, chatting and having the craic and these bar/community hubs play a valuable role in their social fabric and community.

After returning to Ireland I find myself living in “the middle of nowhere” County Clare and like so many others these days working from home.

Working from home, especially in rural Ireland can bring about a sense of aloneness. That’s why I admit to relishing the late afternoon stroll down to my local pub, the Pump House in Kilmurry.

You see, it’s not the one or two creamy pints, although I have to admit they’re a bonus, It’s the company. A break in the isolation, a chance to meet people, catch up on village news, to feel part of what is unfortunately left of a disappearing rural Ireland.

Face it, rural pubs in Ireland have been devastated over the last two decades. The smoking ban introduced in 2004, the recession of 2008, the enforcement of stricter drink-driving laws and the “morning-after” checkpoints policy by the garda (Police) and the below-cost sales of alcohol by supermarkets have all contributed to the hammering of nails in the coffin of the not quite dead yet pubs.

Then just when publicans thought things couldn’t get any worse along came the Covid pandemic and subsequent lockdowns. Three hundred and forty-nine pubs have closed in Ireland since the start of the pandemic. Any more pub closures added to the depopulation of small villages and townlands and you have a recipe for a disastrous shift for rural communities.

The Irish pub has played a huge part in the development of rural Ireland. We dealt our cattle and land there. We elected our politicians there. We even picked our local sports teams from there. We held our celebrations and mourned our misfortunes there. The pub was the unofficial community centre where we were among our own. We were known there.

I’m not talking about the big city or town Super or Gastropub, they’re in a class of their own with a much different demographic and serving a very different purpose.

A decent local rural pub with a friendly and welcoming atmosphere will make you want to go back again and again.

It’s the feeling of belonging, the feeling of entering and being accepted by the local community, telling a joke, learning the price of a tractor, borrowing a drill or sorting out a lift to the match next weekend.

Is the Ministers’ “pilot scheme” just a little too late? Again let’s face it, fifty-thousand euros ($54315) between five pubs is not going to bring about any significant change in the fortunes of beleaguered rural publicans but hopefully, it might get people talking and governments taking action in time to ensure the survivability of rural pubs and the enhancement of our Irish village communities.

Would Minister Humphreys’ initiative work? To be honest ‘I think it could. Granted it would take a fair bit of outside the box thinking and a fair bit of effort by publicans along with local and national government and the initiative would need the support of local communities.

But wouldn’t be great if it did work? Wouldn’t it be great to see rural pubs getting a new lease of life during the off-peak hours? To find pubs utilised as mini-community centres or meeting places where alternative activities, micro libraries digital hubs, book clubs, arts and crafts workshops could take place. Not only would it revitalise rural pubs but it would also help to revitalise our rural communities.

As I said there needs to be adequate funding to support rural pubs and outside of the box thinking by local agencies if not will local pubs melt away into extinction like the Dodo bird and video rental shop?