Taoiseach (Ireland's Prime Minister) Enda Kenny has come in for severe opposition criticism over the issue of north-south cooperation on the island of Ireland in the wake of "Brexit," the United Kingdom referendum vote to exit the European Union. 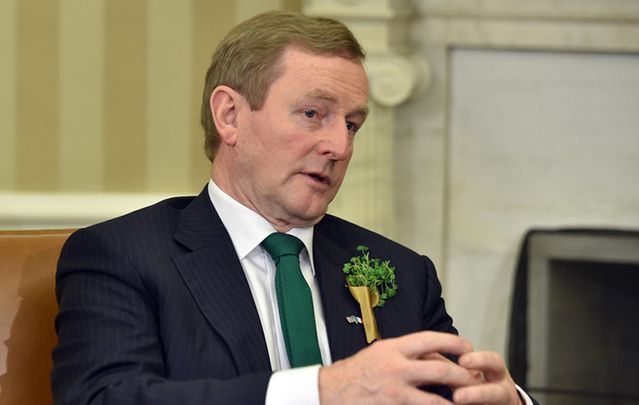 Taoiseach (Ireland's Prime Minister) Enda Kenny has come in for severe opposition criticism over the issue of north-south cooperation on the island of Ireland in the wake of "Brexit," the United Kingdom referendum vote to exit the European Union.

Sean Haughey, a son of former taoiseach the late Charles Haughey, was reacting to news that a proposal for an All-Ireland Forum on the Brexit result had to be scrapped "because the Government had failed to consult with Northern unionist leaders."

Deputy Haughey, who represents the constituency of Dublin Bay North in Dail Eireann, said Fianna Fáil originally promoted the idea "because we are acutely aware of the threats presented by the recent vote to this economy, the economy of Northern Ireland and the relationship between us both."

He added: “We were heartened when the Government appeared to get behind the idea and sources confirmed that it was set to go ahead."

But he said that the project had ended up as "a complete shambles" because the Government failed to speak to the North's First Minister, Arlene Foster of the Democratic Unionist Party (DUP) about it.

“I don’t for one moment believe that any one party should have a veto over what is a very important proposal, but the failure to speak to the First Minister in Northern Ireland completely undermines the project before it even begins," Haughey added.

The taoiseach took part in a plenary session of the North-South Ministerial Council, which is one of the bodies set up under the Good Friday Agreement, at Dublin Castle with Arlene Foster and Sinn Féin Deputy First Minister Martin McGuinness.

An Irish government press statement before the meeting said: "The taoiseach will raise the possibility of developing an all-island forum with the support of political parties, North and South, to discuss the joint challenges arising from the UK decision."

The leaders held a joint news conference afterwards where they were asked about the All-Ireland Forum and if it had been agreed or rejected.

The Taoiseach said: "It hasn't been proposed and therefore hasn't been rejected." He listed-off a number of bodies and arrangements other than "a statutory Forum" that were already in existence and where North-South discussions could take place.

Confirming that the idea was not put forward in the talks, Foster said: "There was no proposal at the North-South Ministerial Council in relation to the Forum. Therefore, there's nothing to be rejected, as it were."

Martin McGuinness commented: "I still think that the Forum suggestion is a good suggestion."

Foster said: "I believe there are more than enough mechanisms by which we can discuss these issues on a North-South basis. And, you know, frankly I don't believe there's any mechanisms needed, because we can lift the phone to each other on a daily basis if that were so needed, to have these discussions."

A joint communiqué issued after the meeting said there had been a detailed discussion on the implications of the Brexit vote and that the participants would be working together "to optimize joint planning and engagement on key issues arising following the UK referendum result".

On the same day as the North-South talks, the referendum outcome was discussed at a plenary meeting of the British-Irish Parliamentary Assembly (BIIPA), at Malahide on the other side of Dublin, attended by leading figures in unionist politics such as Sir Jeffrey Donaldson MP and former MP John Taylor, now Baron Kilclooney.

In an address to the assembly, former Fianna Fail minister of state and taoiseach's adviser on Northern Ireland, Dr Martin Mansergh, said that a combination of the Irish peace process and the European Union had "removed the visible border" between the two parts of the island.

"A top concern now has to be to protect the gains of the peace process, including peace itself, taking account of the clear desire of a majority of the people of Northern Ireland to maintain EU access as far as possible," he added.

Dr Mansergh continued: "While this State is a committed EU and Eurozone member, it may need to consider after British departure from the EU, by way of arriving at a new balance, how, when or whether it should strengthen its relations with Britain and perhaps with other anglophone countries which so many from Ireland have settled and worked to build."