We’re not holding the Irish rugby team close to our hearts these days. We’re not really interested in who they belong to, in all honesty. 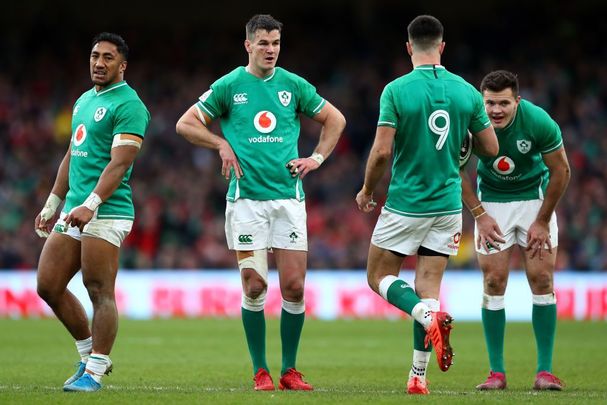 The branding remains the same. Adverts on television and online and billboards by the sides of roads are still telling Irish sports fans that it’s still the “Team of Us.” But we’re not holding the Irish rugby team close to our hearts these days. We’re not really interested in who they belong to, in all honesty.

The team that scraped through against Scotland in the opening game in the Six Nations Championship over a week ago, and suited up much more smartly last Saturday afternoon when they thumped the Welsh, was just another team at work.

An Irish team, sure.  And wearing the same green shirts.

However, there’s something missing. It’s not a special team anymore. It’s a team no longer making any promises.

Both victories were grabbed in front of a full house at Lansdowne Road. And with England looking nothing special at the start of 2020, there’s every chance this team will go to Twickenham in a couple of weeks and take another step towards a Grand Slam.

Would a Slam lull us back into an affectionate, caring relationship with the Irish rugby team?

Somehow, I doubt it.

Through the second half of the last decade, there was a relationship, and the team and the country was on a journey together. Close to the end of the same decade, we were officially labeled the No. 1 team in the world for a while.

Ireland was No. 1. And we had the No. 1 ranked out-half in the world in Johnny Sexton. Added to that was the firm belief that Joe Schmidt was the No. 1 coach in world rugby.

But, of course, we all know how the decade ended.  In disappointment in Japan, failing spectacularly at another World Cup.

It doesn’t help that the man who has succeeded Schmidt is an Englishman with no track record of leading any country from the very front as head coach. Andy Farrell is a tough-looking, fairly impressive figure from up close.

And he’s got a good life story to tell. Fathering a child at 16 years of age. Fighting for a future for himself and his young family from the off.

And making it as a legend in the game of rugby league in the north of England, before transferring his allegiance to rugby union.

He is still a fighter. After being a part of the English coaching team that was sent packing back in the middle of the last decade (after failing to make it to the last eight of the 2015 World Cup the country, unfortunately, was hosting), he restarted his career here as Schmidt’s right-hand man.

Problem is, Farrell is not one of us and at a time when the Irish rugby team is still hurting from 2019, we really needed one of our own to pick the country up off the ground.
The process, you see, of being picked up and dusted down is going to take a few years. The Irish rugby team needs to take a hard look at itself.

Some home truths will need to be spelled out, repeatedly. Like the fact that the game in this country remains pretty much the exclusive property of elite fee-paying schools.

This, and the allied fact that the vast majority of young lads in their teenage years all over Ireland – deep in the country – don’t even think of playing rugby for their country.

With such a tiny playing base, even the addition of a handful of men like South African CJ Stander and New Zealander Bundee Aki, who have served their three years in the country and won eligibility, cannot change very much.

Stander and Aki and a few others might parachute in, but things will not change very much while the Irish rugby team does not mirror us as a nation. Truth be told, the Irish rugby team is no more the Team of Us than football teams in England which, traditionally, have won over the hearts and minds of tens of thousands of Irish sports fans.

There are more passionate supporters of Manchester United and Liverpool here, than there are of our national rugby team. Hurtful, but true.

But here we are, beginning a whole new decade.  We’re two wins into a new season, and we should be a little bit ambitious, a touch optimistic, shouldn’t we?

Because the team that Andy Farrell is leading is actually being led out on the field by a man who is, to all intents and purposes, doing one long lap of honor before finishing up his quite brilliant career.

Sexton is 36 years of age. He’s not going to be around for the next World Cup in 2023 (and neither will Farrell in my personal opinion).

Asking Sexton to captain Ireland in 2020 was a decent way of saying thanks to the No. 10 for his years of service, but at a time when Jordan Larmour is showing the fastest of feet at full-back and the likes of Ringrose, Henshaw, Conway and Stockdale are young and hungry across the backline, Ireland needed a captain who is going to journey far into this decade with this team.

In 12 or 18 months, Sexton will be gone. He’s been a brave and seriously ambitious Irishman since breaking through back in 2009 for Leinster. But he does not have a future in the green shirt.

The biggest problem is that the Irish team lacks an identity, and really always has, and the only way the game of rugby in this country was ever going to win the hearts and minds of the whole country was if, in the autumn of 2019, in far off Japan, we went and won the World Cup.

It would also have told us all – and, more importantly, young boys and girls starting out in their sporting lives – that it is time to live and breathe the game of rugby.

Live it and breathe it like we live and breathe Gaelic football and hurling and soccer.  Such a triumph would have demanded of the vast majority of Irishmen and women that they stop watching rugby from a distance. But, embrace it.
Own it. Become it.

And all work towards the Irish rugby team truly become the Team of Us in 20 or 30 years from now.