Turn back the clocks? Protests against closure of Great Hunger Museum gain momentum

"If Ireland’s Great Hunger Museum was, instead, a remembrance of the Holocaust, or African American history, it would have never been touched." 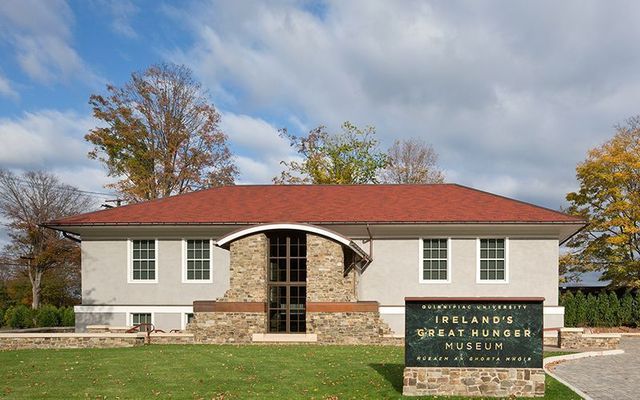 That was quite an impressive turnout in Hamden, Connecticut on Saturday when concerned Irish Americans gathered at Quinnipiac University’s Great Hunger Museum to pay tribute to the now-closed facility, and urge for either a re-opening or an intact move of the contents to a location that will show greater respect for the Irish experience in America than Quinnipiac’s current president, Judy Olian, has shown.

The efforts to save the museum continue to gather momentum thanks to the organizers led by Turlough McConnell who are rightly appalled by how all of this has played out.

The backlash to the museum’s closure and all the attendant media attention has given Quinnipiac a public relations disaster and also an investigation which is being conducted by the state’s attorney general.

At this stage, we’d bet that if Olian could turn back the clock she would have never proceeded with her quest to close the museum and disrespect the legacy of her predecessor, Dr. John Lahey.

If Ireland’s Great Hunger Museum was, instead, a remembrance of the Holocaust, or African American history, it would have never been touched. Olian and her board of trustees thought they could trample on Irish America and that no one would notice.

But they were wrong. It’s been said that the Irish influence in America is waning thanks to a lack of emigration, but the movement to preserve our history that’s contained in Quinnipiac’s museum shows that the Irish can still pack a solid punch.

*This editorial first appeared in the November 3 edition of the weekly Irish Voice newspaper, sister publication to IrishCentral.