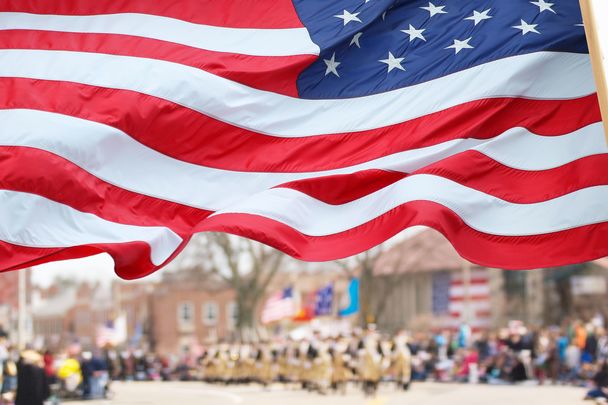 Dublin: As I've discovered in my nearly three decades in Ireland, nobody enjoys a day off work or values the past more than the Irish.

So you'd think the Emerald Isle would be a bit more creative where its public holidays are concerned. As it is, the vast majority of them are religious in nature or designated, quite simply and boringly, as “bank holidays.”

At least in the States, long weekends get dressed up. There's Martin Luther King Day, Presidents Day, Memorial Day, Labor Day, and Veterans Day. You get the picture. Some historical and cultural resonance goes a long way in justifying a sleep-in or a trip to the beach.

In my home state of Massachusetts, for instance, we celebrate Patriots' Day, a civic holiday commemorating the anniversary of the Revolutionary War battles of Lexington and Concord on April 19th, 1775.

As I see it, a similar holiday seems a perfect fit for Ireland, given the Emerald Isle's illustrious rebel past.

Three years ago Ireland engaged in the centennial commemoration of perhaps the biggest historical event ever to occur on this island: the 1916 Easter Rising. I don't care where your forebears hail from – Europe, South America, or the Far East – no country anywhere in the world has a more significant day on its national calendar.

Yet you wouldn't know it from the way the event is generally remembered. From what I've seen in my time here, official Ireland marks the day with appropriate pomp and circumstance – the president, accompanied by military honor guards, lays a wreath outside the General Post Office in Dublin – but the wider society has only a passing interest at best. By comparison, St. Patrick's Day – which celebrates some vague notion of Irishness – is monumental in scope with its silly parades and pageantry, both in Ireland and abroad.

There are two possible reasons for the Irish public's indifference toward an act of rebellion rivaling Boston's own “shot heard 'round the world.” First, Easter falls on a different Sunday from year to year. For a holiday to gain traction in the public imagination, a fixed date is essential – even if the elements for a compelling celebration of the 1916 Rising are ever present: heroic patriots, an honorable cause, and a dramatic (and complicated) denouement.

Also, it is worth remembering that the Easter Rising was not popularly supported. Indeed, the situation might have stayed that way if the British government hadn't responded with such blinkered and savage incompetence, executing the insurrection's main players and arresting thousands of others.

And that divided opinion continues to a lesser degree today. In most people's estimation, the courageous words and deeds of the activists, educators and general rabble-rousers inside Dublin's GPO in 1916 gifted future generations the present-day Irish republic. But for some, the rebellious folly undertaken by Pearse, Connolly, Clarke and their compatriots served to inflict further misery upon the Irish capital and its already distressed tenement-dwellers – and perhaps even delayed Irish independence.

Finally, this being Ireland, the picture wouldn’t be complete without the naysayers, those folks – dwindling in number on both sides of the border, thankfully – who insist that the job begun by the 1916 rebels is unfinished business so long as Ulster remains divided.

(Another of my discoveries: Irish historical memory is a living organism, embodied in an articulate older generation whose power of recall can bring the past to life better than any text. By contrast, for many Americans history is what happened ten minutes ago.)

So even as the Easter rebellion grows more distant in memory, its significance will continue to be duly noted each year by historians, politicians and interested laymen. But Irish authorities have undoubtedly dropped the ball over the years by not positioning the 1916 Rising beside (or indeed in lieu of) St. Patrick's Day as an annual holiday of international stature, comparable to the Fourth of July or Bastille Day.

Ireland deserves a Patriots' Day to call its own. Let's hope that commentators aren't delivering the same message in 2116.

*Boston native Steve Coronella has lived in Ireland since 1992. He is the author of Designing Dev, a comic novel about an Irish-American lad from Boston who's recruited to run for the Irish presidency. He also has two essay collections to his name, This Thought's On Me - A Boston Guy Reflects on Leaving the Hub, Becoming a Dub & Other Topics, and Entering Medford – And Other Destinations.