The O'Brien family who became prominent quizmasters in India

They have contributed immensely to the intellectual sphere of post-independence India, and several members of the family have over the years joined Indian politics 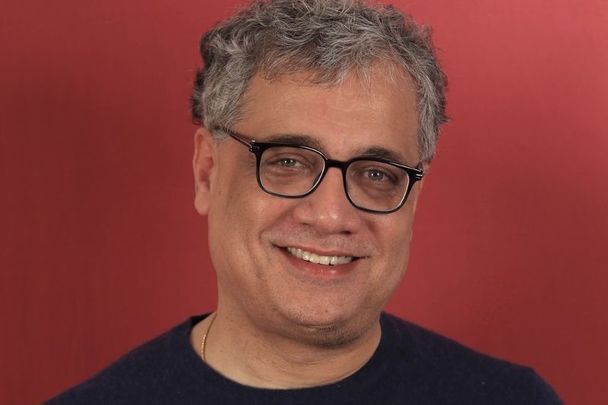 The O’Briens of Kolkata have been a prominent Indo-Irish family in India, a respectable part of the grand Calcutta societal mosaic so to say, in which innumerable communities of Indian and foreign origin have coexisted.

They have contributed immensely to the intellectual sphere of post-independence India, and several members of the family have over the years joined Indian politics, surprisingly even though Indo-Irish have a minuscule population in India.

But the one field that has been substantially synonymous with the name O’Brien in India is quizzing.

In India, quizzing as a game has no doubt distinctly Indo-Irish origins thanks to Neil Aloysius O’Brien.

India’s first Quizmaster, Neil Aloysius O’Brien, who laid the foundation of this game in India, was born on May 10, 1934, in Calcutta. He was brought up and educated in Calcutta thoroughly cosmopolitan yet profoundly traditional city of India.

He conducted the first well-organized, formal quiz in 1967, at Christ the King Church Parish Hall in Calcutta, Neil once said:"I didn't have an inkling till I went to the UK in 1966 and happened to watch a quiz show on television”.

When this pioneer of Indian quizzing passed away, his son Derek O'Brien, who carried forward his success, tweeted: “When the Great Questioner in the Sky asks u that Final Question even a quiz legend does not have an answer. Neil O'Brien my dad. My champion”.

Neil was blessed in having capable sons Derek, Barry, and Andy who too forward his Quizzing legacy. Let’s learn more about the history of this Indo-Irish more.

From Ireland to India

In order to trace the family history of the O’Briens of Calcutta, it would be prudent to take note of what Derek O’Brien himself wrote on this topic.

He has written that his great-grandmother on the paternal side, Nellie Bella, was a Doctor by profession. An erudite woman, she was born into a well-to-do Bengali Christian family and lived at various times in Jalpaiguri, Dharamtalla, and finally in Jamir Lane (Ballygunge) in Calcutta where she built what was to be O’Brien family home.

Derek wrote that his great-grandmother died in 1969 when he was a small schoolboy. She taught Derek and his brothers to speak Bengali before her death.

As per Derek, it was she who married an Irish settler in India, and took the last name, O’Brien.

Patrick O’Brien, Nellie’s first son, was  a civil servant who worked in Peshawar and Lahore and served as personal assistant to Sir Olaf Caroe, governor of the Northwest Frontier Province, and later Sir George Cunningham.

Nellie’s second son was Amos O’Brien, father of Neil O’Brien and grandfather of Derek O’Brien. Amos was one of Nellie's three sons and became the first Christian to serve as the head of the Department of English at Banaras Hindu University (BHU).

Neil O’Brien, son of Amos O’ Brien, was an excellent student. He was proficient in Latin to an extent that his spiritual mentor at St. Xavier’s College Calcutta, Jesuit priest Father John Biot, encouraged him to join the clergy.  However, he obtained his Master of Arts in English Literature from Calcutta University and went on to teach English at St Xavier’s College.

In 1964, he joined Oxford University Press, India, where he worked for thirty-eight years and went on to become the Managing Director. He was the Chairman of the Council for the Indian School Certificate Examinations (ISC/ICSE) from 1993 to 2010, a three-time nominated Member of the Legislative Assembly in West Bengal, and a Member of Parliament.

This transition from quizzing to politics was later emulated by his sons Derek and Barry too. He was a leader of the Anglo-Indian community, the president-in-chief of the All-India Anglo-Indian Association, and headed the Frank Anthony group of schools.

Neil O’Brien was the protege of Anglo-Indian leader Frank Anthony, who wanted to recommend him for a Lok Sabha membership which is the lower house of Indian Parliament in 1991. Indians with an Irish background are included in the Anglo-Indian category, as per the Indian Constitution.

Neil politely refused the offer of Frank because he considered his role of managing director at Oxford University Press to be more important.  He later became a member of Indian Parliament in 1997.

Derek O'Brien was one of the most famous quizmasters in Asia.  He was born in Kolkata and attended St. Xavier's Collegiate School in the city and St. Columba's School in Delhi, India.

After graduating with an English degree from the Scottish Church College in Kolkata, he began his professional career as a sports journalist but soon shifted to advertising.

After working for a number of very successful years as Creative Head of Ogilvy, Derek decided to focus all his energy and talent on his passion - quizzing.

Derek's brother Barry has also been a prominent quizmaster in India.

May it be politics, spirituality, or quizzing, Indo-Irish have had a prominent position in India. While Annie Besant established the Indian Home Rule League in 1916, for Indian independence from British Raj, Irish-born Sister Nivedita made notable efforts to serve the Hindu faith and the poor of Calcutta and Bengal during times of plague, famine, and floods there.

She even established a girls’ school in Calcutta, where she taught girls, adult women, and widows.