Just like Notre Dame, let the Catholic Church rise from the ashes of its controversial and scandalous past. 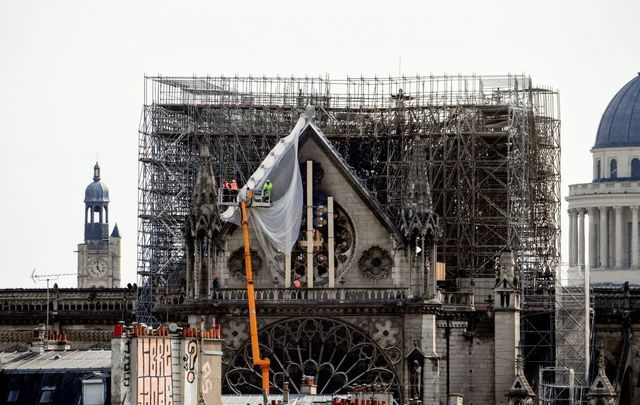 The ruins of Notre Dame. Getty

Just like Notre Dame, let the Catholic Church rise from the ashes of its controversial and scandalous past, writes Diarmuid Pepper.

Today, Notre Dame is a shadow of its former self. With the spire collapsing amid gasps and tears, it looked as though the famous bell towers might soon follow suit.

But they didn’t. Notre Dame is so badly scarred, injured, maimed and disfigured, but somehow, it’s still standing. Likewise, the Catholic Church still remains standing despite the controversies which have maimed it in recent years.

As we move throughout Holy Week and into Easter, Notre Dame can act as a powerful metaphor; the Church, for many, still stands secure and strong despite its many scandals.

An Ipsos/MORI poll in 2011 found that less than 10% of French Catholics attended weekly mass. In much of Europe, weekly attendance at mass for the continent’s Catholics is into single digits.

Despite this, many Parisians were literally on their knees on the banks on the Seine, reciting decades of the rosary for the burning Notre Dame. Others sang ‘Ave Marie’ as they mourned the burning building. 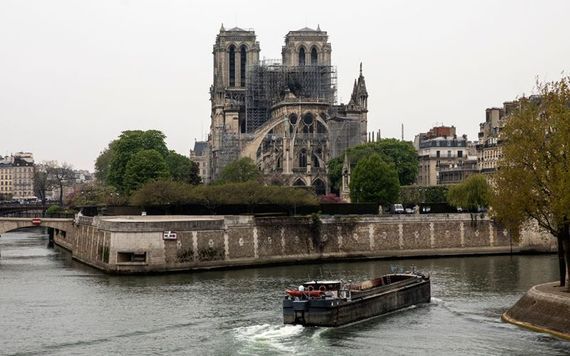 It is not absurd to mourn the loss of buildings such as the Notre Dame Cathedral. Historical buildings such as Notre Dame are embedded in the collective psyche, acutely so for Catholics. Barack Obama, in his reaction to the fire, noted this fact when he tweeted: “It’s in our nature to mourn when we see history lost.”

Historic buildings are an important cultural reference point for so many. For example, it’s why ISIS recently destroyed a lot of ancient temples and churches in Syria. They realise that, given the human nature that Barack Obama spoke about, we will often mourn the loss of a historic building more than we will mourn the death of a stranger on the other side of the planet.

However, Obama went on to say that “it’s also in our nature to rebuild for tomorrow, as strong as we can.” This is now a challenge that faces a disfigured and injured Catholic Church, just as much as it faces Notre Dame.

Corruption in the Vatican, predatory priests, endless headlines about abuse scandals; it’s not easy to stay Catholic in the face of all of this. But in a manner similar to Notre Dame, many continue to persevere despite the flames that engulf the Church. 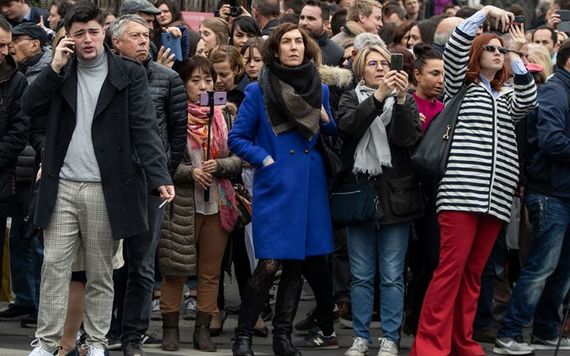 The public looking on as Notre Dame burns. Image: Getty.

It hasn’t been an easy task. The Church is handling abuse errors better than they have done in the past, but the response can still be woefully lacking. The faithful want a response reminiscent of Jesus literally driving the sinful money-collectors from the temple with a whip, but such a reaction has thus far not been forthcoming.

Actions speak much louder than words, but that being said, at least Pope Francis’ words have been hitting the right tones.

In a recent documentary, he reaffirmed his “zero-tolerance” stance on clerical sexual abuse. More strongly, he penned an open letter on August 20 last year, calling on the Church to “halt before the sufferings of the innocent, without excuses or cowardice.”

He further wrote that “it is essential that we acknowledge and condemn, with sorrow and shame, the atrocities perpetrated”. Firmly, he writes: “We showed no care for the little ones; we abandoned them.”

But while some within the Church hierarchy continue to cause us pain and sorrow, perhaps we ought to look for inspiration and renewal from the humble Catholics on the ground who quietly tend to the mustard seed. 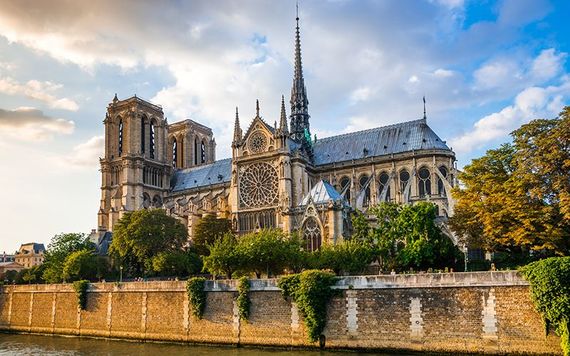 Catholics like Lieutenant-Colonel Arnaud Beltram. He was a practicing French Catholic, who volunteered to take the place of a female hostage during a terror attack in France. He was subsequently killed by the terrorists in place of the female hostage. His family said his Catholic faith gave him the strength needed to do this.

And Catholics like Thérèse Kapangala. When the Congolese president refused to hand over power despite losing the election, the Catholic Church in Congo rebelled. Thérèse Kapangala, a 24-year-old trainee nun, was killed for her part in protests. A Congolese priest said of the killing: “The Catholic Church will not shut up; no force can make it shiver.”

Pope Francis echoed the above sentiments when he recently asked of the young: “Even if others keep quiet, if we older people and leaders keep quiet, if the whole world keeps quiet and loses its joy, I ask you: Will you cry out?”

So let us hope that the Church and its faithful will not “shut up” about clerical sexual abuse and will heed Pope Francis’ call to investigate all the Church’s failings, to “cry out… without excuses or cowardice.”

But let us also hope that the faithful, in order that the Church remains standing, resist from being ‘single issue Catholics’ who are so pre-occupied with a single issue, be it same-sex marriage or abortion, that they completely forget about Jesus and his message of love and forgiveness. Indeed, Pope Francis has even asked that Catholics stop “obsessing” over all things sex.

Let us refrain from being Catholics who, in the words of Fr. James Martin, “try to be so Catholic that they are barely Christian.”

In vigorous pursuit of a single issue, some Catholics become the complete antithesis of the outcast Jesus Christ; who asks us to give to all who beg from us, to be willing to turn the other cheek, to be always willing to forgive.

In the midst of all this intolerance for the sake of a single issue, they totally forget what it means to be a compassionate follower of Christ, and in turn, make people fearful of the Gospel.

The Gospels recount the life and teachings of a first Century, brown-skinned, homeless, liberal, socialist, Palestinian Jew; a figure who was in favour of the separation of Church and State (“Give to Caesar what is Caesar’s, and to God what is God’s”), who was forever welcoming of the stranger and the outcast, and who often ignored absolute laws and instead made love and compassion his guiding principles.

Notre Dame is a beacon for the faithful and the non-faithful alike. It’s time for Catholics, in our thoughts and our deeds, to be a similar beacon in an ever secular society.

Pope Francis recently tweeted: “To understand, forgive, accompany and integrate. That is the mindset which should prevail in the Church.” In order that the Church should still stand, it’s the only mindset we can have.