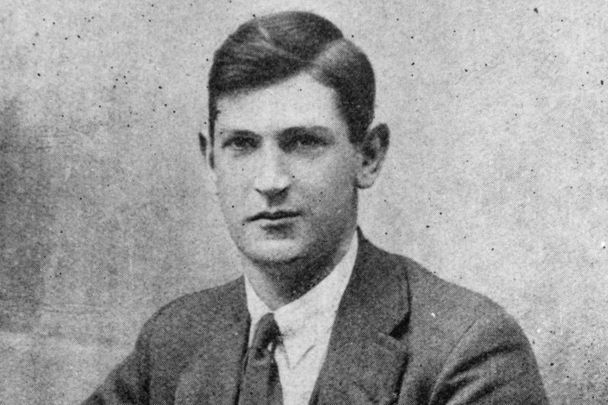 There are many hotels across Ireland that boast a connection to Michael Collins.

In Leitrim, the historic Bush Hotel in Carrick-on-Shannon has a special Michael Collins room where visitors can stay. Room 1 in the Bush Hotel was where Collins stayed when he was in the North West in 1917 drumming up support for Sinn Féin. Today the room is decorated with photos and memorabilia from the time Collins stayed there. Apart from The Big Fella, the boutique Bush Hotel has hosted the likes of Parnell, O'Donovan Rossa, and Daniel O'Connell.

In Dublin, Collins stayed in a number of hotels while conducting the war for Irish freedom. The Castle Hotel on Denmark Street hosted Collins many times, along with Éamon de Valera. The Georgian gem dates back to 1899 and room 204 was the one Collins often stayed in.

The Gresham Hotel, also in Dublin, was a favourite haunt for Collins. One Christmas night during the War of Independence, he almost got caught by Black and Tans when they searched everyone gathered in the hotel bar. Collins was there having a festive drink with friends but, he managed to talk his way out of a dire situation with tans and he even bought them a bottle of whiskey for their troubles!

This month marks 100 years since the first meeting for the drafting of the Constitution took place in The Shelbourne hotel, under chairmanship of Michael Collins. This meeting was the first of several meetings that took place between February and March 1922 in The Shelbourne. pic.twitter.com/9J3lh2mUb1

In Dún Laoghaire, Collins found refuge in the Royal Marine Hotel. The grand old hotel overlooking Dublin Bay was where Collins and his fiancee Kitty Kiernan escaped to in Room 210 during their courtship.

In Collins's own county of Cork, a number of hotels have a sad link to the statesman, as many hosted him on the last day of his life - August 22, 1922.

In the reception area of the Imperial Hotel, Cork City, there is a large portrait of Collins looking down on visitors, and next to it is a brass plaque informing them that he spent his last night alive in the hotel before meeting his death in Béal na Bláth the following day. Today, room 115, the room Collins stayed in, has been renamed the Collins Suite and is decked out in fine period furnishings.

Did you know Michael Collins spent his last night before that fateful day in Béal na Bláth in 1922? #irishhistory pic.twitter.com/m3kHi94p21

In the heart of Clonakilty town sits O'Donovan's Hotel where Collins was a regular. Dotted throughout the old hotel are display cabinets with items relating to the local hero and the walls drip with many photos and news cuttings.

During the summer of 2022, the town hosted a re-enactment of a speech Collins delivered at the front door of O'Donovans Hotel which was filmed by a Pathé Newsreel crew in 1922. The statue of Collins in the town square is modelled from that famous speech he made outside O'Donovans door.

In Skibbereen, The Eldon Hotel has an eye-catching plaque at its front door informing people that Michael Collins had his last meal in the hotel when he paid a visit there on the evening of August 22, 1922 before venturing on to his death at Béal na Bláth.

The hotel saw large crowds gather at its front door on that August evening 100 years ago to get a glimpse of the famous statesman. One of the last photos of Collins was taken there when he left the hotel and hopped into his waiting car outside the door. That photo now hangs in the lobby of the Eldon Hotel.

Another iconic photo, the last one before his death, leaving the Munster Arms Hotel. pic.twitter.com/dbOOQslHCy

The most famous hotel associated with Michael Collins is the Greville Arms in Granard, Co Longford. The hotel was run by the Kiernan family and it was the go-to place to stay for revolutionaries like Michael Collins. He first stayed there in 1917 while touring the area for Sinn Féin and it was where he first met Kitty Kiernan.

The hotel's interior harks back to the era when Collins and Kitty were a courting couple. Its walls beam with memorabilia and photos concerning the two love birds while the bar is named for Michael Collins while the eatery is named after Kitty!

The modern reality of Ireland is breathtaking

Good fun, and seriousness, at Féile An Phobail in Belfast