Nostalgia for the good old days and ideas about new 2km friends. 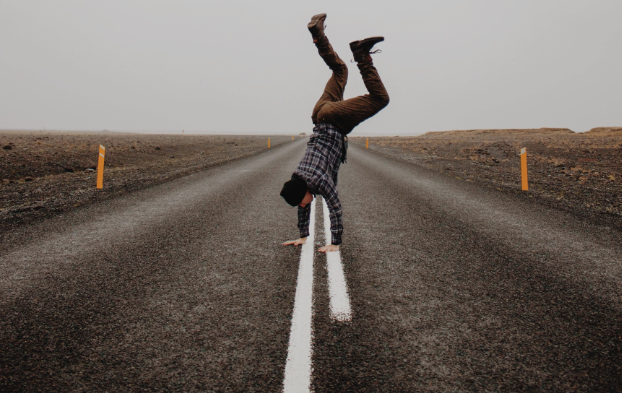 The Irish are valiantly flattening the curve and staying 2km from home during this coronavirus outbreak but for some, this can bring on nostalgia for the good old days and ideas about new 2km friends.

I got pulled over by a cop this morning. Wanted to know where I was going. So I bowed my head gently and gazed at him over the top of my gold-rimmed aviator shades. "I'm going all the way, baby. Til the wheels fall off and burn."

I was really just going for the milk. But it's a good line. From a Bob Dylan road trip song called Brownsville Girl, co-written by the great Sam Shepard.

I only thought it; I didn't actually say it, because I was in the wife's Nissan Qashqai and you couldn't back it up with that. If I was in my old sports car... who knows?

Road trips are off the plans for now. The best we can do is get Google Maps out and plan a little 2km canter on foot in the vicinity of our own homes. I figured the best way to do this was to pick the four points of the compass and see where they took me. At least that would give me options.

Since I live in Wicklow, due-east for 2km would bring me several hundred metres out into the Irish Sea. I haven't seen many fishermen out in boats recently, so in terms of social distancing, that's safe ground. Water. But I'd rather stay dry.

Due-south takes me smack bang onto a roundabout. That's an interesting one. I could go at night, circle it for as long as it took for the sky to spin and the stars to merge into one great constellation before attempting a very dizzying stroll back home. It's the best alternative to a walk back from the pub that I've got. Possibility.

Memories of wine bars and flowers

Due North brings me to a Circle K petrol station and while we don't need fuel much, the trusty petrol station is a safe bet if you're stuck for a sausage or a birthday card, or even a bunch of flowers.

I recall an occasion a long time ago when a late-night kept getting later despite all the will I could muster to draw it to a close. I'd ended up in one of those wine bars that don't actually exist at all in the daytime with a circle of wonderful friends, none of whom I even knew. Eventually, single-vision became double-vision, double-vision became triple-vision, triple vision – you get the picture – until all the faces began to layer like a tower of beer mats and I knew it was high time to go.

Outside, dawn was beginning to cascade in piercing shards and I knew I was in trouble. Staggering into a petrol station to get anything cold from the fridge and a handful of scratch cards in case the worst came to the worst, I spotted the bunches of flowers aglow and shining in a black bucket. Every colour of the rainbow was represented. (Except indigo, because I've yet to meet anyone who knows what colour indigo even is. I mean, did Jimi Hendrix write Indigo Haze?) They spoke to me, those flowers. No, they sang. Think it was Folsom Prison Blues and I knew they were my get-out-of-jail tokens.

Clambering through the front door of the tiny flat we lived in back then, the noise of the plastic wrapping was like the sound of coarse gravel being tipped from the back of a truck and thus she appeared, at the bedroom door, aglow like a moving statue of white marble but just not so benevolent.

"What the hell is this?" she said pointing at the flowers.

I did the dejection look.

"I get up early. On a Saturday morning. To go and get you flowers. And this is the thanks I get. I'm going back to bed."

It could catch on. If we all did it. Making new but technically socially distanced companions at a time when we so desperately need the company and solidarity of others.

I miss it. And if there is one positive that we can look to as we work our way through this nightmare, it's each other. Friends, we will meet again. And when we do, it will be with the realisation that time is short, it moves too quickly and not enough of it is spent together. If we had good friends before this, we will have great friends when it's all over. We can focus on that. Remember it as each day begins and be comforted by it when each day ends.

There are substitute meet-ups of course, which I've tried. Video-conferencing hang-outs on Skype or Zoom where friends with pastel faces raise glasses and chat and reminisce. It's better than solitude but it's not the same. You can't borrow money from them. And you miss the familiarity of the beer farts. Talking shite to a stranger on the way home in the back of a taxi. And buying flowers in a petrol station.

* Tom Galvin is a writer based in Wicklow, Ireland. Find out more here www.tomgalvin.com or follow him on Facebook.