Larry Gogan an Irish radio hero will be sadly missed

For this child of 1960s Ireland listening to Larry Gogan play pop songs was a lifeline, bring the beautiful music of the swinging sixties into Irish homes before the arrival of record players. 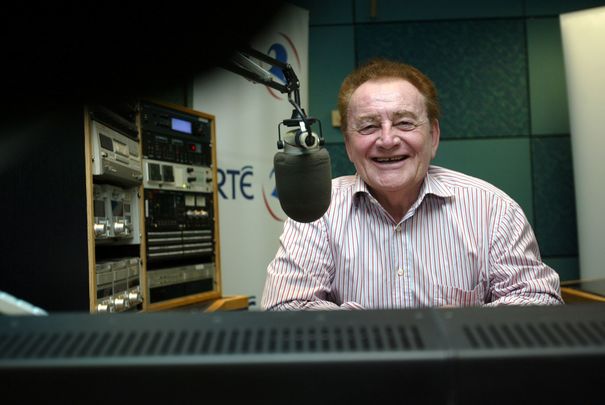 For this child of 1960s Ireland listening to Larry Gogan play pop songs was a lifeline, bringing the beautiful music of the swinging sixties into Irish homes before the arrival of record players.

Larry Gogan has passed away. How very sad. Numerous people are on the airwaves, here in Ireland, today talking about him. They are mostly talking about his time on FM2 ­– or Radio 2, as it used to be called.

Well, I (born in 1951,) and many like me, were teenagers in the days of only one radio station, Radio Eireann. Our heavy black wireless was on, in the kitchen, when we ran in for our dinner, every day, from school. We listened to the sponsored programme with great interest, because this was our only chance of hearing pop songs.

Once the show The Kennedy’s of Castleross was over Larry Gogan, Gay Byrne, Brendan Balfe and others played the wonderful songs of the '60s for us. We went back to school singing Return to Sender, Bachelor Boy, From a Jack to a King, Lucky lips, and Can’t buy me Love.

When we started secondary school we loved Pop Call. This was on every Wednesday night at 11 pm. Pop Call was presented by Larry Gogan, who was young and gorgeous.

You must remember that we had no record players, no singles or LPs [records] because we were young and there was no spare money for such luxuries in houses full of children.

During the school term when we were supposed to be in bed early we’d sneak back down to the wireless to hear Larry play wonderful songs like Pretty Flamingo, Paperback Writer, The Mighty Quinn, A whiter Shade of Pale, Young Love, Honey, and Hey Jude.

At my first hop, in Athlone Rugby Club, a local man played records for us. He was the very beginning of the DJs.

Larry to me will be synonymous with the wonderful music of the swinging '60s, the best music of all. Only for his programmes on Radio Eireann we’d never have heard this marvellous music.