Is is time for progressive women like me to quit the Catholic Church?

I spent ten years living in Ireland and became increasingly repelled by the Catholic institution of the Church. 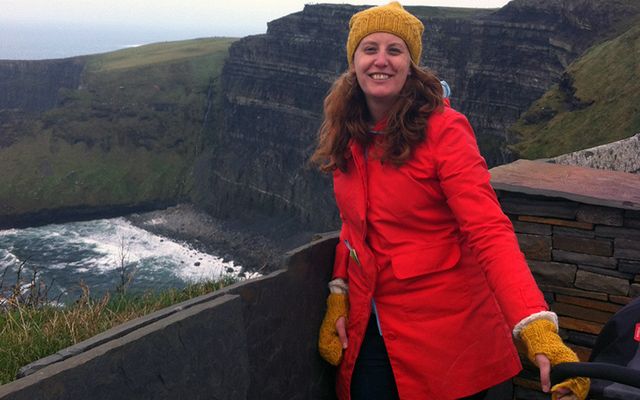 I doubted much of what went on in Catholic churches early on in my life. I told my dad it was creepy that we had to kneel in front of an old guy in a robe at mass when I was 10 or 11. I weaseled out of my confirmation at 15 and thought I was skipping into a sacrament-free future as a young modern feminist.

Yet, years later I found myself having ‘words’ with the avid church lady in Galway who was leading a confirmation prep class that I had to attend in order to receive confirmation at St. John’s in Galway so I could marry my Irish fiance in the Church, but I felt like I was prostrating myself again in a front of a man in a robe.

Fast forward through a Master’s degree, my wedding, funerals, jobs, two baptisms, a move back to the US and here I am again contemplating yet another Catholic ritual – my son’s First Communion

The sick irony of the Irish government hosting a Citizen’s Assembly on the 8th amendment while making no moves to open a criminal investigation into the hundreds of human remains found at the site of the former Bon Secours Tuam ‘home’ for mothers and children makes me wonder why the hell I am considering signing my son up to make his First Communion next year.

Why the hell am I, a feminist who does not believe in a literal reading of the bible, still a Catholic at all?

I spent ten years living in Ireland and became increasingly repelled by the Catholic institution of the Church, despite being increasingly involved in the Catholic community and culture because of its pervasive role in all aspects of Irish life.

The 8th Amendment of the Constitution of the Republic of Ireland criminalizes abortion except when a continued pregnancy endangers the mother's life. The amendment does not make abortion illegal as thousands of Irish women travel to the UK every year for the procedure, but it rather means they can't access the procedure in Ireland.

This ban on abortion, of course, influences the medical profession and led to the death of Savita Hallapanavar in 2012 when medical professionals in a Galway hospital refused to terminate her septic pregnancy. There has been a steadily increasing movement demanding the Irish government allow the nation the option to repeal this 8th amendment through a public referendum.

It was not so much the hypocritical ban on abortion itself that repelled me, but rather the accepted role of the Catholic Church as a stakeholder in Irish public policy and services. I had to send my son to a Catholic-controlled school despite it being tax funded so I had to produce a baptism certificate. He would have made his sacraments through the school during class time if we had remained in Ireland.

How could this organization that had a proven record of criminal child abuse still be allowed to be involved in public education? It pissed me off and made me mad at the very Irish culture that allowed the church to commit countless atrocities against women and children in Ireland and Irish-American communities. How could I consider myself a Catholic and be a good person?

Many Irish feminists and journalists have the answer for me. I can’t be a feminist and a Catholic and I am choosing the easy path by continuing to participate in a corrupt organization’s rituals. According to Donald Clarke’s opinion piece reprinted by The Irish Times in relation to the question of the church’s rituals, I shouldn’t participate in rituals, such as First Communion, if I don’t approve of the church.

This might be the simplest solution to my dilemma, but who does it help and if it was that simple to me I would have already expunged the Roman Catholic from my identity. As I struggle to answer this question for my own sake three answers emerge.

Firstly, I like rituals because they connect me to the generations of my family before me and to communities all over the world in a way that creating my own brand of religious rituals wouldn’t do for me or my children.

Secondly, I have enough respect for the victims of the church’s abuse who are still Catholics and still participate in the rituals to consider their faith might not be misplaced.

Finally, feeling like I need to take individual responsibility for the wrongs of the Catholic Church perpetuates the silent guilt created by the Catholic power structures in Ireland and Irish-America that allowed communities to stay behind their curtains while not-so-secret abuse, imprisonment and shaming went on in parishes everywhere.

I have confused the Catholic faith with the institution of the church and allowed my anger and repulsion to alienate me from the faith of Catholicism which is about social justice and community.

The victims of abuse have overcome enormous physical and psychological obstacles to confront the power of bishops, cardinals, parish priests, nuns and the Vatican as a whole and what have we done about it collectively as Catholics to support them? Why in 2014 did Catherine Corless, an amateur historian, have to single-handedly research and publicize the death and secret burial of hundreds of babies in what were public institutions in communities all over Ireland?

The feminist and community development professional in me can’t quite just walk away.  I continue to vote even when I don’t ‘approve’ of the major political parties in Ireland or America. Feminists don’t approve of Donald Trump but they haven’t all left the political arena.

Staying home on Sunday morning is just like the silent treatment. This might prove to be the best option for me but I would rather be part of an Irish-led collective movement to remove the church and their sexist and controlling leaders from social policy in Ireland and the US.

I would rather see Catholics in Ireland and America throw off the guilt and silence created by the church and demand their rightful role as members in creating church policy. I would rather see my son's make his communion in a church that practices gender equality in its institutions than in the current system but I fear if myself and other feminists are too repelled to be catholic that nothing will ever change.

Colleen Hennessy studied Irish and American social policy for 10 years and worked for the Irish government for 8 years while living in Galway and Kerry. She has an MA in Community Development from NUI Galway, a BA from Tufts University and alternates her time between policy writing and freelance journalism.  She can be reached on Twitter @colleenhenness4 or at colleenhennessy.com