A bad week for Irish media - Gay Bryne and RTE

As Ireland mourns their beloved Gaybo the country's State broadcaster, RTE needs a dose of reality as 200 of the 1,800 staff stand to lose their jobs in 2020. 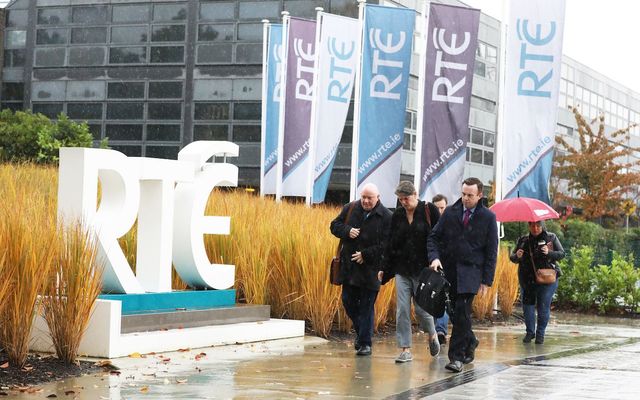 Seamus Dooley Irish Secretary of National Union of Journalists with Chair of the trade union group at RTE Shirley Bradshaw, RTE Agriculture Correspondent Fran McNulty(R) and Karan O'Loughlin. Arts, Culture, Print & Media Sector of SIPTU on their way onto a meeting at RTE in Donnybrook. RollingNews

As Ireland mourns their beloved Gaybo the country's State broadcaster, RTE needs a dose of reality as 200 of the 1,800 staff stand to lose their jobs in 2020.

The death of Ireland's most popular TV personality Gay Byrne last week was not unexpected. He was 85 and had been battling cancer for several years.

But nevertheless it was a shock and people all over Ireland mourned the loss of a man with whom they felt a special connection.  There was the feeling that his death marked the end of an era in Irish broadcasting, one of integrity and courage as well as an irrepressible sense of fun.

The tributes to Gaybo (as he was fondly called) drew attention to the extraordinary influence he had on Irish society over several decades.   At a time when the country was a dour place where problems were swept under the carpet in the name of propriety, he provided an outlet for ordinary people that neither the bishops nor the politicians seemed able to control.  It made his weekly Late Late Show on the national broadcast network RTE and his daily radio program unmissable, and people loved him for it. 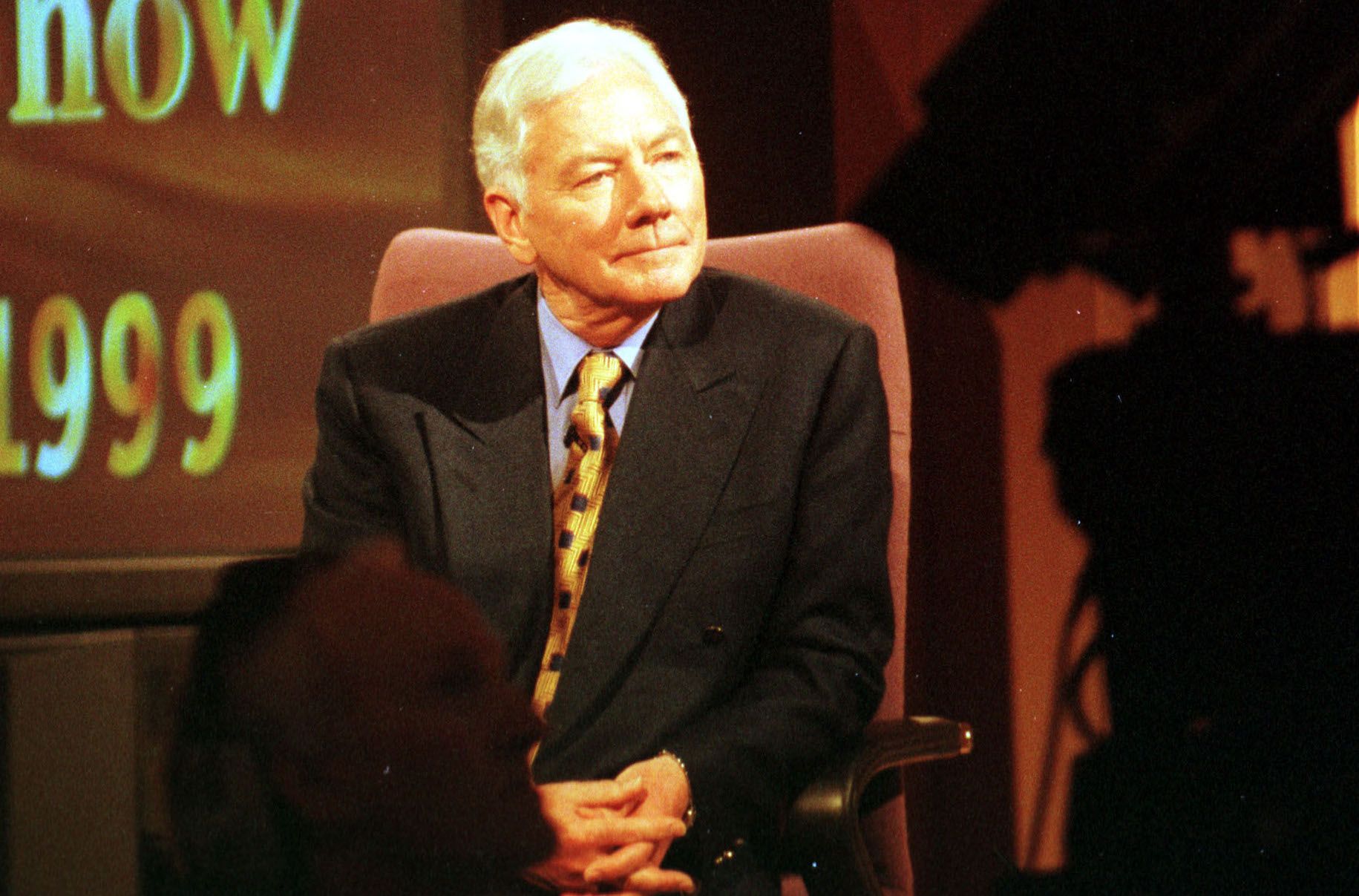 All the topics that were unmentionable at the time -- like sex, domestic violence, loneliness, contraception, divorce, etc. -- were aired, revealing the hypocrisy and double standards of the holy republic we had created.  Famously, one Irish politician who was angry at something he had seen on the Late Late claimed there had been "no sex in Ireland before television."

There were numerous so-called scandals created by the show which had started in 1962.  An example was the Bishop and the Nightie furor in 1966 when a bishop denounced the show because a woman in the audience had revealed that she had worn nothing in bed on her honeymoon night.

Believe it or not, this made banner headlines in the papers the next day -- the sixties may have been swinging elsewhere but not in Ireland.  In the following week, several local councils around the country criticized the show, and a politician in the offended bishop's area said the Late Late was "a dirty program that should be abolished altogether."  RTE issued an apology for any offense caused.

Read more: Spine-tingling version of "The Parting Glass" in tribute to Gay Byrne

There was even greater uproar a few weeks later when a student who was on the Late Late panel described the grandiose newly built cathedral in Galway as a monstrosity and a scandalous waste of money when there was such poverty in the country and unmarried mothers were being treated so badly.  To make matters worse, he called the bishop of Galway a moron and questioned whether he really understood what Christianity meant.

Again, RTE apologized.  Such was the power of the church at the time.

The fuss over these two incidents may seem hilarious in retrospect, but at the time they were taken very seriously and are an indication of the insular, backward society Ireland had become in the few decades since independence.

In the record-setting 37 years Byrne presented the Late Late (up to 1999) he drained this quagmire, doing more than any politician to bring social change to the country.  Women's lib, gay rights, AIDS, travelers, unmarried mothers, abortion...these and dozens of other topics that had been silenced by the political and clerical authorities were openly discussed on his TV and radio shows.

He had a knack for combining humor and shock value to get across the point, as in one Late Late segment about contraception when he tore open a condom and unrolled it to gasps and giggles from the studio audience.  In addition to normalizing and making possible social change, as time went on the show moved more directly into political matters, with party leaders appearing and lively arguments about compulsory Irish in schools, housing, hospitals, and other issues.

It was this ability to combine heavy and light topics in one show that made the Late Late unique -- maddening, thought-provoking, yet always entertaining and frequently riveting.   Appearances by people like Billy Connolly and Peter Ustinov had both the host and the audience helpless with laughter.

Other interviews were unbearably sad.  Charlie Haughey's long-time mistress Terry Keane telling her story, or an early interview with Gerry Adams (Byrne was instructed by RTE management not to shake his hand) were revealing in ways the participants never intended.

The Late Late was, as Byrne himself often said, primarily an entertainment show because without the audience it would be nothing.  Yet over the decades somehow he made it so much more, a key part of Irish life which, at its peak, had half the population tuning in on a Friday night when they could have been in the pub.  As they say here, we won't see his like again.

Typically, even in death, Gaybo was still creating problems for the RTE management because they had to postpone the announcement of a major cost-cutting program last week due to his passing and the huge funeral which followed.  This delay led to the plan being leaked before RTE staff were informed, which added to the anger at what is proposed.  Overall, last week was not a good one for the national broadcaster.

RTE, established by the state but run by an independent board, is an unusual animal in the media world, and therein lies the core of the problem it faces.  It is both the national broadcaster and a commercial station, funded by an annual €160 license fee which everyone with a TV here must pay whether they watch RTE or not, and also by commercials.

It's a structure that makes less sense as time goes on, evidenced by the fact that RTE has been losing large amounts of money for years now.

Over the past decade, RTE has repeatedly cut costs by reducing staff numbers and changing work structures, buying in more programs, even selling off some of the valuable land surrounding the station in one of the most expensive areas of Dublin.  The latest cost-cutting plan will see 200 of the remaining 1,800 staff losing their jobs next year, pay cuts for the top presenters and station executives, and a pay freeze for everyone else.

I fully support public broadcasting. But RTE has got to change! Overpaid. Pious. Self absorbed. Self reflecting. Self congratularly. Not too mention, its a biased, pro establishment, anti republican, anti working class embarrassment. Thanks for listening @DublinSinnFein pic.twitter.com/xWZJNym3Nv

The National Symphony Orchestra will no be longer be part of RTE, the Lyric classical music station will be moved out of Limerick to share studio space elsewhere, digital radio stations will be shut down and various other cost-saving changes will be made.

The aim is to save €60 million over the next three years (last year the station lost €13 million).  That may prevent RTE from collapsing, but even if it is achieved no one thinks it will be the end of the station's difficulty caused by the gap between revenue and costs.

The problem is two-fold.  Firstly, there's the license fee that RTE wants the government to increase.  It's been at the same level for a number of years now and is slightly behind the license fee the BBC gets in the U.K.  However, there's no comparison between the output of the two national broadcasters, and the BBC is not allowed to sell commercials.

RTE complains endlessly about the poor license fee collection rate -- it's contracted out to the postal service -- but almost 90 percent of the households in the country who should pay do so.  A more relevant point is that a significant number of those who pay a claim they use very little RTE, instead of watching dozens of channels on cable and satellite services.

Then there's the decline in RTE's revenue from commercials which has fallen sharply in recent years due to the competition from other TV providers as well social media, streaming of content on phones, tablets, laptops, etc.  Of course, this catastrophic undermining of ad revenue by the big players like Google and Facebook has hit all media hard, particularly newspapers, but RTE has also had to cope with vastly increased competition in the new digital TV age.  From being a big fish in a small pond, it's now a small fry in a huge ocean of content.

One problem for RTE is that the Irish market is so small, but what it's expected to do as the national broadcaster is very demanding -- and costly.  The centenary events related to 1916 and independence are an example.

Another less obvious example would be TG4, the Irish language TV station, and Radio na Gaeltachta, the Irish radio station, both of which RTE has to carry as part of getting the license fee.  This eats up almost 10 percent of what is collected in the license fee, although the audience for these services is tiny.   Of course, the language is a sacred cow that can't be touched, but it seems unfair that RTE has to carry so much of the cost.

Having said all that, RTE has been painfully slow in adapting to meet the challenges it faces.  It's position as the national broadcaster and beneficiary of the license fee gave it the luxury of remaining above the very harsh decisions that had to be taken in other media organizations where staff numbers, pay, and pensions were slashed and productivity was forcibly ramped up.  In comparison, RTE still exists in a union-dominated world of generous staffing and strict job demarcation that is history elsewhere.

Nor has RTE done itself any good by the very PC context in which it reports all news and current affairs.  It prides itself on its presenters giving tough interviews to government ministers on various issues.  But on really hot topics -- like the current debate on accommodation for asylum seekers, for example -- RTE sticks to the PC line and the official position.

Asylum seekers are never asked searching questions about their background or why they chose to come to Ireland.  But local opponents of the accommodation system are grilled mercilessly and accused of being quasi-racists.   It's a reflection of the left of center culture deeply embedded in the station.

RTE does good work, but it's badly in need of a dose of reality from the outside.   Uncle Gaybo would have told them that.