The drafters of that provision have long been accused of perpetuating stereotypical attitudes towards the role of women in Irish society and assigning to them a predominantly domestic role. 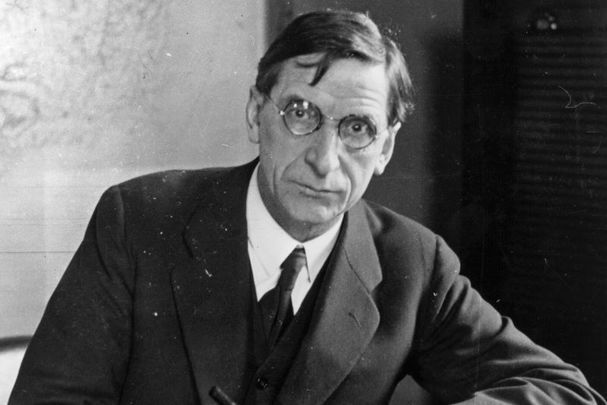 Last month, Taoiseach Micheál Martin said that he would like to hold a referendum to remove Article 41.2 from the Constitution next year, but he gave no firm commitment.

That’s the so-called “a woman’s place is in the home” provision inserted by the first Fianna Fáil taoiseach, Éamon de Valera, in the Irish Constitution in 1937.

The drafters of that document have long been accused of perpetuating stereotypical attitudes towards the role of women in Irish society and assigning to them a predominantly domestic role.

This is what Article 41.2 states: “The state recognizes that by her life within the home, woman gives to the state a support without which the common good cannot be achieved.” And that “the state shall, therefore, endeavor to ensure that mothers shall not be obliged by economic necessity to engage in labor to the neglect of their duties in the home.”

The article itself is largely symbolic, and over the decades since its enactment has had little practical value. For instance, there has never been a court case using it to address the situation of women who were forced into employment out of economic necessity.

Notwithstanding that, why in an era of wokeism is this ostensibly sexist and paternalistic article still in our Constitution? If government promises were to be believed, it would have disappeared some time ago.

The first call for its removal came in 1993 in a report called The Status of Women. And a Citizens Assembly in 2013 called for its replacement. In 2018 the then Fine Gael Justice Minister Charlie Flanagan promised a referendum which never happened, and a second constitutional convention in 2019 once again called for its modification.

The present administration in its Programme for a Partnership Government committed, yet again, to holding a vote on this constitutional provision. Yet here we are almost 30 years since it was first raised, after two constitutional conventions on this topic and numerous reports by various committees and we still have no movement.

It is, as one senator ruefully acknowledged, a topic “that we have been talking about forever.” And while the proposal to scrap the article completely is now off the table, there is still no agreement as to what the alternative wording should be. In essence a failure in political leadership.

There are a number of reasons why we have reached this impasse. The first is that the Constitution reflects a reality in Irish life.

Care work in the home has been undervalued and has often remained invisible. It is a fact that the unpaid work of family carers has contributed so much to Irish society, and in the vast majority of cases, that carer is a woman.

A 2021 Central Statistics Office survey found that where both partners in a relationship are employed full-time, women were more likely than men to report being mostly responsible for taking care of household chores. A more recent EU study found that twice as many women than men spent four hours a day or more on housework, a situation that has led to women facing burnout caused by the difficulties of managing career and family responsibilities.

While gender equality has come a long way there is still some distance to travel, especially when it comes to homemakers and the division of unpaid labor.

But a much bigger issue of concern for the government is the plight of family carers. These are the women and men who fill the service gaps at huge physical, financial and psychological cost to themselves. The unsung and in most cases unpaid heroes who act as a sticking plaster for our health care system.

It is estimated that one in 10 of the population is a carer, and collectively the state is saved somewhere between €15 and €20 billion per year because of their work. Their needs are many, made worse by a complete absence of any long-term government strategy to support family carers, without whom the health system would completely collapse.

While fine words will never put bread on the table, an acknowledgment of the importance of caring as a core principle in our society would at least be a good start. As the convention report stated in 1993, “Recognizing care as a core constitutional value is an important statement of our commitment to supporting care work and the roles of carers, which are often unpaid.”

So, what then are the options for any replacement wording? Frankly, despite the fact that the role of carer is predominantly carried out by women there is not much disagreement about the need to have a more gender-neutral text relating to “care given by home, family, and community.” The real problem, though, is expected to arise in relation to how such care is recognized.

Will any revised text lead to legal challenges in relation to social welfare entitlements? Will there be a demand for increased universal payments for carers?

Will any new wording use shilly-shally phrases like “endeavor to support” carers or “reasonable measures to support,” or will it clearly and boldly say that the state should support?

They say you should never ask a question unless you know the answer, and it is this caution that is at the heart of government procrastination. With Article 41.2, it’s a Pandora’s box, with government inaction in relation to carers undoubtedly a stick that will be used.

The responsibility for the wording rests, in the first instance, with Children’s Minister Roderic O’Gorman, who remains coy about his intentions. He is on the record as saying that there is a “genuine risk” that a referendum could be lost if it is not carefully worded.

The 1937 Constitution contained precepts that were “of their time,” though even for that era parts of draft Article 45 were too much. It stated, inter alia, that “the state shall endeavor to ensure that the inadequate strength of women and the tender age of children shall not be abused and that women and children shall not be forced by economic necessity to enter vocations unsuited to their sex, age or strength.” Thankfully this did not make the final cut.

Most historians accept that de Valera believed the state should support stay-at-home female carers financially. His critics say he just didn’t get the wording right.

Let’s see what the current crowd comes up with. If they get it wrong Dev may still have the last laugh.