Contributor Patricia Killeen, with a personal twist, traces the history of the Irish name Kathleen. 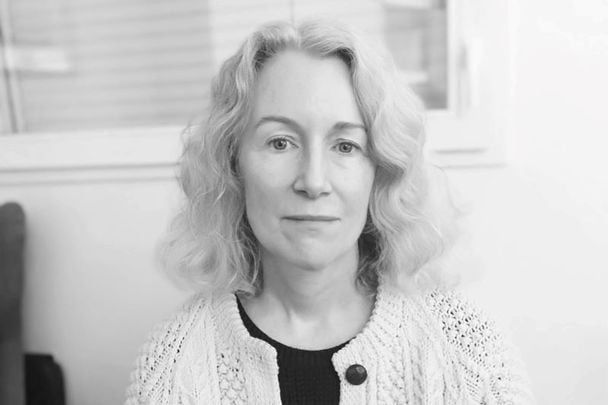 In IrishCentral's recent survey 30 favorite Irish names for girls, I was delighted to see that “Kathleen” had made its way back up the list to fifth place.

The article informed us that “Kathleen is an Anglicized variant of the Irish name Caitlín."

The Nameberry site mentions that “Kathleen” was a Top 10 name from 1948 to the 1970s, but by 2000 it had fallen out of favor. After being put aside for years, “Kathleen” is now making a comeback!

Its popularity in the mid-1900s might be attributed to two reasons. The song "I'll Take You Home Again, Kathleen," penned in 1875 by Thomas Paine Westendorf (1848-1923), songwriter, composer, and educator, was re-released by many of the huge names including Bing Crosby (1945), Johnny Cash (1971), and Elvis (1973) increasing “Kathleen’s” popularity and leading to the name becoming something an Irish cliché.

Surprisingly, "I'll Take You Home Again, Kathleen" was originally an American and not an Irish ballad! Westendorf, an American of German origin, deliberately wrote the song in the “Irish sentimental ballad” genre, to appeal to the wistful longing for home shared by so many Irish immigrants! He also injected a certain Irish-ness in his lyrics. In 1876, it was one of the two most popular songs in America.

Nevertheless, in Irish mythology and history, the name “Kathleen” is very much the real deal. Kathleen Ni Houlihan (Caitlín Ní Uallacháin, literally, “Kathleen, daughter of Houlihan”) is a mythical symbol and emblem of Irish nationalism found in literature and art.

William Butler Yeats, an Anglo-Irish Protestant, became extremely interested in Irish mythology. He co-founded The Abbey Theatre with Lady Gregory in 1904. He put his reputation as a writer on the line when he penned several openly nationalistic works. He believed “in the value of art to shape a nation and to change the world”.

His first nationalist work Cathleen Ni Houlihan, 1902, was a play that presented the powerful symbol of an old mythological woman who represented Ireland. The play initially depicted a happy Irish family in the lead-up to a wedding. Suddenly, the son stood up and said he was going off to fight for Ireland.

The play was interpreted as a cry to the early 20th century Irish to shake off their apathy and rebel. Although playing to full houses in The Abbey, it caused much controversy and Yeats was greatly criticized. Nationalists had pushed “Kathleen” to the forefront of Ireland’s stage.

However, in more recent times, celebrities and not politics may have shone the spotlight on “Kathleen” with people like American musician and fiddle champion Martie McGuire calling her daughter “Kathleen” in 2004.

I’m also delighted to see the inspiration of the name “Kathleen” continues for poets. As it has for U.S.-born writer and poet Rose Marie Burke, whose great-grandfather Martin Patrick Burke emigrated from Caherlistrane, Galway to Pittsburgh, Pennsylvania in the late 1880s. Her grandmother’s family were “Carrolls,” also Irish.

As Burke grew up, her family always identified themselves as Irish, not even as Irish-Americans. Looking back, she thinks the American part was assumed. In her ethnic neighborhood, there were people from Italy, Poland, Germany, and Eastern Europe living alongside the Irish.

Burke started to write when young and her first paid article appeared in American Girl Magazine when she was twelve. She lives in Paris where she works as a journalist and editor. Several of her poems have been published.

Burke first met “Kathleen,” a distant cousin, in 1980 on a roots trek to Galway. On the surface perhaps her “Kathleen” could have been seen as a cliché, but Burke asked herself “what was the difference between being authentic and a cliché? The male poet depicted in her poem (see below) seems inauthentic, “pretending and pretentious."

Burke feels “that writing or art is not the only way we create; we create when we foster a relationship, cook a wonderful meal … Authenticity comes from stitching together a meaningful life.

"Perhaps that means living with intention. Her “Kathleen” sought “to learn Irish and how to knit Aran stitches. It was not something handed down to her. The only thing actually handed down was her name.”

The last line of the poem boldly states in Irish: “This is a woman, this is a poet.” I feel there may be a warning in Burke’s words to those, like the scornful man, who might make the mistake of underestimating an Irish woman. Things are not always as they seem… Cathleen Ni Houlihan, Yeats’s eponymous heroine in the final act is metamorphosed from a bent old woman, into a young girl with “the walk of a queen!”

You dropped off my bottle of wine at Kathleen’s.

They are farmers, you said, disappointed.

The poet who, this once, had few words.

Well, I say, did she give you a sweater?

Like the one she tossed me on my last visit.

I still brush my hand over the yarn, adding the hours of knit and purl,

on winter evenings when the farm slept,

When Paddy went to the pub, Kathleen turned on the telly,

having created no children, she took needles and wool:

Stitch after stitch and row upon row

spilling onto and then over her lap.

And poet, I’ve forgotten your name.

Your poems, oh so earnest and European
broke out of the country

Yet, how dare you scorn this woman!

Her work was hard, too. Its construct I wear.

Its meaning stretches, breathes, and itches

You would mistake her build for a farmer,

This I tell you: Seo bean, seo file