GAA: Never ever, rule Kerry out!

Sunday's All-Ireland final, at Croke Park, will be a final for the ages between a great Dublin lineout and a Kerry team with outstanding potential that will seek to emulate the heroes of ‘55 and ‘75 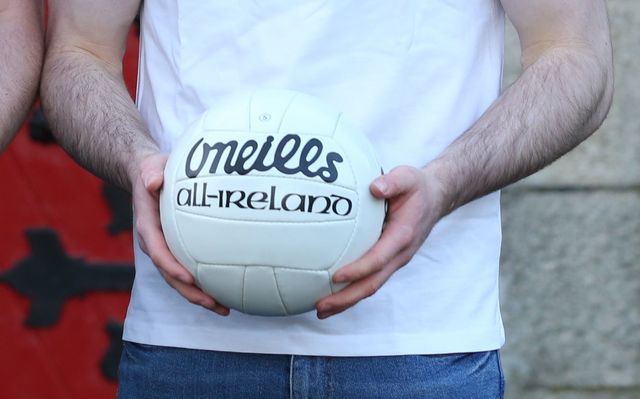 Sunday's All-Ireland final, at Croke Park, will be a final for the ages between a great Dublin lineout and a Kerry team with outstanding potential that will seek to emulate the heroes of ‘55 and ‘75

The All-Ireland finals in 1955 and 1975 are remembered with great pride by aficionados of Kerry football. In both years Dublin -- better known now as the Dubs -- were strongly fancied to win, but the men in green and gold emerged victorious and thus were assured of a special place in the Kerry pantheon of football heroes.

There is a great story told about the ‘55 final. The Kerry team traveled up by train and settled in at Barry's Hotel, owned by cousins of the young IRA hero who was executed by the British during the War of Independence. A big steak dinner was consumed, the rosary was recited and on the stroke of 9 p.m. the manager, the legendary Dr. Eamonn O'Sullivan, ordered his team to bed, stressing the importance of a good night's sleep before performing in the momentous event in Croke Park the following day.

Early to bed was not the custom of a few of the team, and four players, full-back Ned Roche, corner-back Micksie Palmer, center-half back John Cronin and wing half-forward Tadhgie Lyne, made their way out of hotel windows and back doors to a waiting taxicab whose driver was instructed to get them away from the excitement of the city to a room where they wouldn't be recognized and they could enjoy a few pints.

The driver brought them to a lounge bar in the Curragh area of Co. Kildare. The owner was apprised of his important guests and he found a private room for them. He was not a big football supporter, mainly concentrating his energy on horse racing in the Curragh Racecourse nearby.

He did, however, have a "book" which included some bets on the All-Ireland, with the Dubs listed as close to 2-1 favorites.

His distinguished Kerry guests lauded the quality of his pints of Guinness, and it was close to two in the morning before the same taxi man dropped them back to Barry's.

The two stars of that Dublin team in those years were Ollie Freaney playing at center-forward and Kevin Heffernan at full-forward. Two of the nocturnal wanderers were pitted against the Dublin heroes. Roche had the better of Heffo and the elegant Freaney scored a late goal but was successfully marked by the robust Cronin.

Lyne kicked six wonderful points from long distance, a massive contribution for his team. And, based on his outstanding display, Palmer was partnered with the other corner back, the abstemious Jerome O'Shea, as joint recipients of the prestigious sport stars of the week award by the Irish Independent. Kerry won that All-Ireland 64 years ago by 0-12 to 1-6.

The last part of the story concerns the Kildare bar owner who, when he witnessed the late-night carousing by the Kerry stalwarts, reckoned he could not go wrong offering odds of nearly 3-1 against a Kerry victory. There were plenty takers. He explained later that he limited his "book" to horse racing bets after that costly learning experience!

Skip forward 20 years. Dublin won the 1974 final, showing a new exuberant style anchored on an impressive level of fitness and tactical combination play. Their approach was widely described as scientific, the same adjective that was used about the 1955 team to distinguish them from the traditional catch-and-kick style associated especially with Kerry.

Mick O’Dwyer had taken over as the Kerry manager, and he focused all his attention on building a young team that aimed to surpass the Dubs in fitness and skills.

When the teams met in the final in September 1975 the main talking point centered on an incident after 17 minutes where the Kerry captain, Mickey "Ned" O'Sullivan, while driving through the Dubs’ defense, was heavily tackled and ended up unconscious in the Mater Hospital, oblivious of the result until he woke up the following day. His marker, Alan Larkin, assured me over a couple of pints a few years later that the real culprit was the ground where Mickey bounced his head when he fell heavily!

The intense rivalry between the two sides dominated Irish sport for the next 10 years. Despite the hard knocks and intense competitiveness of their matches, the players developed friendships that blossomed every year at the Listowel Races and in pubs in Raheny and Drumcondra at various football gatherings.

This year's final is another major sporting event because winning it will elevate this Dublin team to a special status as the first senior team to win five championships in a row. During what Kerry people call "the golden years,” Dwyer's charges almost reached these heights but Seamus Darby intervened and ended the dream with a memorable late goal for Offaly in September of 1982.

It is ironic that now only Kerry can prevent the Dubs -- who are firm favorites to win -- from taking the Sam Maguire Cup for the fifth sequential year.

After defeating Mayo easily in the semifinal the three commentators on RTE, Colm O'Rourke, Tomas O’Shea and the indefatigable Joe Brolly, outdid each other with superlatives describing the sublime footballing performance by the Dubs in the second half. Shock and awe!

No team could come close to matching the tour de force of the first 20 minutes after halftime. It was an enthralling spectacle akin to a beautiful dream where an art lover luxuriates in a roomful of Vermeer paintings.  One journalist wrote that it was like Mayo opened the door to see if it was raining outside and they were hit by a tsunami.

Is Kerry without hope then against such a dominant team? Certainly not. No Kerry team comes to Croke Park thinking they will be beaten.

The Kerry forwards will at least match the Dubs in that attacking feature of the match. David Clifford, Paul Geaney, Stephen O'Brien and Seanie Shea are excellent, top-class players.

Midfield is problematic because Kerry has not found a partner for David Moran. The man who dominated the minor championship in 2014 and 2015, Kerry midfielder Mark O'Connor, standing at 6’3”, is unavailable because he is now a regular for Geelong which is top of the senior league in Australian football. He hails from Dingle where his fielding ability was often compared favorably to Paddy Kennedy from nearby Annascaul, reputed to be the best high-catching midfielder in the country in the 1940s.

Mark has promised that he will come back to play for his county. Geelong is all about making a good living; playing with Kerry in Croke Park remains his boyhood dream.

The Kerry backs have improved and are well-organized, but it remains to be seen if they can deal with the wave attacking movements of the powerful Dublin players going forward.

Character matters on all big sporting days and the All-Ireland football final is arguably the premier day of Irish sport. Peter Keane, the Kerry manager, has been coaching most of the team since their minor days, and he knows the men who can take the big pressure and who have the potential to deliver before a crowd of 80,000.

The Kerry jersey and all the proud history that goes with it bring out the best in young men honored to represent the county.  The players will be reminded of past glories when teams from the county were underdogs but defied the odds on the big day.

This will be an All-Ireland final for the ages between a great Dublin lineout and a Kerry team with outstanding potential that will seek to emulate the heroes of ‘55 and ‘75.

Read more: Drive for five - Dublin gears up for All-Ireland final against Kerry