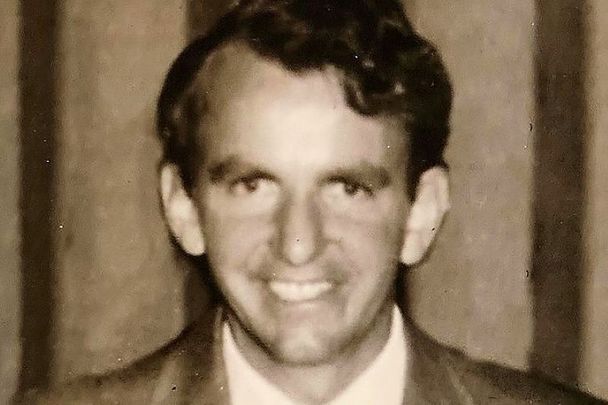 In relatively recent times we’ve lost a few powerful GAA personalities, and sadly Billy Kenneally is the most recent of these great Gaels.

Billy, 86, passed to his eternal reward on April 15. Since arriving in the Big Apple Billy over 60 years ago, he was deeply involved in the GAA right up to the very end.

In many ways he was the quintessential GAA personality as once his playing days ended, he espoused the core values of the association by volunteering and helping out wherever a need arose.

He wasn’t long in New York before he made his presence felt as he captained the Cork junior hurlers to championship honors over Waterford in 1962, and the feat was repeated in 1963, with St. Brendan’s being the vanquished.

When his playing career ended Billy continued to be very active in the Gaelic Park scene, whether it was acting as an umpire, controlling the entrance gate, or being a linesman; the latter role certainly was his forte.

Naturally given the competitive nature of Gaelic games, occasionally there might be a bit of controversy or confrontation. Well, Billy could always be relied on to rule without fear of favor.

Billy was always a welcome presence in the press box as he could enlighten us about on-field proceedings from his vantage point or enlivened an emerging debate. Then, as the playing season progressed with more important games being played in Gaelic Park, Croke Park, and various provincial centers, you could find Billy holding court on Monday morning at the corner of 239th Street and Katonah Avenue with a few armchair midfielders or Monday morning center forwards analyzing the weekend results.

Father Brendan Fitzgerald, pastor of St. Barnabas, noted in his homily that he was not surprised by the outpouring of love and support for Billy as evidenced by the large crowd in the church and the funeral home the previous two evenings. He noted that Billy was not just a great GAA man, but also a great husband, father, grandfather, and family man while also being a great neighbor and community man.

Indeed, many a young immigrant got their first job and apartment through the intercession of the well-connected and highly regarded Billy. In many ways, the energetic and selfless Cork man was the unofficial mayor of Katonah Avenue.

However, Fitzgerald did note that he was greatly surprised by Billy’s age, as he had him pegged around the early seventies. He attributed his youthful longevity to hard work and a healthy lifestyle as Billy had just retired a few months ago from his superintendent’s job, a position he was in for nearly half a century.

Billy got a great final sendoff as there was a guard of honor from the Cork GAA, the Cork Association, and even Fitzgerald, a Kerryman, wore red vestments, the Cork colors, as he sent Billy on the way to his heavenly journey.

Billy was born in Glenlara, a hilly district, in the Newmarket area in Co. Cork. He was one of 15 raised on the family farm where all hands worked long hours.

Then like many of his generation, he took the emigration trail following older family members to the United States. Many of the immigrants would eventually find employment in the transit system, the telephone company, Con Edison, construction, police, and fire departments.

However, the Kenneally family took a different route as they went to work on ranches in Oregon. Billy spent four years herding sheep, trailing cattle, and riding in rodeos before he was drafted into the United States Army. He spent two years stationed in France and upon his discharge, he returned to Oregon for two more years.

However, a trip to visit friends in New York in 1961 changed the trajectory of his life. He discovered Gaelic Park, and that certainly became a central part of his life. Billy also discovered the very vibrant Irish American social scene in the Big Apple, and he took to the dance floor as a fish would take to water.

Billy’s good nature and inherent helpful tendency would eventually land him a life partner. He met Marna at a dance in 1968, and of course, Billy, ever the gentleman, offered to drive Marna and her friends home, and as they say, the rest is history. In February 1969, Billy and Marna were married in St. Patrick’s Cathedral. The union would produce two daughters Tara (Mulligan) and Alma (Certa).

Initially, Billy worked in Local 18A and subsequently joined the Paper Handlers’ Union and worked with The New York Times until his retirement in 2000.

When the Kenneallys moved to Woodlawn in the mid-seventies, they became supers of the corner building on 239th Street and remained there until they moved to Carolina a few months ago. Billy was a very active member of St. Barnabas Church and the County Cork P. & B. Association for over 50 years, and he proudly marched on Fifth Avenue every year.

Billy will be sadly missed by his wife Marna, daughters Tara and Alma, grandchildren Ronan and Shannon, and siblings Dave, Kathleen, and Frank plus his many nieces and nephews and all who knew him.

I have also been informed that Oliver O’Donnell, a former chairman of New York GAA passed away at his home in Thurles, Co. Tipperary. Oliver had a long involvement with the New York GAA, first as a player and later as an able administrator. The Tipperary man was one of the honorees at the 100th anniversary of the New York GAA in 2014.