Forget the blarney! What it actually costs to live in Ireland

What are the bills? An average breakdown for the cost of a month’s spending in April Drew's house to give you an idea of what you will need. 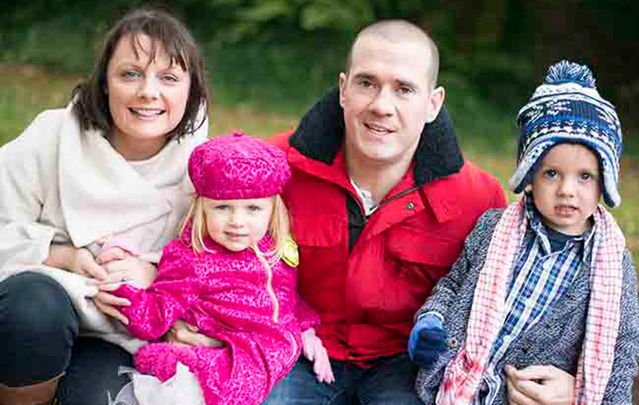 It’s been a few months since I wrote. Life is on the fast track and sometimes I don’t take a breath to enjoy it all. My inbox is still showing red with lovely messages and queries from those of you thinking about moving back to Ireland or even moving to Ireland for the first time.

There is a common theme running through all correspondence – mainly fear. Fear of taking the leap. Most of the emails I receive are those of you asking this author should they make the move. I always begin the replies (to those of you who I have managed to reply to that is) with the same sentiment.

I can’t make this decision for you. All I can do is tell you what my own personal experience has been. We all have different supports in Ireland, we have different job aspirations and different skill sets to gain employment. Some of you would be returning with a family, others won’t. Some of you have some family to return to, others don’t.

We are a family of four. My husband and I have two children, Colum (4) and Sadie (2). We moved home two and a half years ago. The effects of the recession had begun to slowly disappear. It certainly wasn’t as bad as the previous three years, that’s for sure.

After a year back in Ireland we purchased a home that was 38 percent less than what some of our neighbors paid in the boom. John got a job three weeks after getting home in a local American company and I was lucky enough to have two skills behind me.

The skill of being able to do Irish Sign Language fluently (I’m a qualified interpreter) and the nine years of experience I had in the Irish Voice working as a reporter on the ground. Because of the shortage of Irish Sign Language interpreters in Ireland, I was back at work five days after stepping off the plane.

A year later I launched my own wedding publication in Limerick and last November my second one in Kerry. I put the skills I had acquired over the years in the Big Apple to good use and am now making a good living from them. It’s a lot of late nights and days away from the kids but it allows us to have a better quality of life than we had in New York and a bit of extra cash to spend on fun days and nights out with our family and friends.

I’m not saying if you move back to Ireland in the morning that everything will smell of roses. We don’t have any guarantees in life that it will all work according to plan. All we do is live our lives to the best of our ability. We try to be kind to each other and those we encounter, and we don’t take anything for granted.

John and I work hard for what we have and enjoy what we do. We didn’t have a leg up returning home but we did have skills that allowed us to get certain jobs. We also returned with enough savings for a deposit of our home (20%), enough cash to buy two second-hand cars (eight and nine years old) and about four months of living expenses.

It’s nice to take a few weeks to catch up with old friends and family upon your return, but it’s equally important to start searching for jobs the minute you step off the plane. It could take a few months to secure something that will pay the bills.

So what are the bills? I’ll give you an average breakdown for the cost of a month’s spending in our house and this will give you an idea of what you will need. We are a family of four living in a detached 1,900 square ft home. We have a small back garden and no pets. We live in a housing estate in a village in Tipperary on the Limerick border (about 15-20 minutes into Limerick City, 10 from the University and 10 from John’s work).

Here is a rough average of our monthly bills:

Most of these costs would be associated with families. Of course, if you only had one car then the insurance would be less and so would the gas. You could also budget better and shop in more affordable stores like Lidl and Aldi to reduce the cost somewhat. We also have to feed a third adult (Meike).

The kids are young enough that they don’t eat a huge amount, but they are old enough that we don’t have to buy diapers or formula. The kids are also that big young for activities (which of course is an added luxury). Colum will be taking swimming lessons which cost $90 (€80) for six weeks.

Recreational costs would vary for the kids. It’s pretty much the same cost as it is in New York so it’s really up to what you can afford to send the kids to, their age, and of course their interests.

On the plus side, the state gives each family a supplement for having kids. We receive $306 (€270) a month for both children. This is available until the children turn 18. Apply for it immediately upon returning and they will back pay you to the date you arrived to live in Ireland when it eventually comes in.

The rates are as follows:

Like New York, there is a waiting list for schools. All schools in Ireland are public (and pretty good standards). There are a few private schools, but I haven’t come across one family with children primary school age attending a private educational institution. I’m not saying it’s not done, of course, it is, maybe more so in Dublin, but I couldn’t tell you the cost of such an education

We had our son registered in an all Irish speaking school but we just found out this week that he didn’t get his place. It’s a newish school so siblings got first preference and then those who were registered since they were bumps in their mother’s tummy – I kid you not. He was two when we returned from New York so he was way down the list. I am very disappointed as the Irish language is very important to us, but we won’t give up hope just yet. For now, he is registered in the local English-speaking school in our village and it’s also a great school so I’m sure he will get on just fine. I’ll just have to teach him the Gaelic myself.

As for employment, are you going to step off a plane and walk into a job? Probably not but get your CV (resume) together if you are thinking about moving home, start job hunting, and upskilling yourself while living stateside. Minimum wage is $9.81 (€8.65) an hour. Not a huge pile but it’s a start. It’s not so great if you have to pay someone to mind your children while you work.

So there you have it. A rough guide to the cost of family living in good old Ireland. I’m not sure if it makes your decision any easier or harder, but it will shed some light on some of the bills you will face as a family. If you are single it will be significantly less of course.