IrishCentral Contributor Bruce Blake reflecting on wordplay as a source of distraction. 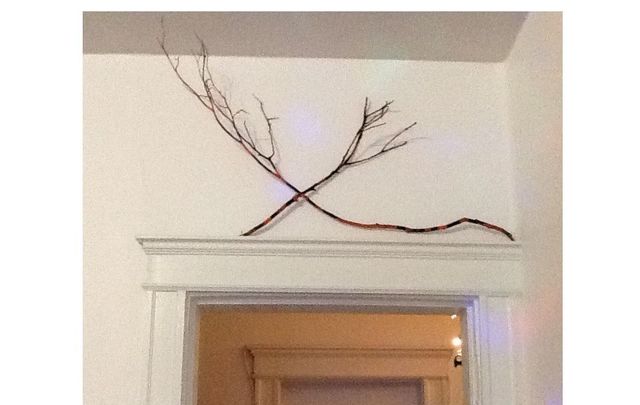 The winds blow and the clouds darken, or the rain simply doesn't come and the crops in the field fail to ripen.

That some of these difficult things may happen is predictable, but we do ourselves a disservice if we fail to learn from them.

And sometimes we all need just need a bit of a distraction, and especially during a global pandemic.

So as I walked, my mind slid back in time, to play with the few German words that I still half-remembered from living and working in Austria. German certainly isn't Gaelic, but it can still be fun if you let it be. A mental puzzle of sorts, attuned to a difficult time for all of us.

Eventually, I settled on "gefindiert", the German word for "found" as my mental toy for the moment.

It's an odd-sounding but somehow comforting word that came with many memories. And for me, at least two additional, slightly more nuanced meanings:

1. To purposely seek out something that cannot easily be located (not found)

2. To search for one thing, and then to unexpectedly stumble upon another, often completely opposite from whatever was initially being sought (found, but...)

I knew both kinds of searching and (possibly) finding quite well. And they had offered me life lessons in the past.

1. Culture shock is a real thing and it sharpens you if you let it. Seemingly simple day-to-day needs, like grocery shopping, or a brief telephone conversation can sometimes become unexpectedly epic sagas in the making.

One time shortly after my arrival in Vienna, I discovered that I needed light bulbs. So after finding a store that looked promising, I haltingly attempted to explain myself in broken, child-like German to the man behind the counter. He was un-amused. His English was almost as non-existent as my German, and he seemed pretty uninterested in helping me.

I smiled. I gestured. I even tried to draw a picture. But Counter Man was having none of it. Eventually, he shrugged blandly and turned his dark, sad eyes away to indicate that our conversation, such as it was, was now over.

But I still needed light bulbs.

So I walked the length of each aisle in his store. I peered intently at each item in turn, while silently kicking myself for not learning the words for "light bulb" beforehand. My perseverance paid off however when I eventually discovered a large pile of bulbs at the far end of Aisle 4.

2. In my free time, I liked to explore Vienna with no specific destination in mind, purposely leaving things to chance. This frequently led me to the Alte Stadt in the city center, an ancient neighborhood right out of the Brothers Grimm. I enjoyed the architecture and the horse-drawn carriages clip-clopping over the cobblestones.

Into the corners of some streets, small bits of brass had been set into the pavement. I learned later that they were called Stolpersteine, or "stumbling blocks." But I never took much notice of them as I walked, thinking them only decorative, and said as much to a friend as we were walking there one sunny day.

Usually, gloomy Vienna looked its best that afternoon, and we were chatting amiably as we waited for a stoplight to turn.

"They really catch the light when the sun is out, don't they?" I said.

My friend frowned, pointed down at the Stolpersteine around my feet and asked: "You know what those are, right...?"

I said that I did, but clearly, I did not.

She pointed again and told me: "Look more closely at them.  See what they say?"

Then I noticed the printing on each one, and how groups of them were clustered at each corner. Each contained a single name and a date. The ones at my feet were all from the 1930s. And many had the same last name.

It suddenly dawned on me that the brass markers were the equivalent of gravestones and that the names were those of people--mostly Jews--who had lived on this street and were removed by the Nazis during the Holocaust, never to return. In some cases, these small brass plagues were all that remained of entire families.

Once I knew this, I saw them everywhere. Each one glinting up from the street to reflect the wan Vienna sun, while silently shouting out the names of those whose lives had been viciously and summarily ended--but who would also now not be forgotten. Grisly, but also somehow comforting in the same breath.

So with my memories and wordplay ended, what would I find in the here-and-now of my walk today? Sticks. Still wet and fragile from the violent storm that had blown them down only the day before. And these finds surprised me too.

I found myself following a quiet path uphill, between a veterans' home and a school. Branches littered the park that's just below the hilltop there.  At the summit, I could clearly see a nearby hospital, which might already be full of dead and dying, or not. From outside, there was simply no way to tell. Just ominous clouds still clustered above and behind it.

The weather, the sticks, and the unique vantage point all combined to get me thinking thoughts of calamity and unwanted change again. And of plagues, like in Exodus 12:23 where it says, in part:

"...and when he seeth the blood upon the lintel, and on the two side posts, the Lord will pass over the door, and will not suffer the destroyer to come in unto your houses to smite you."

So I took home some of the sticks I had found, and painted them: Black, for death, and grief and sadness, and shadows, and earth, and our home planet.

For the solid ground that's always underfoot, as the "dirty" source of everything that grows, and where we eventually all return to when we finally cease to grow.

Also, orange, which rhymes with nothing. And is a color that often indicates a major hazard or a dire warning.

And then I put these sticks up over my own door as a perpetual reminder.

Because to "stick" is to stay connected and in touch.

Or where things sometimes catch or go wrong.

On charts, the "hockey stick" is where there's exponential growth. And stick rhymes with sick.

So I was building my own daily chance to remember: That remembering isn't denial, and denial isn't remembering.

And forgetting isn't an option.