Family history, family mystery - where did my Irish great-grandfather end up?

IrishCentral Contributor Pat Gannon-Leahy appeals to any Gannons or Learys for help in piecing together his family history. 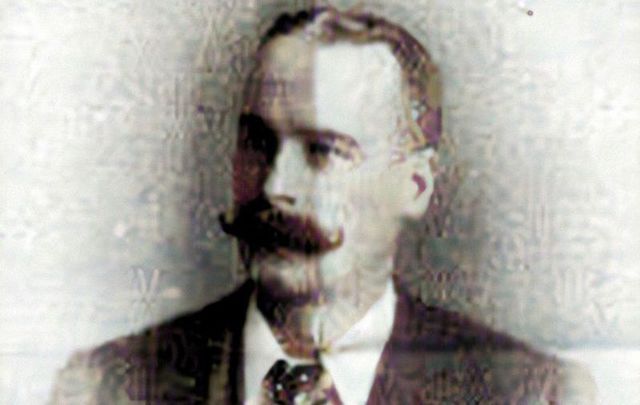 My grandfather Edward Charles Gannon-Leary (aka Ted) was London Irish, born in Chelsea of Irish parents. He died when I was eleven but I can still remember his idiomatic London English.

I can remember Dad telling me that Ted’s father had been in the 11th Hussars, also known as the “Cherry Pickers” which, to a child, sounded very romantic.

I knew little more about my Irish heritage at that stage but, after the death of my parents, I became interested in family history and began to explore this in more depth.

My grandfather Ted's father was Patrick Joseph Leary and he married Elizabeth Gannon. The combining of the names came later and thereby lies a tale.

Patrick hailed from Cork and Elizabeth from Dublin. She came from a military family and her father John Gannon was a sergeant in the 8th (King’s Royal Irish) Hussars. He actually participated in the Charge of the Light Brigade – and survived. However, he died nine years later leaving a widow and three children, Elizabeth, Amelia, and John. Amelia was sent to the Royal Victoria Patriotic Asylum for Girls in Wandsworth and John junior to the Royal Military Asylum in Chelsea. Apparently, children who had lost their military fathers were treated as orphans even if they had mothers living and they were given charitable support. Elizabeth was lucky enough to escape institutionalisation as she was older and she went on to marry Patrick.

Patrick’s father had been a soldier, too, and Patrick had enlisted in the Grenadier Guards as a drummer boy but was invalided out in 1879. At this point, he adopted the surname Gannon and, using this, enlisted in the 11th Hussars in 1880.

He and Elizabeth had six children, including my grandfather Ted, the four oldest being born in Chelsea, the two youngest being born in Ballincollig, Cork and Templemichael, Longford. The Army Births and Baptisms records for the children are interesting as some of the children are registered twice, once under the name Gannon and again under the name Leary. It is clearly around this time that the names became interchangeable and later hyphenated.

Around 1891, Patrick Leary seems to have disappeared and resurfaced as James J Gannon, a sergeant in the Reserve Force Cavalry which is how he appears in the census of that year. He is given the attribution of head of the household and father of four of his children who are living with him at that point in Aldershot, Hants.

Family myth has it that Patrick emigrated to America in search of gold. Certainly, one J.J. Gannon appears on the passenger manifest of the Numidian ship of the Allan Line, passenger destination being Halifax, Canada. The family album contains a photograph of Patrick taken in New Brunswick around this time so it looks as if he was using the G-name again at this stage!

And then our Patrick disappears. My hopes were raised when I found one James Gannom (which I assumed was a transcription error) based in Dawson City, Yukon and working as a miner. However, these hopes were dashed when I later corresponded with someone who was writing a history of the Dawson City inhabitants of that time.

The family album has one picture of Elizabeth and Patrick together and pictures of Elizabeth as an elderly lady when she lived in Frimley, Surrey, and took in laundry to make a living. None of her children pursued military careers. However, the horsey element of the Hussars surfaced when the oldest son, John, was apprenticed to a racing stables. He and grandfather Ted went on to run a coal merchants’ business and I believe that Ted provided horses for the military during the first world war.

Elizabeth died in 1912 and is buried in St Peter’s Churchyard, Frimley, Surrey. Where Patrick ended up remains an intriguing family mystery.

I keep hoping that DNA analysis may lead me to find more of his descendants – perhaps he had a whole new family in North America?

Any Gannons or Learys out there who think they might be able to help shed light on this story?